UKRAINIAN VILLAGE — An apartment building proposed for a vacant lot at the corner of Grand and Western avenues in Ukrainian Village got City Council approval Wednesday.

RDM Companies secured a needed zoning change to construct the building at 2405 W. Grand Ave. It will feature ground-floor retail and 40 apartments on upper floors.

The approval marks the latest and perhaps final chapter in a tumultuous year for the lot, which has sat vacant for decades.

In October, neighbors rallied against a gas station a developer wanted to build on the site, expressing concerns about the impact on air quality and traffic safety.

Neighbor Scott McKenna organized a petition against the gas station, which received more than 200 signatures. The lot is two blocks from Smith Park and about four blocks from Mitchell Elementary School.

After a contentious community meeting in December, the developer backed out and the site has sat vacant.

In March, RDM Companies approached neighbors with the plan to build the apartment building, which will include about 4,700 square feet of retail on the ground floor. The entire lot is around 11,000 square feet.

The developer proposed building six off-street parking spots at the site, which some neighbors criticized as too few.

The site’s proximity to the Grand Avenue Metra station and the Western Avenue bus line qualify it as a transit-oriented development, allowing RDM to build fewer parking spaces than typically required.

At a community meeting in April, RDM managing partner Jim Panella proposed a compromise of 12 parking spots. The final plans will include 11 spots, which will be accessible from an alley behind the building, according to plans submitted to the city. 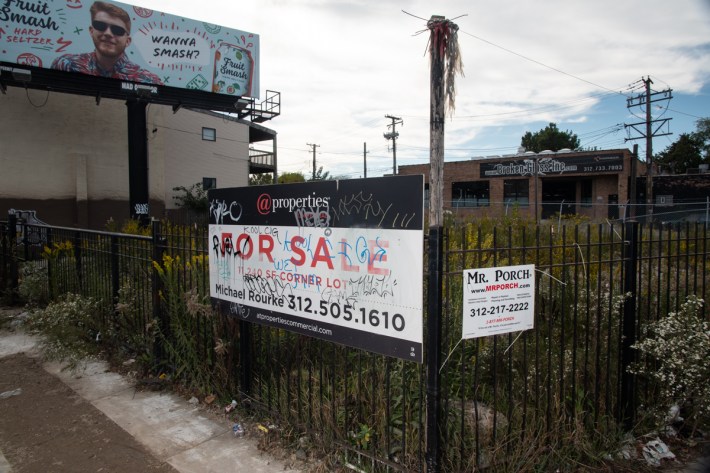 Credit: Colin Boyle/Block Club ChicagoThe vacant lot that will be home to 40 apartments near the intersection of Grand and Western avenues in West Town on Oct. 19. 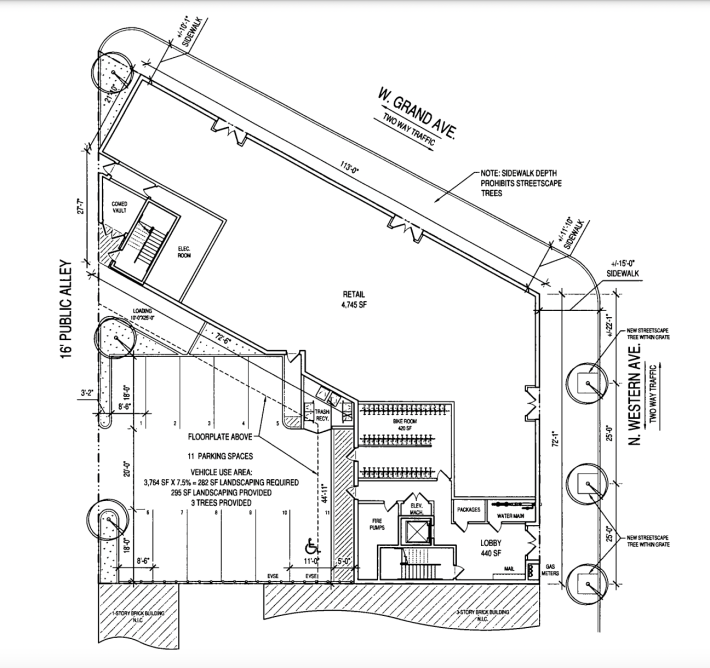 Credit: ProvidedGround floor plans for a 40-unit apartment building planned for the southwest corner of Grand and Western avenues in Ukrainian Village