CHICAGO (CBS) — Five people killed and another 20 wounded in Chicago shootings this weekend.

This as President Joe Biden signed one of the most significant federal gun control bills in nearly three decades. But will the new law make Chicago any safer?

CBS 2 Investigator Megan Hickey is digging into that question.

"We need more federal assistance in enforcing this new law."

Chicago Mayor Lori Lightfoot delivered her message to the nation Monday morning. She applauded the bill signed over the weekend for strengthening penalties against straw purchasers in an interview on CBS Mornings.

She pointed to illegal guns as a source of the majority of gun crime in Chicago.

"We need additional tools to be able to fight against this tide of illegal guns," Lightfoot said.

But what some lawmakers tried and failed to do is ban assault weapons and restrict firearms purchases to those under the age of 21. Assault weapons, like the one police said was used this weekend when two men boarded a CTA bus and fatally shot a 17-year-old in the head.

Sources said the gunmen were carrying an assault rifle and another automatic weapon, at least one of which was recovered in a grassy area next to the shooting scene.

"We’ve seen an uptick in the semi-automatic handguns that are being recovered a crime scenes you know, the more bullets, you can shoot the more people, you can kill."

Kathleen Sances said the Gun Violence Prevention PAC has been advocating for this kind of federal legislation for years, but agrees that much more needs to be done regarding assault rifles and high-capacity magazines. 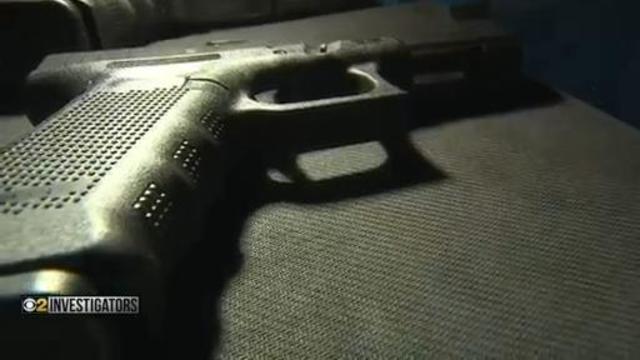 The legislation also comes as CPD’s Mass Transit Detectives released surveillance photos of the suspects responsible for a June 15 armed robbery on the Red Line.

Sances and Lightfoot are in agreement that federal help is necessary — as data shows nearly 60% of guns recovered in Chicago come from out-of-state dealers.

"The federal government finally has answered the plea."

From its perspective, the NRA said that the legislation signed this weekend "falls short at every level," saying the bill leaves too much discretion in the hands of government officials.