Hoping to become the new hot spot for the next presidential cycle, top Illinois Democrats will make an unusual public pitch later today as to why the Land of Lincoln should join New Hampshire in being one of the first states – if not THE first – in the nation to hold its presidential primary in 2024.

Illinois Democratic Party Chair Robin Kelly is expected to lead the presentation to the Democratic National Committee, accompanied by, among others, Illinois House Speaker Chris Welch, Illinois Comptroller Anna Mendoza and, if his schedule permits, Sen. Dick Durbin. The case-making will be streamed live on DNC’s YouTube channel.

For decades now, New Hampshire has led the quadrennial Democratic parade, preceded only by the Iowa caucuses. But Iowa’s position has slipped thanks, in part, to the chaotic vote tally in 2020. So the DNC’s Rules and Bylaws Committee is reportedly eyeing a new system in which one state from each of the country’s four main regions would go first, with a fifth state to be added later.

Illinois is said to be bidding for the Midwest regional slot, with Minnesota and Michigan also said to be in the mix.

The pitch will have two main elements:

1. That it’s a diverse state that is home to lots of minority voters who are among the party’s most loyal backers.

2. Changing state law to move the primary date up from its usual slot during the third week in March will be no problem since Democrats control both chambers of the legislature and incumbent Gov. J.B. Pritzker is a Democrat.

A final decision is expected before Labor Day. I’m sure lots of Democratic voters here would like to see their vote really count in selecting the party’s nominee for a change, rather than waiting for other states to make the call. 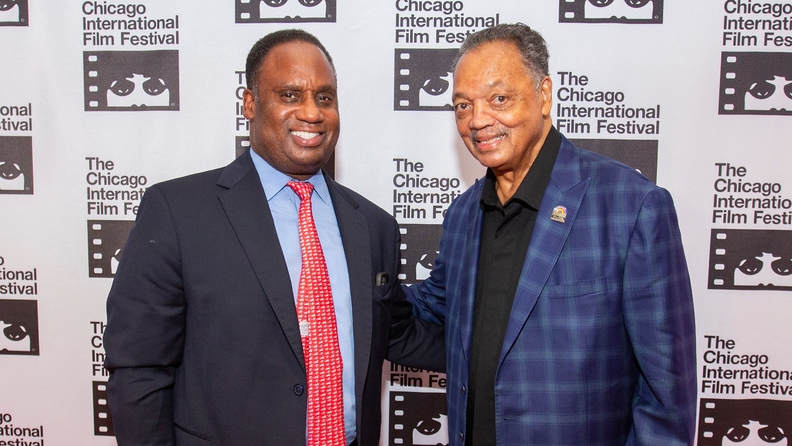 As that D.C. show gets underway, intrigue is continuing to build over the influence of crypto money – now over $1 million – in the race to succeed U.S. Rep. Bobby Rush, D-Chicago, in Congress.

When I wrote about this earlier in the week, a PAC funded by a crypto billionaire had just committed $500,000 to an independent expenditure promoting the candidacy of businessman Jonathan Jackson. Now comes word that another group with crypto ties, Web3 Forward, is spending just under $500,000 in an effort to back Jackson.

Federal Election Commission records indicate Web3 has been funded by another independent expenditure group, Washington-based GMI PAC, which received $250,000 from Crypto Innovation and another donation of $987,000 in Bitcoin.

Some political insiders are pointing to Jackson’s senior campaign advisor Clem Balanoff, a former state rep, as the focus for all of this. In a phone interview, Balanoff conceded the campaign did fill out a questionnaire about crypto regulation at the request of the Graham Institute for Web3 but noted the latter is not a registered independent-expenditure organization.

There’s at least some truth to that. A consultant working for another candidate who asked not to be named was emailed by a representative of the Graham Institute for Web3. In the email, the individual described Web3 forward as its independent expenditure “affiliate,” and noted that it had begun activity in other states.

The letter asked for a 30-minute meeting with the candidate “to hear his thoughts on the crypto space and see if our issues align.” That session did occur, I’m told, but nothing came of it.

Either way, someone needs to get to the bottom of this increasingly murky tale in which a historic African American district could be converted to crypto central. Since campaigns aren’t supposed to have any dealings with “independent” expenditure groups, don’t be surprised if someone files a formal complaint with the Federal Election Commission quite soon. 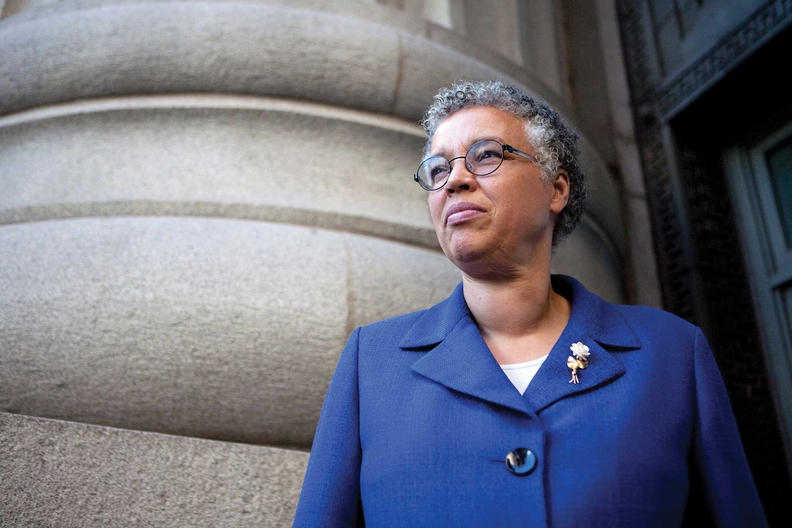 Just in time for her re-election race, Cook County Board President Toni Preckwinkle today is issuing a preliminary budget forecast for 2023 that includes a minimal projected hole of $18.2 million, just a small fraction of the comparable figures from recent years.

The budget cites booming sales and other tax receipts as well as an influx of $1 billion in federal COVID-19 relief funds being spent over several years, much of it on equity investments.

The budget, which looks like it will be a bit above $8.1 billion, also projects inflation will begin dropping with a vengeance in the second half of the year, hitting an annualized rate of around 5% by year’s end.