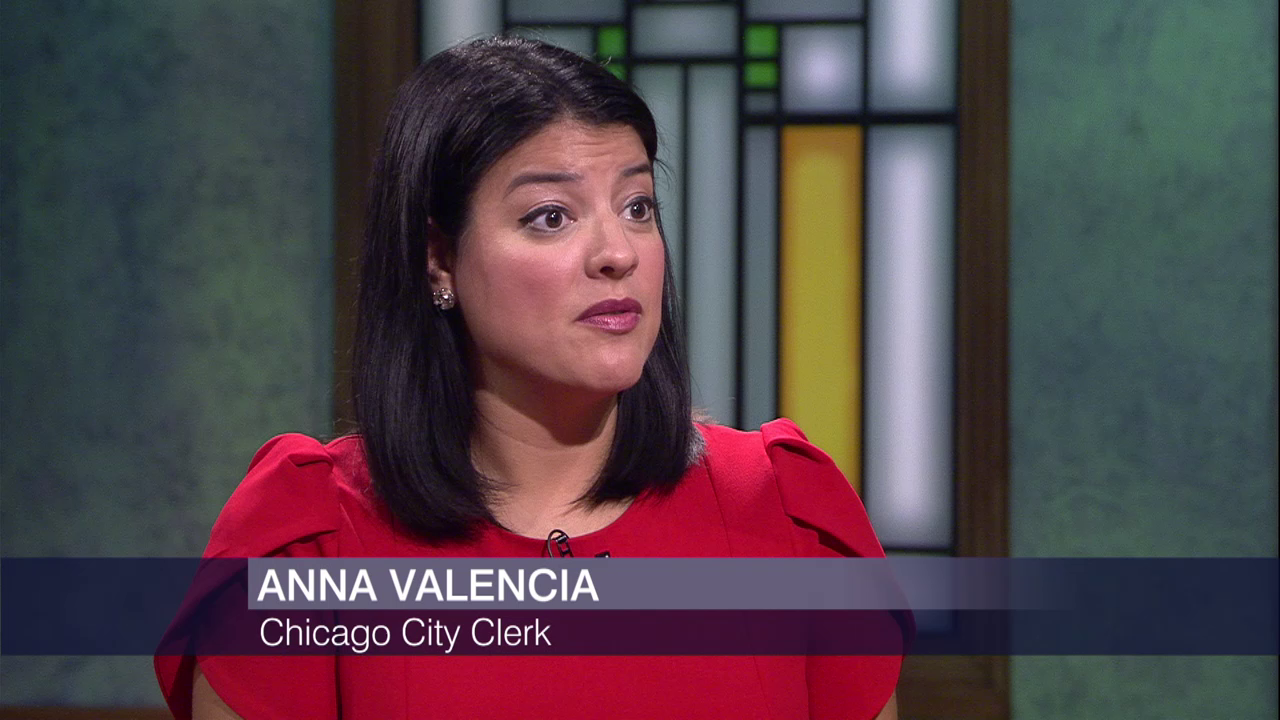 Why are officials in New Orleans, of all places, investigating Chicago City Clerk Anna Valencia?

That’s the latest development in the tale of how official activities by the clerk appear to benefit her lobbyist husband and his clients—and how this might affect her in the hotly contested race for the Democratic nomination to succeed the retiring Illinois Secretary of Jesse White.

The latest revelations have already become campaign fodder, with another secretary of state contender, Chicago Ald. David Moore, arguing that they show “elected officials using their political positions to enrich themselves.” They also at least tangentially involve Mayor Lori Lightfoot, though her office says she knows little about the matter.

A few weeks back, I reported that Valencia’s office had only grudgingly released hundreds of emails that should have been easily attainable under the state’s Freedom of Information law. There was no apparent “smoking gun” in the emails, I reported then, but a fair amount of sloppiness, with Valencia appearing to freely mix personal, political, city and family matters all together on her official city email account, sometimes in questionable ways.

Others, however, kept looking, and a few days ago Mark Maxwell, a reporter for downstate TV station WCIA, posted a story that went farther. It said that Valencia has “spent a significant portion of her time in office paving the way for projects that directly benefited her husband.”

The story got picked up in New Orleans, where a company that lists Valencia’s husband Reyahd Kazmi as a managing director is involved in a nasty contract dispute, so nasty that emails mentioning Kazmi—and Valencia—have been subpoenaed by a member of the New Orleans City Council.

The company involved is named Ignite Cities. Its business is focused on “smart” urban technology that uses everything from kiosks to advanced credit-card technology to better connect citizens and their government. Valencia has used a version of that technology in her own office with her CityKey program, which offers a municipal ID to undocumented immigrants, a program Valencia has said she hopes to take statewide if she’s elected secretary of state.

Anyhow, there is no question Kazmi is being compensated by Ignite Cities. Kazmi won’t say how much, but according to Maxwell’s story he got $50,000 just for one job on a project at the Near West Side Medical District. A district press release at the time quoted Kazmi, as managing director, saying it would “deliver enhanced citizen engagement, transformed infrastructure and responsive digital services.”

New Orleans enters the picture because it recently used Ignite Cities as a consultant in developing a proposed multimillion-dollar privately run internet service that would install interactive devices all over town to improve city services. A losing bidder protested that the pact was effectively rigged, asserting that Ignite Cities had formed potentially lucrative partnerships with companies that were part of the winning group.

Valencia, in a statement released by her campaign, says her only involvement was to answer questions for New Orleans officials “who reached out to her to find out more about the Chicago CityKey program." The statement added, “She and her husband have separate careers. Any questions about her husband’s business should be directed to him.”

However, emails sent on Valencia’s city account suggest something different.

On Sept. 24, 2021, Ignite Cities’ CEO George Burciaga, wrote New Orleans officials and Valencia, “Allow me to introduce Anna Valencia, the city clerk of Chicago and the person responsible for the success of the Chicago City Key Municipal ID.” Added Burciaga, “The team would enjoy coordinating a call with you and your team to learn and better understand the best way to launch this program.”

The next day, Valencia emailed back: "Thanks for the intro, George. I am looping in my Chief of Staff, Kathryn O’Connell, Director of Policy, Danish Murtaza and City Key Director, Kendra Thomas. They would be more than happy to set up a call and share information on our City Key program.”

Kazmi, in response to questions that he requested be submitted in written form, said he is paid “a flat monthly retainer” and has “no ownership or management responsibilities” in his clients. He did not disclose the size of the retainer. He also denied having a contractual or financial relationship with any partner in the New Orleans bid, despite a previously announced “strategic collaboration” with two companies reportedly involved in the New Orleans bid.

Kazmi also insisted he never lobbied White or White’s office even though he was registered to do so. A spokesman for White, who has endorsed Valencia, said she has promised that her husband will not lobby the office or anyone in state government if she’s elected.

Lightfoot’s office, meanwhile, shrugged off a selfie of her and Burciaga taken at a recent National Mayor’s Conference meeting, saying lots of people ask her for pics. And the office said that an email from Valencia proposing a meeting to talk about developments at the Illinois Medical Center never resulted in a get-together.

Meanwhile sources close to Alexi Giannoulias, the other leading candidate for secretary of state, say there’s a lot more to come out about how Valencia has used her office to help her husband’s private business.

One thing you can say for sure: Illinois Republicans are taking detailed notes on all of this. Valencia’s best argument against Giannoulias is that the GOP would dredge up damaging charges about the collapse of his family’s Broadway Bank if he’s nominated. Are Valencia’s emails enough to even up the score? We’ll see.