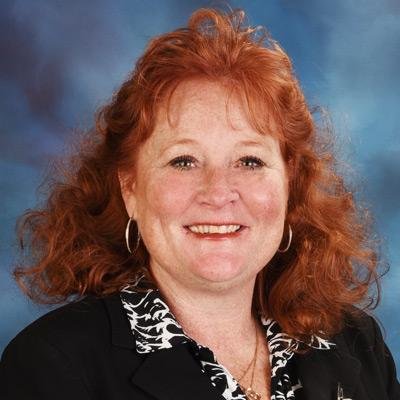 In August of last year, Niles-Maine District Library Trustee Olivia Hanusiak resigned her seat. The remaining six library trustees have been stalemated on naming her replacement since. A bill, which passed both the Illinois House and Senate last week, soon may change that.

If a district library board of trustees fails to fill a vacancy within 90 days after it is declared, the Illinois secretary of state, who is also the state’s chief librarian, would then make an appointment to the local library board within 60 days, if the legislation — on its way to the governor’s desk — is signed by Gov. JB Pritzker.

Current law mandates vacancies be filled “forthwith” but does not define precisely what that means.

State Sen. Laura Murphy (D-28th), whose district includes parts of Maine Township, introduced a measure to a bill to amend the Illinois Public Library District Act of 1991 on Thursday, March 24, into House Bill 5283. That bill including Murphy’s amendment unanimously passed both the Illinois House and Senate on Thursday, April 7. Pritzker has 60 days to sign the bill once it arrives on his desk.

Murphy said the legislation came in direct response to the Niles-Maine District Library Board’s failure to make an appointment. She said because the library has failed to fill Hanusiak’s vacancy, “they are at a stalemate to get the people’s work done.” 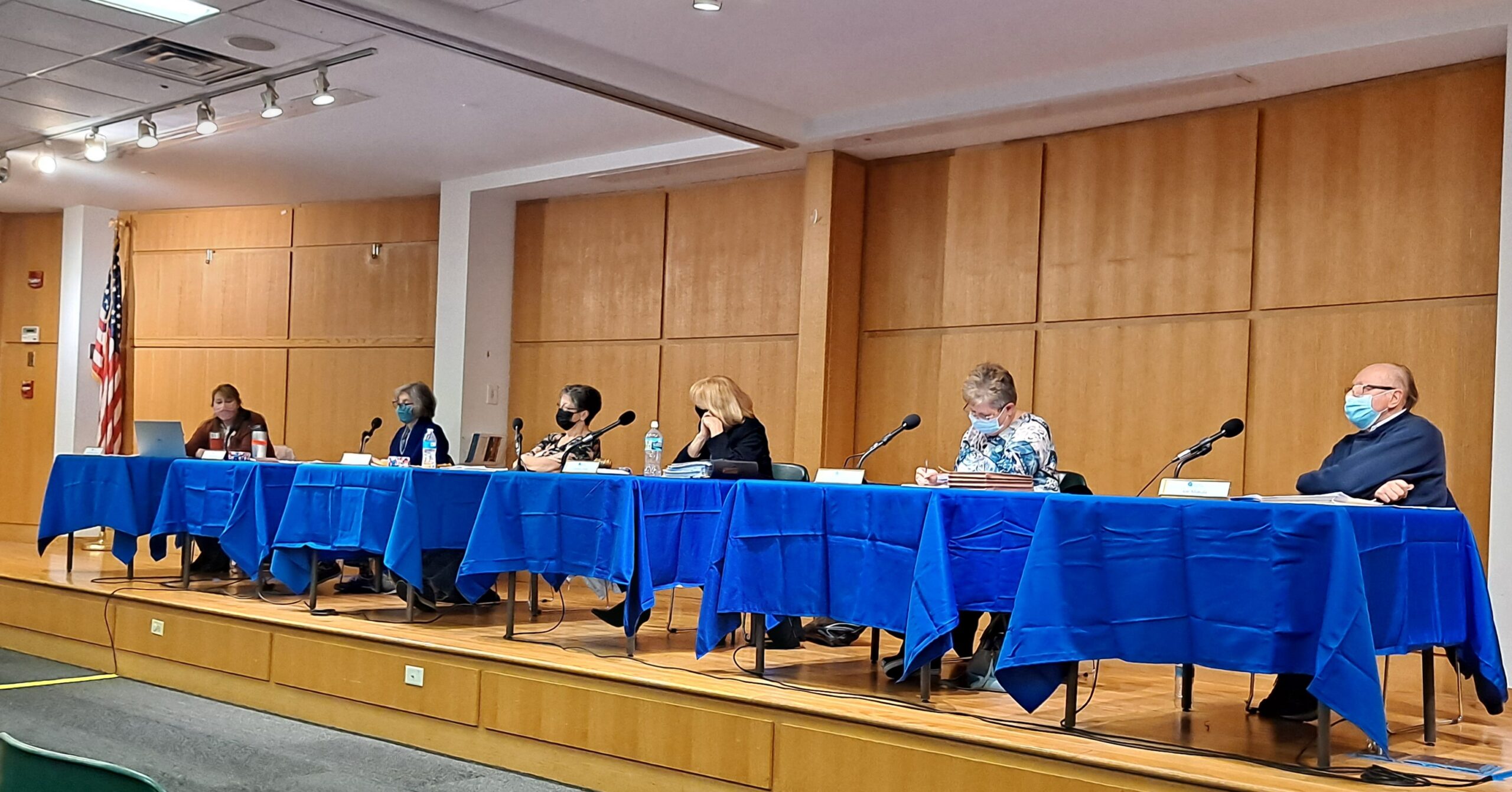 On Dec. 10 of last year, the secretary of state issued a letter to the library stating that if the vacancy was not filled within 45 days, their office would forward a complaint to the Illinois Attorney General’s Office. When no appointment was made, a spokesman for the secretary of state’s office said a referral to the attorney general’s office was made.

Murphy said, “The attorney general can only find them (the library) in contempt, so we needed some legislation.” 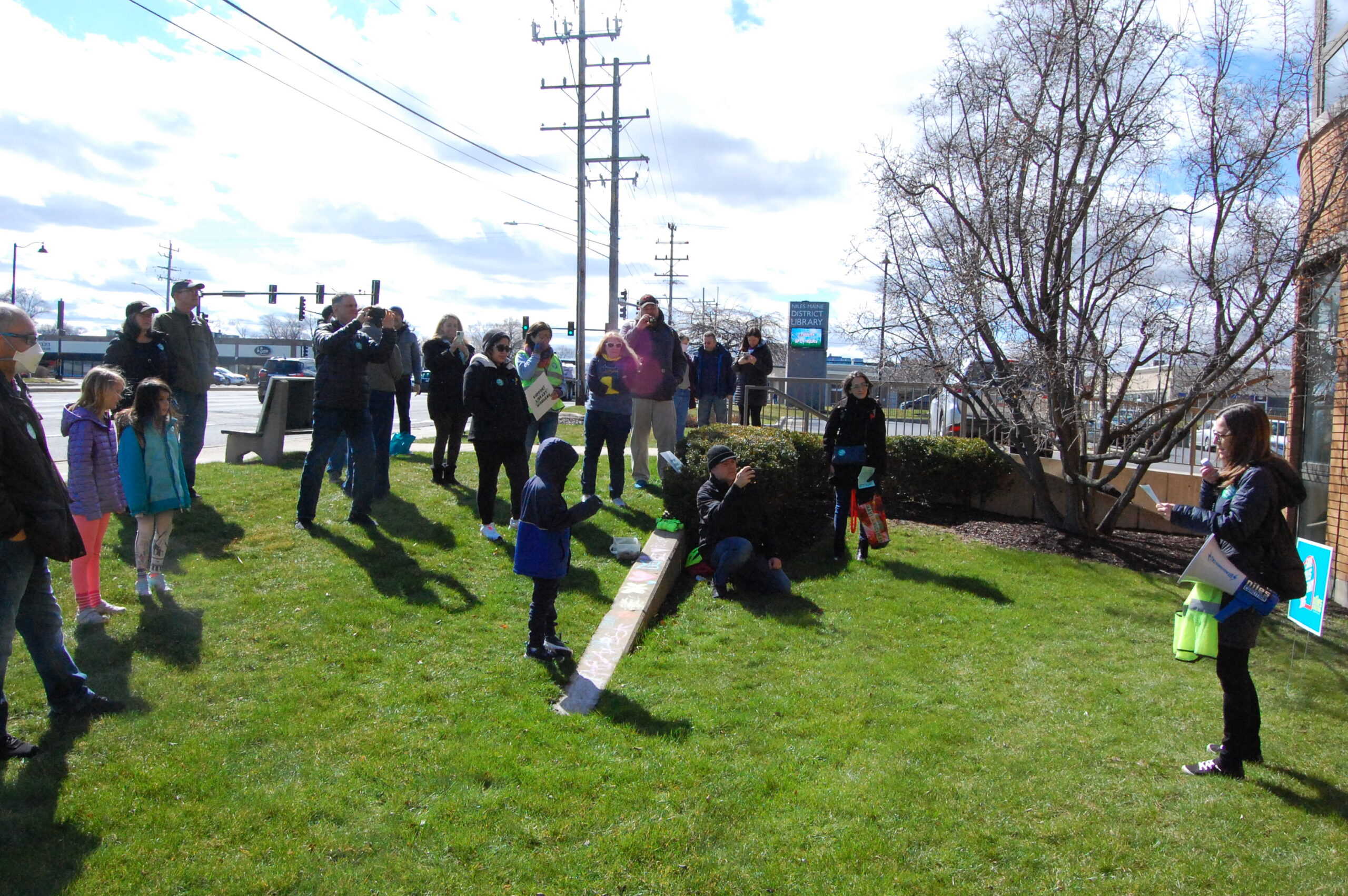 Niles Coalition organizer Rene Sutherland addresses a crowd of a few dozen people on the lawn on the side of the Niles-Maine District Library where unionized employees and supporters called for an end to the library’s hiring freeze, work on a collective bargaining agreement, and the appointment to fill a long-standing library board vacancy before the start of the Niles Coalition Community Move About event marking the end of National Library Week Saturday, April 9. (Tom Robb/Journal photo)

One effect of the library stalemate is a continuation of a hiring freeze at the library now in its 11th month. Activists with the Niles Coalition and unionized library employees held demonstrations outside the library twice last week, on Tuesday, April 5, and a march around the neighborhood Saturday, April 9, both calling for an end to the hiring freeze.