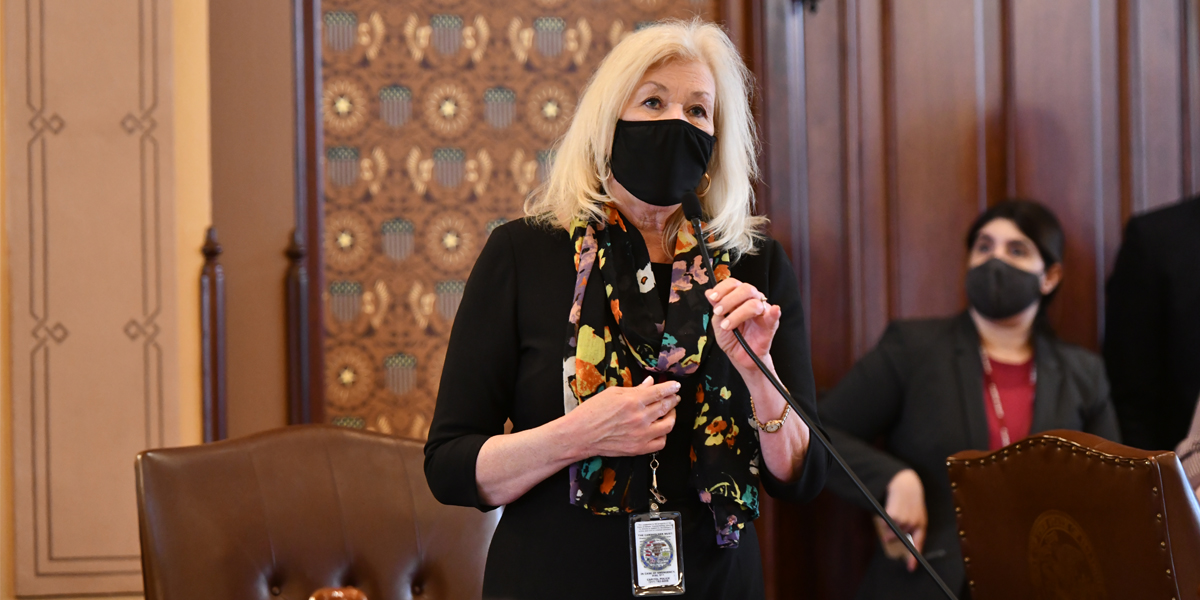 SPRINGFIELD – Spouses of people in Medicaid-funded long-term care facilities could soon be able to keep more of their own personal savings thanks to a measure sponsored by State Senator Julie Morrison (D-Lake Forest).

“Far too often, spouses of older adults in long-term care facilities are forced to pay high out-of-pocket rates for their own medical needs to ensure their loved one can keep their care,” Morrison said. “By aligning Illinois’ allowance for community spouses with the rest of the country, we are signaling to older adults that we care for them and wish to give them the ability to care for themselves and their spouse with no added stress.”

Morrison’s measure will put Illinois in line with nearly every other state in the nation by increasing the allowance for the community spouse resource allowance for older adults whose spouses are in nursing homes and receiving Medicaid benefits. The allowance is the amount of resources a spouse can keep of the couple’s resources without affecting their husband or wife’s long-term care facility nursing home application.

In 2012, Illinois froze its rates for spouses of individuals who receive Medicaid-funded, long-term care at $2,739 per month, so those spouses are not receiving an annual bump in their benefits. However, in many other states across the country, the amount is set at $3,259.

“What we are asking is for Illinois to bring itself to the standard where we are complying with the federal rate. Illinois is in the extreme minority in this situation,” said Steve Andersson, who represented AARP during the committee. “We should allow these folks who are facing the unfortunate reality that their spouse is in a nursing home to be able to keep more of their own money.”