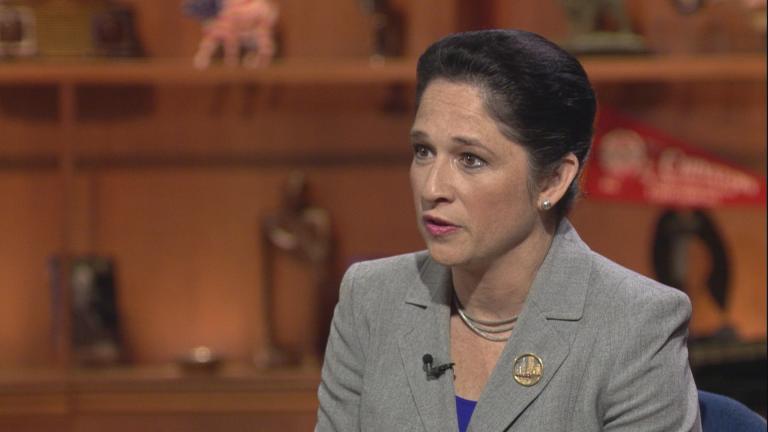 As Springfield prepares for an abbreviated spring legislative session, one issue that hasn’t received much attention beyond the pages of Crain’s is about to pop to the fore. That’s how the state—and its employers and workers—will pay off a $4.5 billion debt in Illinois’ unemployment insurance program.

The debt is owed to the federal government. It was racked up during the height of the COVID pandemic, when initial unemployment claims spiked to more than 500,000 a month in a state with a normal workforce of about six million.

The jobless figures since have slid down, with the Illinois unemployment rate now at 5.7%. But the state still owes Uncle Sam and, with hopes fading that Congress will forgive the debt, the feds are entitled to their money and roughly $2 million a week in interest.

That reality has caught the eye of Illinois Comptroller Susana Mendoza.

“I don’t like having to pay that much interest,” she told me in a phone call. “We’re probably going to have to pay it off.”

Mendoza says the state probably will have to tap some of the roughly $3.2 billion in funds left over from the last federal COVID relief bill, known as the American Rescue Plan Act of 2021, or ARPA.

Gov. J.B. Pritzker has been resisting that in hopes of getting the debt forgiven, but may be weakening.

“We’re going to proceed and see what we can do at the state level,” says a spokeswoman.

Also bringing the issue to the fore now is that, under law, benefit cuts to workers and tax hikes on businesses both will automatically go into effect unless management and labor come to a deal in an agreed-bill process.  Sources  on both sides of the table say they believe that at least initial talks are under way.

Either way, look for the issue to be resolved, perhaps as part of the proposed fiscal 2023 budget Pritzker will unveil soon.

More on the UI situation: How will Illinois defuse this ticking time bomb?

More on the state’s finances: Illinois pays off its $2 billion Fed loan early

Lawmakers are hoping to get out of town early this year, by April or so, which would allow them to start campaigning early in their new districts.

The Legislature held a one-day session yesterday to clean up some loose ends, including passing new judicial sub-circuit maps in Cook County and elsewhere in the state. That action was still pending by presstime last evening, but expected to pass.

One other tidbit: With Chicago Ald. Pat Dowell, 3rd, pulling out of the race for Illinois secretary of state to run for retiring U.S. Rep. Bobby Rush’s seat in Congress, look for the race to heat up on both sides.