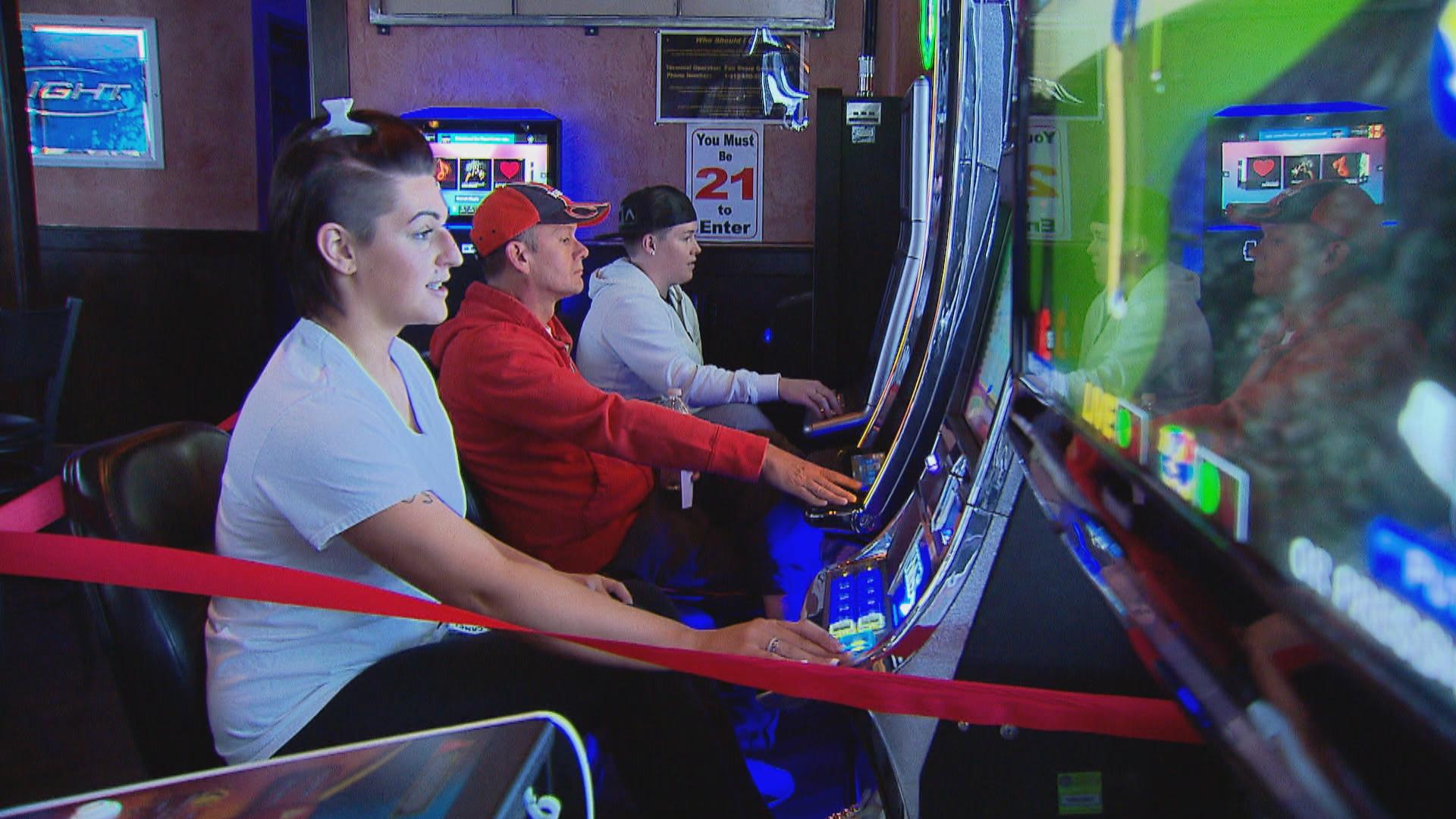 The state’s gaming commission chose which developers will be allowed to build new suburban casinos — and where. This comes nearly two-and-a-half years after the state’s gambling expansion law passed. (WTTW News)

Illinois is making headway on rivaling Las Vegas for opportunities to gamble.

According to the latest figures from the Illinois Gaming Board, from January through October Illinois has raked in more than $1 billion in gambling revenue, from video gaming, sports wagering and casinos

Still, it’s a figure less than officials had bet on two-a-half years ago, in June 2019, when a major gambling expansion law authorized six new casinos to be built.

Of the six, only one is so far operational: the Hard Rock Casino Rockford opened a temporary location in early November.

State gaming regulators moved forward Wednesday with projects that will put casinos in the suburbs, selecting a winning bid for the casino slated for Waukegan. The 2019 law also allotted a casino to the south suburbs. On Wednesday, members of the gaming board chose a proposal that will build that casino in Homewood and East Hazel Crest, rather than a competing bid which would have put it in Matteson.

Members of the gaming board didn’t reveal during the meeting how they determined which bidders won winning hands.

The only discussion amid formal action was when chair Charles Schmadeke thanked the applicants for their hard work.

“It certainly shows the quality of the work and it’s made our job not easy, but it certainly has informed our work,” he said.

For Waukegan, the board chose the proposal submitted by the publicly traded company Full House Resorts, Inc., operating as American Place, over a proposal from North Point Casino, led by former state Senator Michael Bond.

In an October presentation, Full House CEO Daniel Lee promised to bring Vegas “pizzazz” to Waukegan. He said plans call for a helipad for use by high-end gamers, though he said the goal – as in Vegas – is to make Waukegan a destination for non-gamblers as well, with features like a water fountain show in the lobby.

“It becomes an attraction you want to come and see, and it’s a non-gaming attraction that when people come into town, you will bring them here,” he said.

Heading into Wednesday’s meeting, a field of four serious bidders had already been winnowed to two finalists for the casino that the 2019 law allocated to the general south suburban region.

The winner: Wind Creek Illinois LLC, which plans to build a casino at the I-80, 294 and Halsted intersection, a site that covers parts of Homewood and East Hazel Crest, and is less than ten minutes from the Indiana border.

“Being this close to Indiana and being the only Four Diamond resort in the area, we will attract those user dollars to Illinois instead of the opposite that’s been happening the last couple decades,” Wind Creek COO Brent Pinkston during the groups’ October presentation to the state gaming board.

The location, he says, is designed to maximize revenue, and is pitched as a full-on resort, with a spa, concert venue and restaurants including a sky lounge that Pinkston said architects have designed to have Chicago skyline views.

Developers of these casinos can’t cash in their chips yet; the bidders and their plans have to go through additional background and approval.

“Preliminary suitability is just that. It’s preliminary and is no guarantee of final licensure,” gaming board director Marcus Fruchter said. “While it’s a very significant step that allows the applicant to seek approval to begin construction and take other steps toward commencement of gaming operations and ultimate licensure, preliminary a mere formality.”

Further, Waukegan is facing a federal court challenge brought by the Forest County Potawatomi Tribe alleging city officials rigged the bidding process to favor North Point. The gaming board is not a party to that case.

The Potawatomi had in a separate lawsuit attempted to block the gaming board from issuing a Waukegan casino license. A Cook County circuit court judge on Tuesday denied the tribe’s request for a temporary restraining order, freeing regulators to proceed.

Development of a casino in southern Illinois is likewise proceeding.

The governor was among the officials who attended a groundbreaking Wednesday for the Walker’s Bluff casino, some five hours south of Chicago.

“I was very proud to work with the General Assembly to expand jobs and economic opportunity to southern Illinois,” Gov. J.B. Pritzker said. “Walker’s Bluff was already a popular attraction bringing in tourists and business meetings from across the region. Now with the addition of hundreds of slot machines, and game tables and an on-site hotel, this expansion will bring in even more visitors to take advantage of the beauty and the hospitality of southern Illinois.”

Backers of the gambling expansion say that while Illinois has been slow to give casinos a footprint outside the 10 longtime casino sites, the state has been losing tourism and revenue to neighboring states.

“It really just aggravated me that the Illinois teachers union would go to St. Louis for their annual meeting, or anybody else would go to another state because they had enough room – that was the big thing – the other thing was that they had gaming,” said Walker’s Bluff LLC founding partner Cynde Bunch.

Opponents say bold predictions of the revenue Illinois will generate through gambling to pay for infrastructure upgrades don’t take into account hidden costs, like of gambling addiction.

The city of Chicago has received five bids from potential casino operators; a public hearing on them is scheduled for Dec. 16.

The fate of the sixth casino authorized in 2019 remains elusive.

Backers of a casino in the east central community of Danville, just across the border from Indiana, are waiting for gaming board approval.