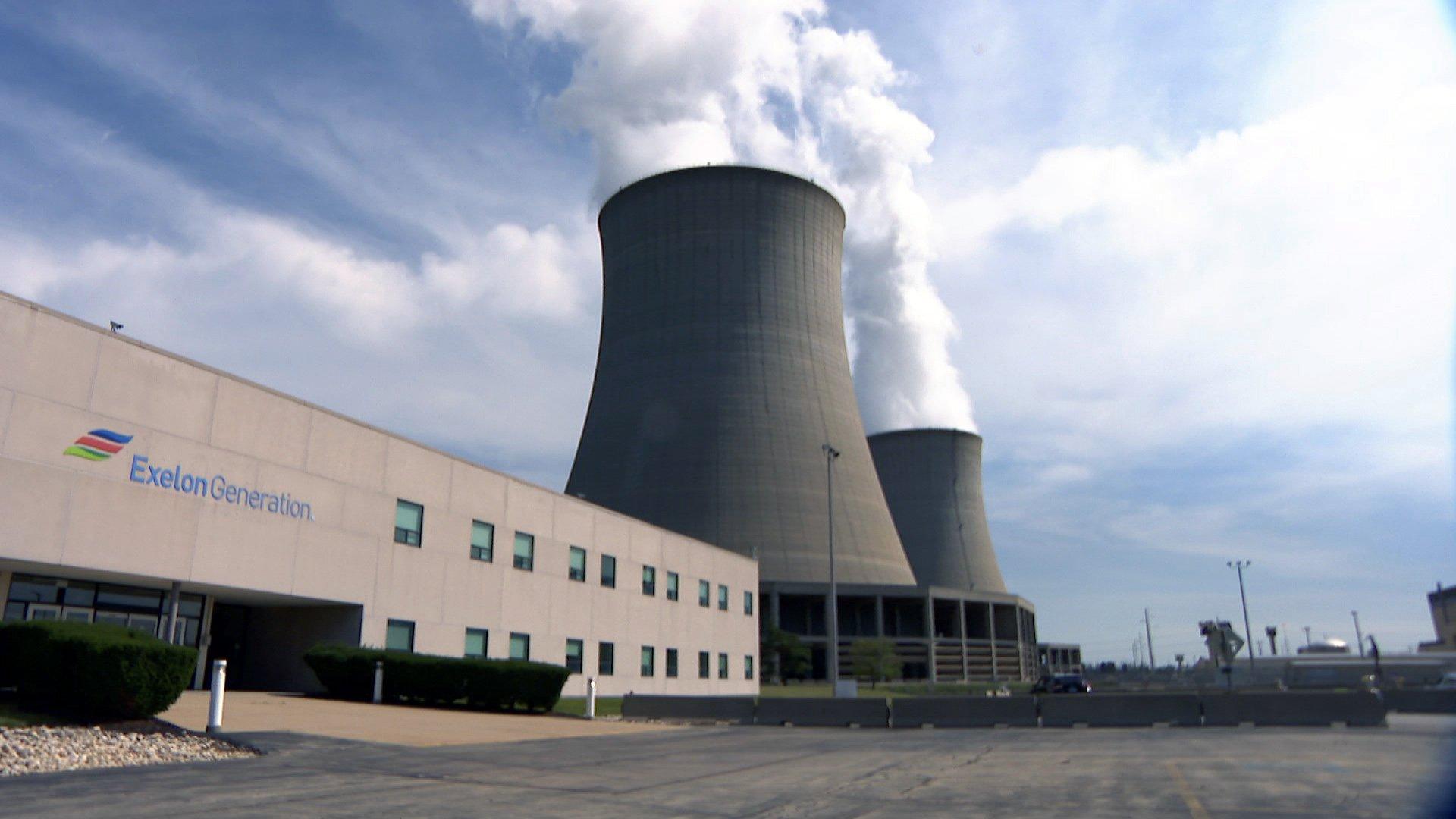 Exelon has been steadfast that it will begin to shut down its nuclear plant in Byron unless a law is passed by Monday’s end, a law that would have ratepayers pay an extra charge on electric bills to keep Exelon nuclear plants running. (WTTW News)

Exelon has been steadfast that it will begin to shut down its nuclear plant in Byron unless a law is passed by Monday’s end, a law that would have ratepayers pay an extra charge on electric bills to keep Exelon nuclear plants running.

Advocates say nuclear power is needed to meet the package’s broader goals of moving Illinois first to carbon-free, then to all renewable, energy sources.

Just last week the Illinois Senate passed a measure that would do just that.

That package — and others floating around — have other things in common too.

There’s the target of transitioning to all renewable energy by 2050.

And another subsidy, paid for by ratepayers, that will help get the state to that point, by creating a fund that solar and wind developers can draw on to move forward with their projects.  All told, customers could see roughly $3.50 on their monthly electric bills to cover the nuclear and renewable supports.

That’s by and large settled.

But the hold up has to do with the Prairie State Energy Campus in Marissa Illinois, on the state’s southwest side. It’s Illinois’ newest coal-fired power plant— and one that according to federal data is responsible for the 7th highest carbon emissions in the nation — more than 12.6 million metric tons in 2019.

While the plant itself is in central Illinois — some 40 municipalities statewide have contracts to exclusively get their communities’ energy from Prairie State. Including suburban Rochelle, Batavia and Naperville.

Environmentalists and Governor J.B. Pritkzer say any legislation they agree to must have a hard close date for Prairie State — the latest proposals would have it shutter by 2045.

And that it has to ratchet down emissions leading up to that point.

But Prairie State has said it can’t feasibly afford to pay millions, even a million, for technology needed to sequester carbon and meet those interim targets if it’s also going to be forced to close shortly thereafter.

A new proposal aims to solve that issue — by adding another charge to ratepayers’ electric bills, of about ten cents a month — that’d go to Prairie State to help pay for emissions reductions.

But in a statement, the mayors of Breese, Rochelle and an energy cooperative that has a contract with Prairie State say, no dice.