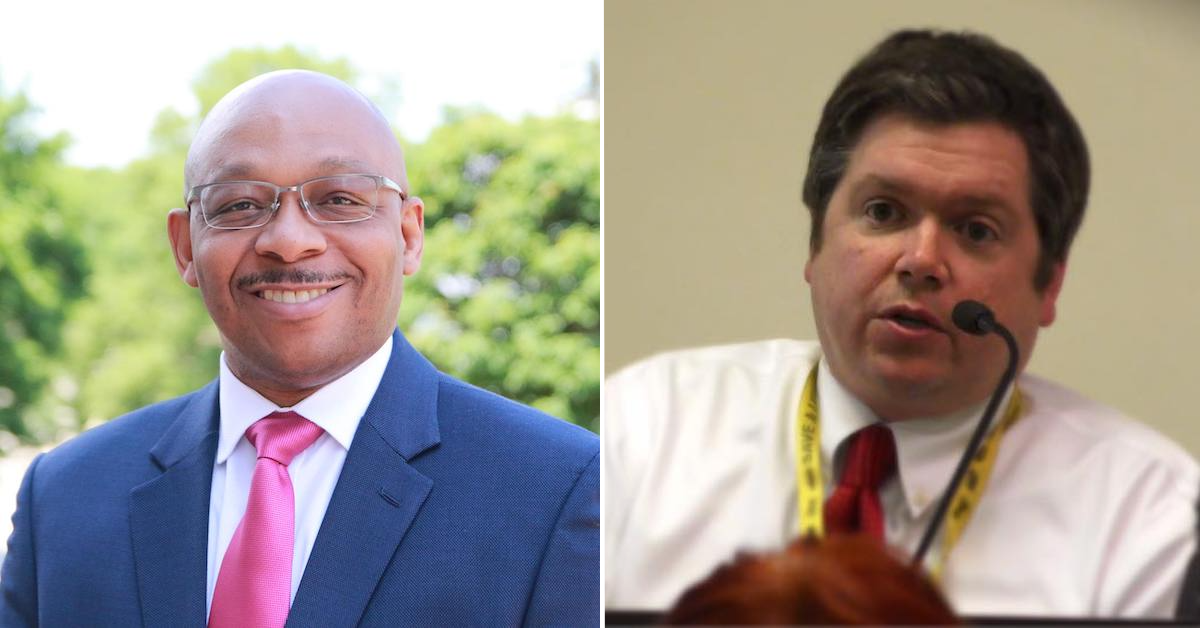 A long-debated push by Cook County Assessor Fritz Kaegi to compel extra financial data from large property owners hit a wall in Springfield last month, as supporters failed to bridge their differences with a coalition of powerful business groups.

But after a dizzying flurry of negotiations left both sides more embittered than ever, some key legislators say their patience for compromise is wearing thin. Following three consecutive failed attempts at pushing the bill to the finish line, House Revenue and Finance Committee chair Rep. Michael Zalewski (D-Riverside) said the opponents won’t be able to keep it bottled up forever.

“I remain convinced that Fritz’s positions have to be included in a property tax bill,” Zalewski told The Daily Line on Friday. “In my mind, we cannot go to voters next summer and fall without having acted on property taxes. It would be next to impossible.”

Rep. Will Davis (D-Homewood) introduced the “Data Modernization Bill” (SB 1379) in 2019 on behalf of Kaegi, who argued the law would help make property tax assessments more accurate by giving his office a more complete picture of landlords’ earnings. It would have compelled the owners of commercial buildings with at least seven units to send detailed information on their property income to county assessors, who would anonymize the data and lump it into their calculus.

The bill passed the Senate in 2019 with a veto-proof majority, but it stalled in the House after real estate and business groups — and some trade unions — raised opposition on the grounds that it could stunt downtown development. Zalewski kept the bill from a vote until the parties could reach consensus on new language, but the deadlock never lifted.

Kaegi rolled out a revised version of the bill in early 2020, but the item never made it onto lawmakers’ narrow agenda for the truncated pandemic session.

Supporters recommitted to passing a version of the bill (HB860) again this year, and last month a coalition of groups including the Building Owners and Managers Association of Chicago, the Illinois Retail Merchants Association and Illinois Manufacturers’ Association submitted a packet of proposed language they said would earn their support for the bill. Their coalition also includes the Taxpayers’ Federation of Illinois, the Illinois and Chicagoland chambers of commerce, the Illinois CPA Society, LiUNA Laborers’ District Council and Operating Engineers Local 399.

Zalewski introduced a narrower version of the bill in an attempt to revive talks in the waning days of the session, but the clock ran out before a deal could be reached.

“As we recall, the ball was kind of left in the assessor’s court,” Illinois Retail Merchants Association president Rob Karr told The Daily Line last week. “The assessor’s office was unwilling to accept those [changes].”

“We had many hours of productive discussion toward a goal line that quite frankly moves by the opposition,” Zalewski said.

‘Poison pills’ vs. ‘My way or the highway’

Negotiations over the bill heated up on May 18, when the coalition of opponent groups delivered their proposed bill language to Zalewski with less than two weeks left in the session. Davis and Kaegi chastised the group for starting negotiations late, but Farzin Parang, executive director of the Building Owners and Managers Association, wrote in an emailed statement that the groups were “told to wait” until they “were finally invited to have that dialogue.”

Among a host of other changes, their proposal would have required assessing offices across the state to publish the “basis” for their valuations “sufficiently to explain how the valuation of that parcel was determined.” If a court or the state’s Property Tax Appeal Board found that any assessment hike is not “sufficiently” explained, the increase would automatically be nulled.

The coalition also suggested adding a requirement for assessing offices to “convert all assessment records into electronic format and maintain them in such format thereafter.”

“Transparency runs both ways,” Karr said of the proposed language. “If you want [property income data] from us, we want transparency from your office to give taxpayers information as to how their assessments are determined.”

Parang said the assessor “only provides high-level information for commercial assessments” and “does not provide taxpayers with an explanation of what specific data he chose and what calculations he made with that data to come up with their individual assessments.”

In an interview with The Daily Line on Friday, Kaegi said all that information is already catalogued on the “How Properties are Valued” section of his office’s website. Still, the assessor said his office “embraced the data transparency piece” of the coalition’s proposal, which he said would have legally enshrined his office’s existing data reporting practices so they “will be in place for future administrations.” But he added that attaching a legal requirement that valuations be “sufficiently” explained “introduced an additional burden,” as the word could be interpreted subjectively.

“That may not have to do with how we arrived at the number, but could have introduced a whole new other burden that was unexplained.” He added that their proposal to require digitization of records was a “no go” that could burden smaller assessor’s offices around the state, who were not clued in on the language.

The coalition also asked lawmakers to make it voluntary, not mandatory, for commercial property owners to submit their income data.

Voluntary data disclosure systems “work well in other jurisdictions, and they have distinct advantages over mandating information disclosure: they are more flexible to adapt as needs change, better able to target to different market sectors, and easier to test and scale,” Parang wrote in his statement. “Mandatory information disclosure systems, on the other hand, are scarce and have not resulted in better assessment systems or eliminated inequities and appeals.”

But Kaegi said the system is voluntary now, and only about 5 percent of property owners submit income and expense data — far too few to build a representative sample.

He offered by way of a counterproposal to “try a voluntary process…But if we don’t get a response rate that’s sufficient, then we’ll choose a number of parcels such that we get to the point where about a third of parcels are participating.”

The coalition rejected the idea.

That’s when Zalewski offered up his compromise plan (SB508), which would have only compelled large property owners to submit physical descriptions of their buildings, instead of turning over their more tightly guarded income data.

The coalition responded that they could support the narrower plan, but only if it were broadened to include residential properties as well.

But asking for the bill to apply to millions of new stakeholders, with days left in the session, was a “poison pill” that sank any chance of a deal, Kaegi said. He cited other “poison pills,” like a request that the property owners be allowed to sue the assessor’s office over valuations, as indications that the opponent groups never wanted to reach compromise.

“The opponents tacked on completely extraneous, impossible demands two days before the deadline,” the assessor said. “That’s the trouble with trying to do an agreed bill on something like this, where the opponents just don’t want any change, because they’re comfortable with the status quo.”

‘This has to come to a head’

As the session wrapped on May 31, leaders of the coalition wrote a memo to Zalewski and Davis expressing their “profound disappointment” that “it seems that the Assessor is not willing to genuinely embrace transparency.”

“All our attempts at well-researched and thoughtful cooperation have been met with a ‘my way or the highway’ response,” the memo read. “The Assessor’s actions indicate a belief that property taxpayers should be treated like presumptive wrongdoers, and as people who do not deserve to know how their property taxes are calculated.”

Zalewski acknowledged that talks were consistently weighed down by a “trust deficit” between Kaegi’s office and the collection of business and labor groups. He also said he shared Kaegi’s frustration at some of the coalition’s asks — especially their final pitch to broaden out his “physical descriptions” bill to include homeowners.

“It felt like we had a deal a couple of times in concept, and then things ran off the rails,” Zalewski said.

Davis, the sponsor of Kaegi’s original legislation, said he does not “see middle ground” on the bill anymore, as business groups have shown little willingness to let up their opposition.

He also said he sees “racist undertones” in the group of mostly white business and labor groups pushing to preserve a system that has historically given breaks to downtown property owners at the expense of south-suburban homeowners.

“I am open to talking more, but at some point, this has to come to a head,” Davis added, saying he has asked Zalewski and other leaders for an up-or-down vote on the legislation.

Zalewski did not set a hard deadline for a vote — but the day will come sooner or later, he said.

“Two years ago, I was criticized for not just pushing it through, and I didn’t think it was the right time to it then,” Zalewski said. “Two years into this, it’s starting to get — over time, you start to decide what the opposition’s real position here is. And in the next six-to-eight months, we’ve got to decide if we can simply pass a bill over the opposition’s objections.”

Parang wrote in his statement that while his association is “disappointed the Assessor was not interested in adopting…transparency measures, we have offered to continue this work with his office and legislative leaders, and we intend to continue advocating for passage of assessment transparency requirements.”

via The Daily Line https://ift.tt/3xlEN7E