A group of Illinois business owners and other state residents can’t sue Gov. JB Pritzker and the state to demand repayment for lost business and wages suffered after Pritzker shut down much of the state’s economy last spring, and in the months since, a federal judge has ruled.

U.S. District Judge Franklin U. Valderrama ruled such lawsuits are barred by the U.S. Constitution’s Eleventh Amendment, which he said generally blocks lawsuits which seek to use the federal courts to force states to pay money from the state treasury to individuals and other “private interests.”

“The essence of Plaintiffs’ requested injunctive relief is money from the State of Illinois,” Valderrama wrote in his March 24 order.  “While Plaintiffs … attempt to cloak their dispute as one involving the Takings Clause and Due Process Clause of the United States Constitution, once stripped of this garb, it is clear that what Plaintiffs really seek is to recoup from the State of Illinois money they allegedly lost due to (Pritzker’s) Executive Orders.” 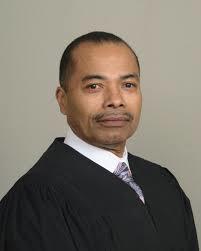 The decision terminates a lawsuit brought in May 2020 by a group of plaintiffs from Will County and other Chicago southwest suburbs. The plaintiffs included Will County Board member Steve Balich; Will County Republican Chairman George Pearson; and small business owners from Palos Hills, Bolingbrook and Oak Forest.

They have been represented by attorney Alan R. Bruggeman, of Bruggeman Hurst & Associates P.C., of Mokena.

The lawsuit, filed in Chicago federal court,  centered on executive orders issued by Pritzker last spring, including the statewide stay-at-home order, in response to the onset of the COVID-19 pandemic.

In that lawsuit, the plaintiffs asserted Pritzker’s orders, which shuttered many businesses throughout the state, violated their constitutionally guaranteed property rights, as well as those of business owners and others throughout Illinois. They claim Pritzker, through his orders, illegally seized their property without compensation, through a so-called regulatory taking.

This, they said, violated the Fifth Amendment to the U.S. Constitution, as well as related private property protections contained within the Illinois state constitution.

At the time, the lawsuit was one of many filed against Pritzker over his actions.

By signing up you agree to receive email newsletters or alerts from Cook County Record. You can unsubscribe at any time. Protected by Google ReCAPTCHA.

To date, however, those lawsuits have nearly all failed, as state and federal judges alike have nearly unanimously ruled Pritzker is empowered under state law to govern by executive order and exercise broad, sweeping powers over Illinois’ economy and society, in the name of fighting pandemics, such as COVID-19.

Pritzker issued his first executive orders in response to COVID-19 in March 2020, and has renewed nearly all of them every 30 days since, for more than a year.

While the governor has removed many of the most severe business and social activity restrictions, he continues to assert the state remains in a public health emergency, and public health conditions have not improved enough to allow him to lift the remaining restrictions and restore full normal activities.

In response to the Will County lawsuit, the Illinois Attorney General’s office, on behalf of Pritzker, argued the plaintiffs shouldn’t even be allowed to sue.

The state argued the lawsuit amounted to an improper legal claim seeking money from the state, in response to official actions taken by the governor. The state lawyers said this means the federal courts should have no jurisdiction over the case.

Judge Valderrama agreed. He said the Eleventh Amendment’s prohibition against such claims for court-ordered state compensation also serves to negate the plaintiffs’ request for a court order declaring Pritzker had overstepped his constitutional bounds.

The state attorneys, Valderrama said, “correctly point out that Plaintiffs’ declaratory request, if granted, would force the State to pay compensation from the State’s treasury for past wrong.”

The judge said he believed the plaintiffs did not do enough to counter the state’s defense under the Eleventh Amendment.

The judge dismissed the claims with prejudice, meaning the plaintiffs would not be allowed to attempt to refile their complaint to address the judge’s findings. They could yet appeal to the U.S. Seventh Circuit Court of Appeals.