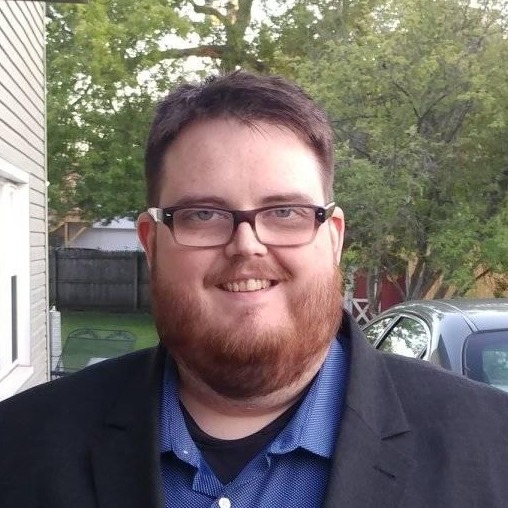 So far, Cochran, age 33, is the only city clerk candidate who has announced his intention to run. Current Clerk Jennifer Tsalapatanis told the Journal & Topics Monday (Dec. 7) that she does not plan to run for another term.

“I have decided not to run for re-election as Des Plaines city clerk. My family is my highest priority, and that’s where I want to dedicate my time and attention,” she said. “I am grateful to have had the opportunity to volunteer and represent my community as an appointed library board trustee serving a four year term, and then having been elected as city clerk.”

Tsalapatanis, age 46, was elected in 2017, when she ran uncontested in the race for city clerk. She replaced former clerk Gloria Ludwig, who was first elected in 2009 and was not able to run again due to term limits.

A lifelong Des Plaines resident and daughter of back-to-back 5th ward Des Plaines aldermen James and Carla Brookman, Tsalapatanis is a general contractor who owns her own business.

Since announcing his candidacy Nov. 19 on Facebook, Cochran said he has been a bit overwhelmed with the positive feedback he’s received.

“There has been much more enthusiasm from a lot of people than I was expecting,” he told the Journal.

Cochran moved to Des Plaines from Chicago at age 10. He attended South Elementary School, was in the first sixth grade class at Algonquin Middle School and graduated from Maine West High School before earning a bachelor’s degree in history and a master’s degree in political science from Northeastern Illinois University in Chicago.

As a graduate student, Cochran worked in the Illinois Regional Archives Depository at Northeastern, where he worked with a variety of records, from birth and death certificates to paperwork that still smelled of smoke from the Chicago fire.

In his more than two years with Moylan’s campaign, Cochran had opportunities to work with local residents and Des Plaines city staff on a variety of issues. He has also worked to help residents of unincorporated Des Plaines at the Blackhawk mobile home community.

“Your community is actually the best way to help change things,” he remarked.

Through this experience, Cochran has imagined ways to improve the city clerk’s office, which, according to the city, is responsible for: retaining and administering the corporate seal, keeping all records, attending all city council meetings and maintaining a full record of its proceedings as specified in the city code and state statute, as well as distributing agendas for the council meetings, serving as the local election official and working closely with the Cook County Election Division.

“Right now, I think the most important part of local government is that it be the most human face,” said Cochran.

Through his campaign, Cochran hopes to test-drive some of his ideas for fostering better communication between the city and residents, including regular informational updates to the public.

He said residents often express that they are frustrated with bureaucracy and often come to Moylan’s office with issues that could be solved by a single email from the city. Focusing on service rather than politics could cut down on those issues, he said.

In addition to a desire to apply his knowledge of record keeping and the Des Plaines region to the position, Cochran told the Journal he wants the clerk position to be less politicized.

“It was kind of embarrassing for our city,” said Cochran. “I want to avoid that kind of stuff.”

Cochran plans to keep his position as chief-of-staff for Moylan, though he will no longer handle Des Plaines-related issues for the office if elected clerk, he said. Apart from Des Plaines, the 55th Legislative District covers parts of Arlington Heights, Elk Grove Village, Mount Prospect, Park Ridge and Chicago’s northwest side.

Until the Dec. 14 filing deadline, Cochran is working on collecting petition signatures to appear on the April 6, 2021 ballot. Those interested in his campaign can visit www.facebook.com/justinforclerk for more information.