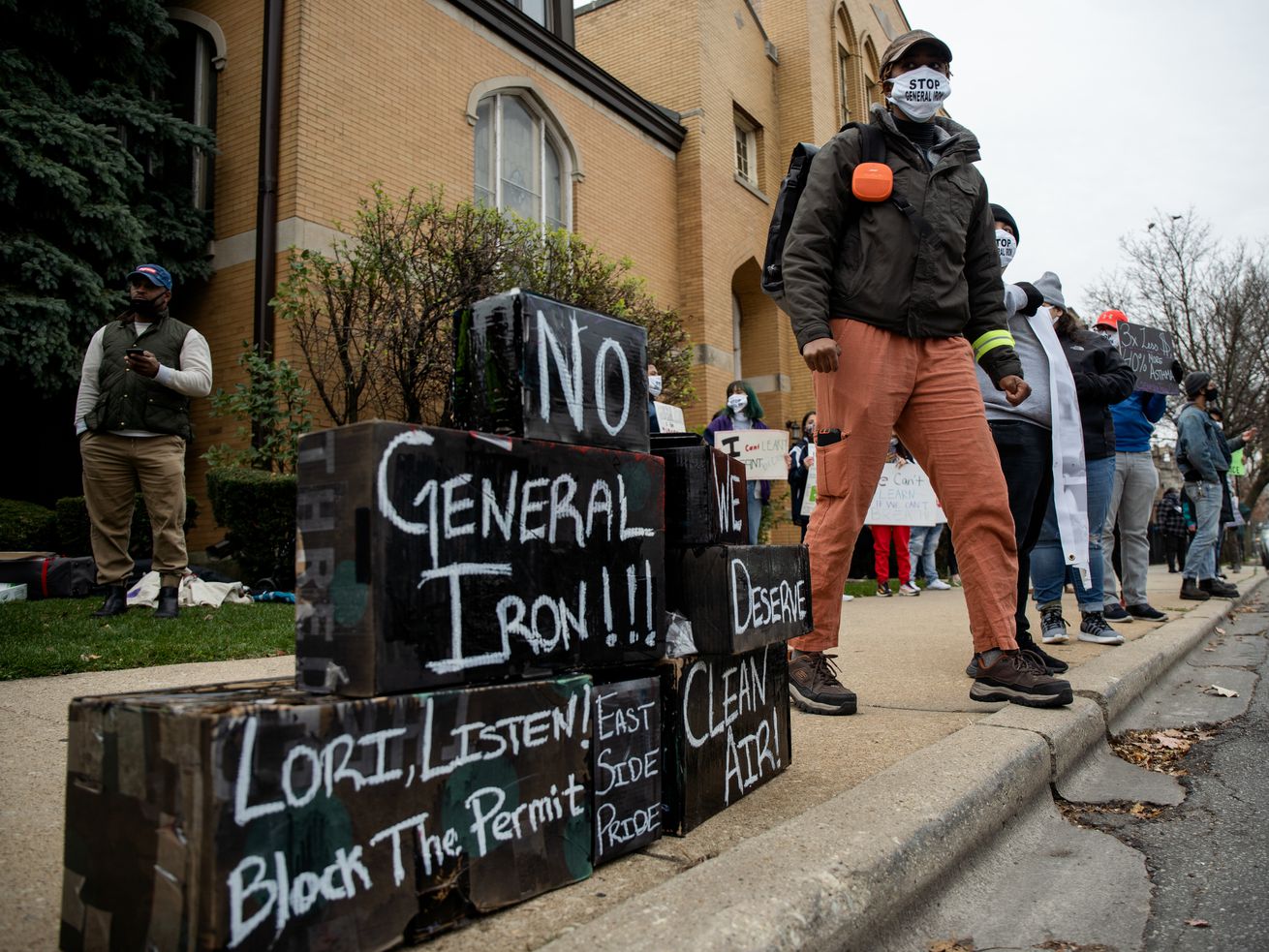 A protester attends a rally near Mayor Lori Lightfoot’s Logan Square home Saturday urging her administration to deny the final permit that will allow General Iron to move from Lincoln Park, a mostly white neighborhood, to the Southeast Side, which has a mostly Latino population. | Pat Nabong/Sun-Times

The company that owns General Iron in Lincoln Park wants to set up shop on the Southeast Side. Community members call the move “environmental racism.”

Many community members and environmental groups who contend General Iron is a “chronic polluter” say its parent company will only make matters worse for a majority-Latino neighborhood that’s already suffering from poor air quality.

“They say everywhere they go, there’s trash,” said 18-year-old Mia Brecada, whose young nieces attend an elementary school a few blocks from the proposed shredding site near 116th Street and Burley Avenue. “I’m the aunt, and all this stuff is important.”

Reserve Management Group, which owns General Iron, is aiming to begin operating along the Calumet River early next year. The company was cited 11 times for violations of pollution and nuisance laws at its existing Lincoln Park facility between December 2019 and March of this year.

In a statement, RMG said it expects to “meet or exceed” the city’s permit conditions to bring its “environmentally responsible recycling” to the Southeast Side.

“The alternative to this project is discarding metal in landfills or shredding metal at facilities that don’t have any pollution controls,” according to the company, which has said its “new shredder will be enclosed and substantially removed from public view.”

But Oscar Sanchez, a longtime Southeast Side resident whose younger brother uses a machine to breathe because he has damaged lungs, said the community doesn’t want a “new-and-improved General Iron.”

“You can’t beautify what’s killing us,” said Sanchez, an advocate with the Southeast Youth Alliance. “We deserve to not live in a dumping site.”

Police monitoring the protest blocked off West Wrightwood Avenue near Lightfoot’s house. As of last week, RMG had yet to file for its final permit, according to a city spokesman.

Marie Collins-Wright has lived with her family in South Deering on the Southeast Side for 36 years, and has been advocating against General Iron for years, she said.