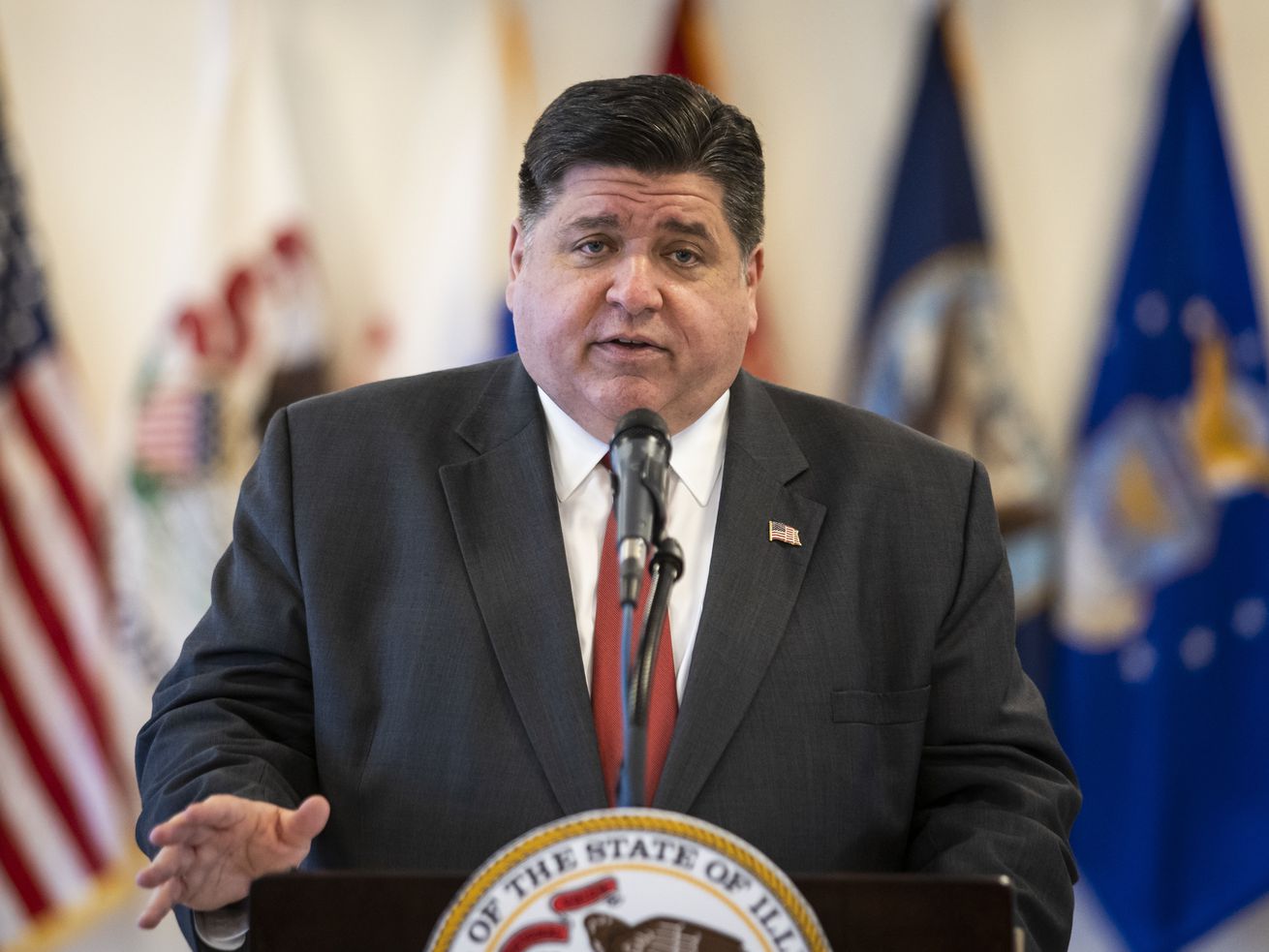 Gov. J.B. Pritzker speaks Wednesday at the ribbon cutting for the Chicago Veterans Home on the Northwest Side. | Ashlee Rezin Garcia/Sun-Times

The governor has called for a meeting of House and Senate leadership because there’s “so much work that needs to be done” on the budget and other areas, like criminal justice reform.

“We’ve trimmed across the executive branch throughout the last two years, and there’s more to be done than just trimming,” Pritzker said. “Now we’re going to have to make some serious and, frankly, painful cuts. Those aren’t things that I can do alone. The Legislature has to be right there with us.”

Pritzker said he’s already called for a meeting of House and Senate leadership because there’s “so much work that needs to be done” on the budget and other areas, like criminal justice reform.

All are things he’d like to get done “sooner rather than later,” the governor said at the ribbon cutting for the new Chicago Veterans Home home on the Northwest Side.

With Pritzker’s “Fair Tax” failing to win a majority in last week’s election, and no promise of more federal funding, Pritzker said in a letter to leadership sent Monday that the focus of their meeting will be on “reconciling our FY21 budget and bringing it into balance this fiscal year.”

House Republican Leader Jim Durkin took aim at the governor and the Democrats, who hold a majority in both chambers of the state Legislature, saying they passed “a budget based on hypothetical revenue and false promises.”

“Now we see the effects of Democrats’ failure to live in reality: a $9 billion bill backlog, a budget that promises much and delivers nothing,” Durkin said in a statement Tuesday. “We also see no reforms on issues like ethics and property taxes to restore trust in government caused by corruption in your Democratic Party of Illinois.”

Though he didn’t provide specifics on where the cuts may come from Wednesday, Pritzker said in September “middle class, working class and poor families” in Illinois and the U.S. “will likely suffer from cuts to public safety, education, human services and environmental safety — and the potential layoffs will make the economic recession worse.”

Pritzker also said in September cabinet directors were advised to prepare for a “nightmare scenario,” including budget cuts of at least 5% for the current fiscal year and 10% for the next one should the state not receive any more federal help.

Without a coronavirus relief package, the state’s finances will reach a “critical juncture,” Pritzker said at the time.

The decision to postpone the fall veto session was announced Tuesday afternoon after a “strong majority of members” said they’d prefer delaying the meeting because of the state’s rising COVID-19 rates and upcoming holidays, according to an email from Jessica Basham, House Speaker Michael Madigan’s chief of staff.