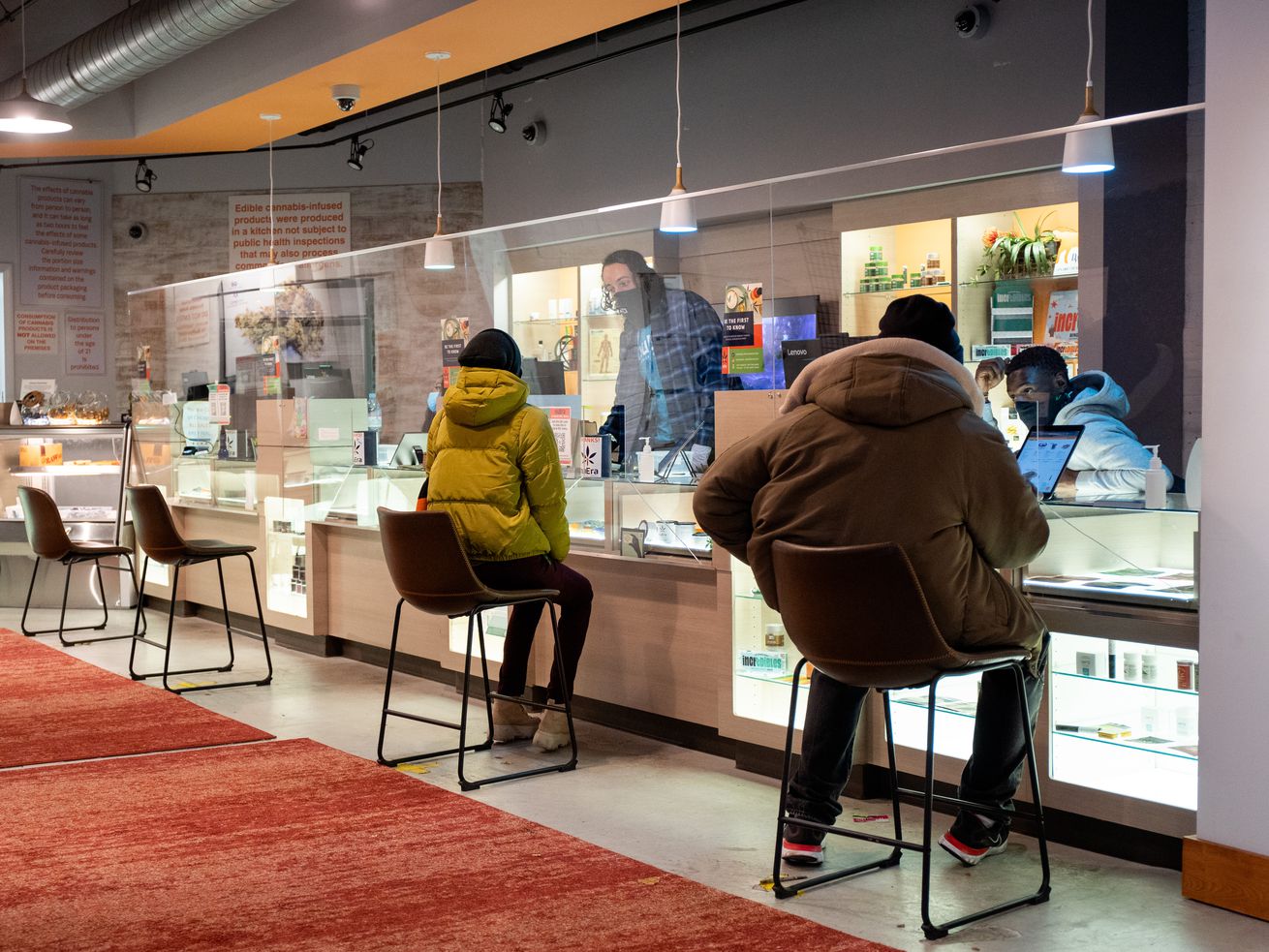 Legislators in Springfield are hashing out a plan to create extra permits as the state grapples with an ongoing licensing imbroglio that’s hampered the governor’s pro-pot agenda, the Sun-Times has learned.

Legislators in Springfield are hashing out a plan that one lawmaker says could potentially double the number of new marijuana shops as the state grapples with an ongoing licensing imbroglio that’s hampered the governor’s pro-pot agenda, the Sun-Times has learned.

A lottery to determine the winners of the next wave of 75 licenses has been delayed indefinitely after a string of lawsuits were filed in the wake of the announcement that just 21 groups qualified in September. Though Gov. J.B. Pritzker later created a process to give the more than 900 losing applicants another shot, that plan has also prompted legal action from three of the finalists.

State Rep. La Shawn Ford, D-Chicago, is now pushing a legislative fix that would unleash 75 additional dispensary licenses, meaning there could eventually be a total of 150 new licenses. Those groups that didn’t make the cut for the lottery would automatically be included in the new application process without having to pay new fees, he added.

On Tuesday — a day after Ford and other members of a cannabis working group met with members of Pritzker’s team — the representative claimed new legislation could “cure some of the faults of the current law” and potentially “eliminate some of the lawsuits.”

Ford believes the move would help the state to meet its goal of prioritizing licenses for social equity applicants, a designation created to bolster minority ownership in the state’s overwhelmingly white cannabis industry. While all the initial lottery contestants earned the extra application points for qualifying for social equity status, concerns have been raised that some include individuals with deep pockets, connections to state government or existing ties to the cannabis industry.

“I can truly say that the governor’s office really wants to see this problem go away so that we can get more social equity applicants [involved] because that’s what the law was intended to produce,” he said.

A spokeswoman for Pritzker’s office didn’t respond to requests for comment.

“There’s, I think, consensus that we need to get more licenses out. But the how, I think, is the challenge,” said Cassidy, a key sponsor of the law that legalized recreational cannabis.

She said no agreements had been reached on how many additional licenses could be created.

“I think it’s very premature to talk about what’s going to be in it because I think we’re still talking concepts, not language,” she added.

Both the pending litigation and the potential for future legal action “impacts everything” lawmakers are considering, according to Cassidy, who compared the tenuous situation to poking a Jell-O mold.

“You poke it on the left, it’s going to wiggle on the right,” she said. “You always have to think about what that wiggle’s going to do.”

The news that legislators are considering legislation to create more licenses comes as Pritzker and other officials await a critical ruling on whether the state can move forward with the governor’s plan to offer a second chance to the losing pot shop applicants.

The plaintiffs in that case in Sangamon County argue that Pritzker and members of his administration are “bowing to political pressure from applicants who received lower scores” and instituting new rules that aren’t outlined in the law. They hold that the lottery should be held as it was originally announced.

Former state Sen. Pam Althoff, now the executive director of the influential Cannabis Business Association of Illinois, believes the plan to award additional licenses is being hatched because “there’s really nothing that can be done to change the first lottery results.”

Though Althoff hadn’t heard the specific proposal to issue 75 additional licenses, she was familiar with overarching idea of “a second round with the existing social equity applicant pool.”

Both Althoff and Ford said legislation could include a key change that would allow applicants to qualify for the additional batch of licenses without notching a perfect score — something that was a point of contention for social equity candidates who didn’t earn the crucial application points for partnering with a military veteran. Instead, they said applicants would merely need to meet a lower threshold.

But with the upcoming veto session canceled, lawmakers won’t be able to debate a new cannabis bill until January’s lame-duck session. Ford said that could work in their favor, given that only a simple majority is needed to pass both houses.