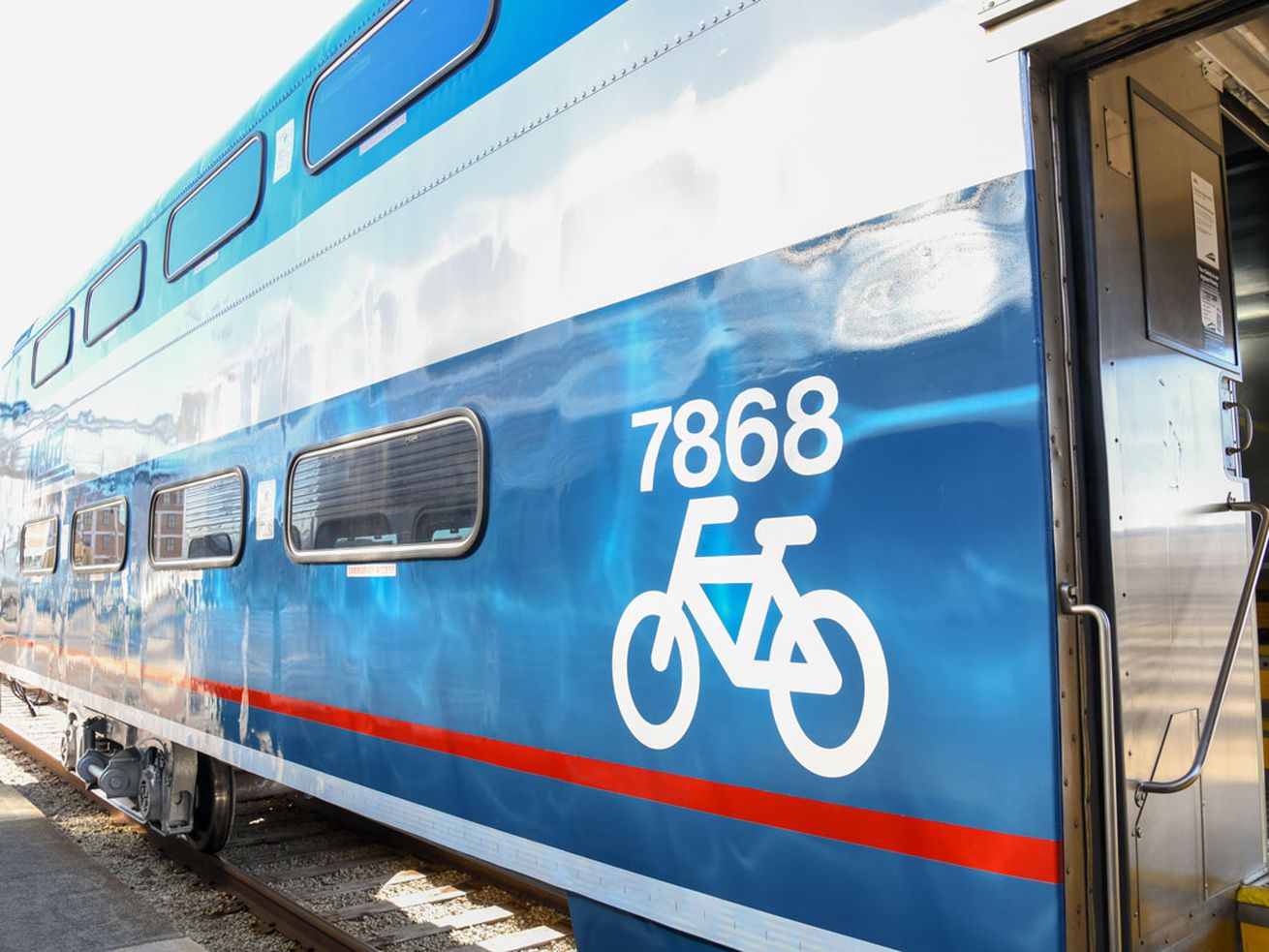 Metra’s new Bike Car carries 16 bikes. It will run only on the Milwaukee District North Line for now, but may be added to other routes. | Metra

The bike cars can carry 16 bicycles instead of the typical five allowed on regular Metra cars.

The commute for bike riders across the city and suburbs might get a little easier following Metra’s introduction of its first bike car this past weekend.

The car carries 16 bicycles instead of the five typically allowed on Metra cars. By the end of the year, a second bike car will be added through a pilot program expected to last until spring.

Depending on the program’s success, bike cars may be added to other lines. Metra also is relaxing its bike policy temporarily, allowing bikes on all trains across all 11 lines.

Metra chose the Milwaukee District North Line because many cyclists and reverse commuters use it; the route runs close to several nature preserves, parks and trails.

As they would on regular Metra cars, riders must bring their own bungee cord to secure their bike or e-scooter to one of the bike racks.

The bike cars are repurposed Pullman cars dating to the late 1960s. To make space for the bikes, Metra removed passenger seats on the lower level. Seats remain on the upper level for riders who wish to keep an eye on their bikes.

The car schedule can be found here.

#ICYMI: Metra debuted a new bike car on the MD-N Line to run on Saturdays through spring. The program may be expanded to include Sundays once a second bike car is completed later this year. pic.twitter.com/aNsKIrUHhh