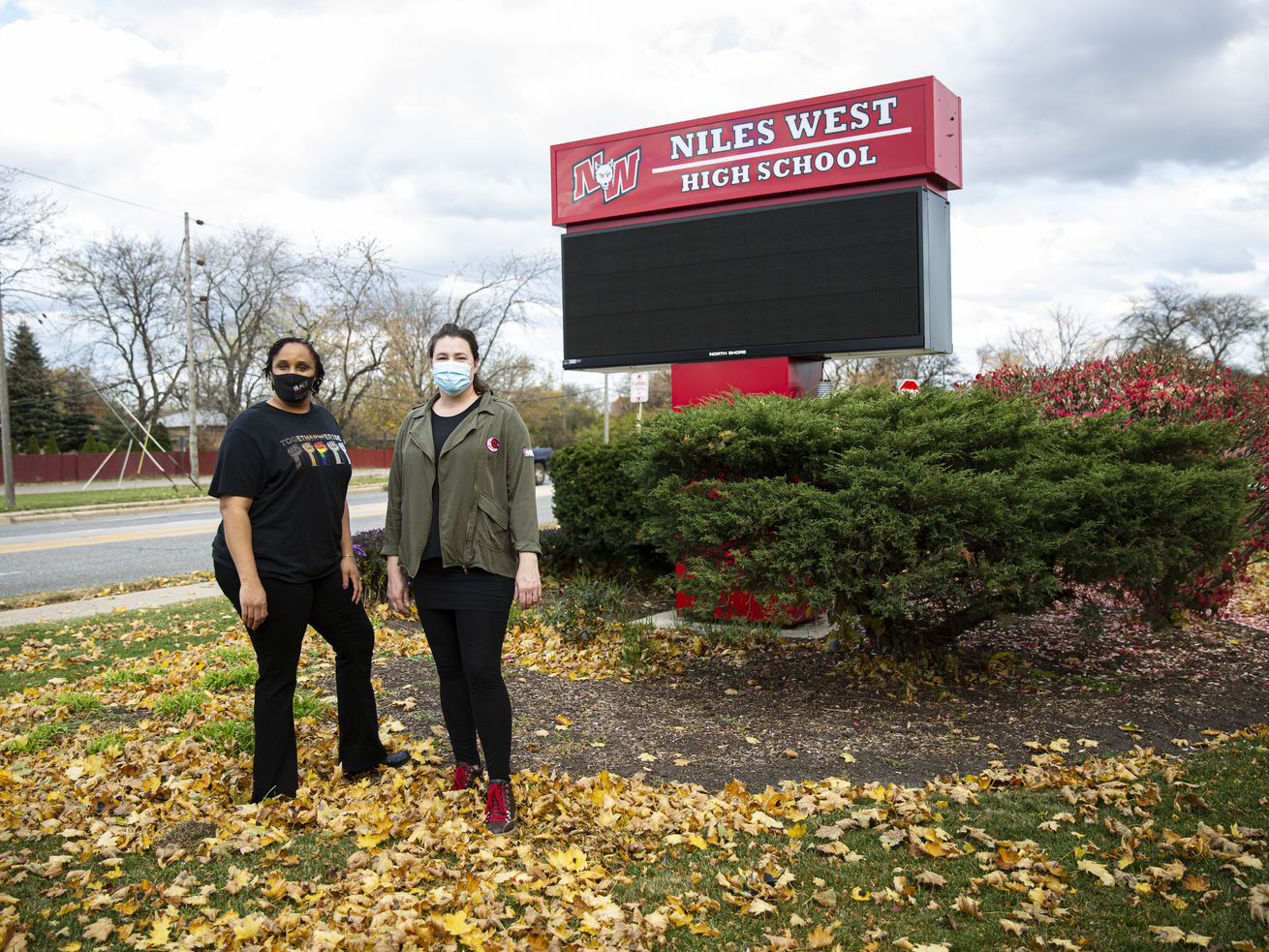 “I’m not fitting into their box, I guess, because their box leaves out so many people,” said Jill Manrique, school board vice president at Niles Township District 219.

Jill Manrique feels she made her views on social injustice clear leading up to her election to the Niles Township school board in spring 2019.

When another board hopeful, answering a question about racial equity at a candidate forum, said the district needed to be careful about “reverse racism,” Manrique chimed in, saying that concept isn’t real and explained why it’s important to fight for families of color.

And since she was elected to the District 219 board that runs Niles West and Niles North high schools in north suburban Skokie, Manrique believes she has lived up to voters’ expectations that she would work toward social justice.

A year and a half later, Manrique’s continued expression of those beliefs has been appreciated by some parents but caused uproar among others — so much so that her fellow board members adopted a resolution in a 5-2 vote last month that essentially aimed to silence her.

Manrique, the board vice president, had “disparaged community members with viewpoints that are contrary to her own” and had “taken positions on controversial political and social issues” that don’t represent the board, the resolution read.

The board accused Manrique of using social media to “disrespectfully respond to community members who have complained about her Twitter comments, at times mocking said community members.” The board “implores” Manrique to stop adversely impacting the district, it said.

Board President David Ko said in a statement the resolution was meant to make clear that Manrique does not speak on behalf of the board. He did not answer several questions.

Tension had grown for months as Manrique advocated for the Black Lives Matter movement during this summer’s protests. She joined students’ and some teachers’ efforts for the removal of school police officers. And Manrique said a platform should no longer be given to a police union official who suggested at a board meeting that schools should no longer call the police for help if they kick out their officers. She also posted a message of support for sex workers — calling for them to be decriminalized, respected and protected from harm — that irked some parents.

“I’m not fitting into their box, I guess, because their box leaves out so many people,” Manrique, up for reelection in 2023, said in an interview. “The establishment here likes to talk about how progressive they are. But they like to hide behind the diversity. … ‘This can’t be a racist place because it’s so diverse.’”

The police union official at odds with efforts to remove school officers said as much at a board meeting, according to a report. “That much diversity in a community the size of Skokie can hardly be characterized as racist,” he said.

Manrique soon began receiving disparaging messages from community members who disagreed with her stances. One called her an “idiot,” many urged her to resign, another insulted her children, and a few told her to leave the country.

A parent group called the Niles Township Accountability Coalition organized in support of school officers and called for an end to “partisan politics” in classrooms. One of the group’s core initiatives is “preserving the history of the United States,” according to its website, which asks supporters to “contact us if you have encountered radical activity in your school.”

One of NTAC’s founders, Patrick Johnston, is a retired Skokie detective. Another, Helen Levinson, started a petition calling for Manrique’s resignation that garnered hundreds of signatures. NTAC’s directors declined to comment for this story.

But some parents have appreciated Manrique’s advocacy.

Jasmine Sebaggala, a Black mother whose older of two daughters attends Niles West, said she’s faced plenty of racism in Skokie schools and has never felt heard or seen by a school board member before Manrique’s election.

“In listening to board meetings, Jill was the only board member that openly stood up for the Black and Brown staff members that work for the district and the children,” Sebaggala said. “It’s a shame that this board, they don’t listen to the concerns of their constituents of color. This board is an extension of the racism that I have experienced in this community since I’ve been here.”

Sebaggala was disturbed by the resolution that she saw as an attempt to silence not only Manrique but but all those fighting for justice. So she and another parent, Maggie Vandermeer, organized a protest Wednesday outside district offices, where a few dozen demonstrators showed up to support Manrique.

Those are the parents Manrique wants to keep listening to, she said.

“I’m just a conduit for what they need,” Manrique said. “I just want them to get what they need and what their kids need, and make this community the way that it talks about itself.”