If voters amend the state constitution to remove the flat income tax requirement, Gov. J.B. Pritzker’s plan would scrap the current 4.95% flat personal income tax rate with graduated rates in which the highest tax bracket would be set at 7.99% for a single filer making at least $750,000. Corporate rates would rise to 7.99%. 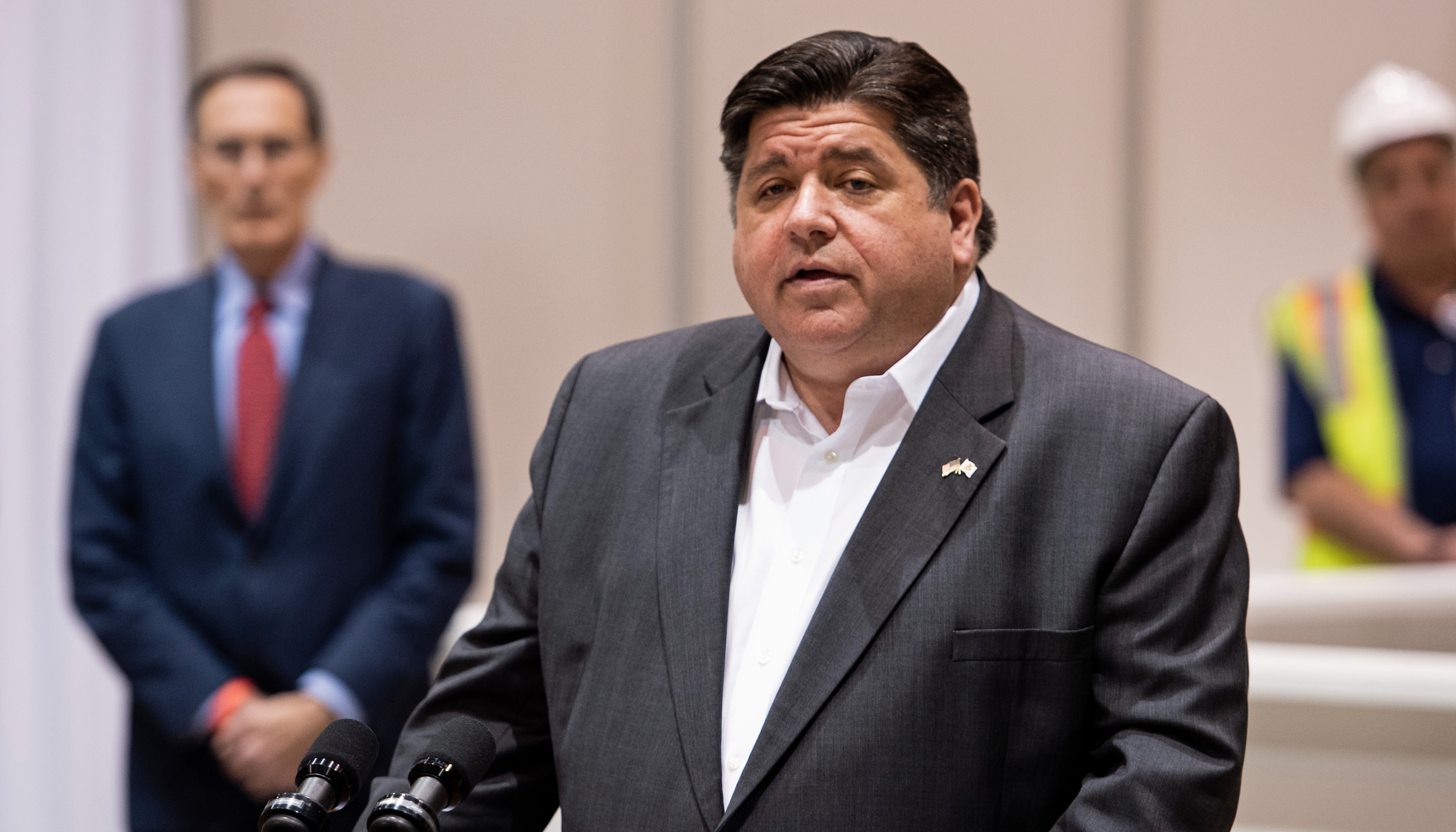 It would raise about $1.2 billion for the remainder of fiscal 2021 and $3.1 billion for a full year with increases imposed on the top 3% of filers. To pass muster, the amendment requires either 60% support among those voting on the question or more than 50% of those casting a ballot.

Some market participants have warned that the state’s general obligation bond ratings — all at the lowest notch above speculative grade, with negative outlooks — will fall to junk if the amendment fails.

“It is hard to handicap the probability of Illinois getting downgraded before the end of the year since a lot will depend upon the approval of Illinois’s progressive tax ballot measure” as well as the outcome of the presidential race and the contest for control of the U.S. Senate contests, Vikram Rai, head of Citi’s municipal strategy group, wrote in a Municipal Weekly report in October.

If the progressive ballot measure passes and Democrats take over the White House and the Senate, Illinois may be able to avoid a downgrade based on the expectation of more generous fiscal aid flowing from the federal government.

Citi estimates a 50 basis point widening in Illinois spreads after the first rating agency junks the state, with subsequent agency actions not having an impact.

The state’s spreads to the Municipal Market Data’s AAA benchmark have zig-zagged based on market conditions and pandemic news and it heads into the election with its one-year at a 145 bp spread with the 10 year at a 269 bp spread and 20-year at 257 bps.

Rating agencies recently affirmed the state at the lowest investment grade level with negative outlooks and red flags throughout the reports over the decisions coming due on borrowing and spending that will guide whether the state can avoid a cut to junk. None say a failed referendum would trigger a downgrade, but if it falls short action would be needed to cut spending or come up with other tax measures during the state’s annual fall veto session in late November.

Democrats support it. The GOP is opposed and various tax and policy groups have offered mixed positions on it.

"The idea here is to make it fairer. The existing ability for the General Assembly to raise revenue or to keep revenues the same or to decrease revenues in the state — that doesn’t change,” Pritzker said.

The Civic Federation of Chicago’s board — made up of representatives from corporations, service firms and nonprofit organizations — recently voted against supporting the amendment, citing a failure to couple the tax changes with reforms and a dislike of the proposed rate structure that will hold low income rates close to middle income levels.

“While attractive in the abstract, the graduated income tax amendment and its accompanying rate structure are far from a panacea for Illinois’ many financial challenges. Further, the Federation remains concerned that with an influx of revenues, lawmakers may consider their work finished and abdicate their responsibility to make the hard decisions that would actually complete the work of the state shoring up its finances,” the federation said.

Opponents argue the tax could further drive higher-end residents out of state and that the state can’t be trusted with an infusion of new tax revenue without structural changes on spending and pension debts. Opponents also believe that lifting the flat tax requirement could usher in higher taxes on the middle class and make it easier to swallow a small tax on retirement income. Illinois is one of three states that does not tax retirement income.

Bond measures
Across the Midwest, about $2.3 billion in bond authority is being sought by schools and municipalities in Illinois, Indiana, Michigan, Minnesota, Nebraska, Ohio, and Wisconsin.

Most measures are for schools. Madison takes the top spot seeking $317 million in bonding approval to fund new school and improvements to existing facilities. Wausau’s district is seeking $155 million to merge and renovate half of its elementary schools and Oshkosh school district is asking for $107 million for fund new schools, other improvements, and equipment purchases.

Another 18 measures from schools, a college district, and municipality appear on the ballot totaling about $380 million, bringing the Wisconsin total to about $960 million.

Gretna, Nebraska’s district is asking voters to authorize $258 million for new schools and other improvements. In Nebraska, two other measures appear on the ballot seeking a total of $82 million in borrowing authority for a total of $340 million.

Saginaw, Michigan’s school district wants $99.9 million of for new high schools. In Michigan, eight other measures appear on the ballot from schools and villages totaling about $480 million, bringing the total to $580 million. Detroit’s bond request to pay for property rehabilitation, demolition, and other blight remediation activities accounts for $250 million of the total.

If Detroit voters approve Proposition N, the junk-rated city would sell roughly $175 million of unlimited tax general obligation bonds later this year or early next year. No tax increases would be required because projections show continued capacity for capital investment without raising the debt millage.