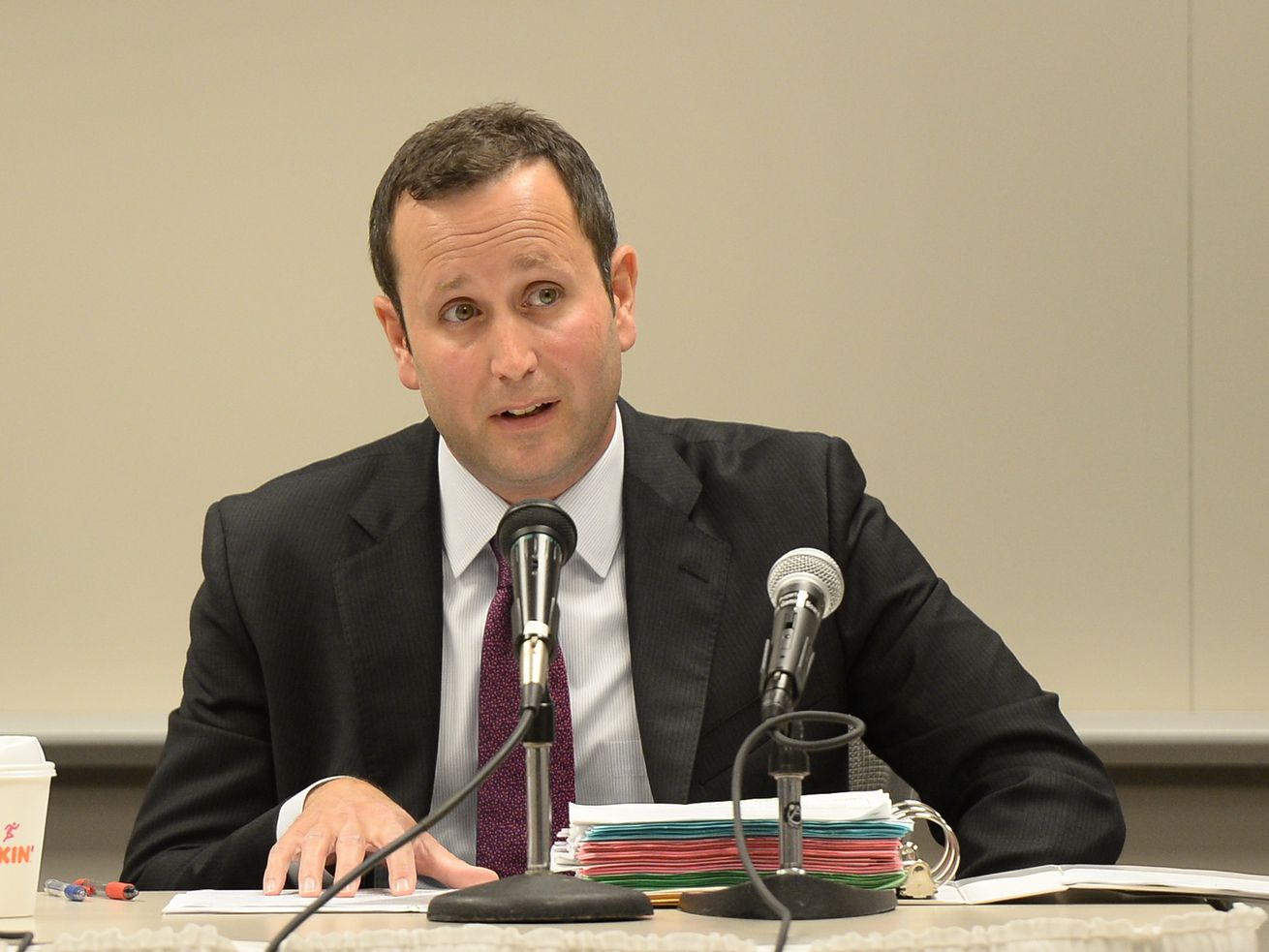 The Illinois Gaming Board is mulling proposals for four new casinos earmarked for Waukegan, the south suburbs, Rockford and downstate Williamson County.

Developers and mayors vying for the chance to break ground on new casinos — including two in Chicago’s suburbs — will have to wait at least another six months to find out if they’re holding a winning hand.

Illinois Gaming Board administrator Marcus Fruchter blamed the COVID-19 pandemic for pushing back his agency’s timeline for handing out the first round of casino licenses as part of Gov. J.B. Pritzker’s massive statewide gambling expansion.

“Like all government agencies and private businesses, the board’s work has been impacted by COVID-19,” Fruchter said at a special Gaming Board meeting held virtually Thursday. “This is not an excuse or a crutch. It is simply a recognition of the realities that work and life are different in a global pandemic.”

The coronavirus wasn’t a part of everyday life in October 2019 when casino applicants submitted 10 separate proposals for five licenses to the Gaming Board, which is responsible for vetting and approving those bids. The perpetually understaffed agency is also tasked with policing the state’s 10 existing casinos and 36,000-plus video gaming machines at bars and restaurants — not to mention rolling out the state’s newly legal sports betting industry.

Four of the new casino proposals are competing for one license to set up shop in southern Cook County, with each developer’s bid backed by their respective suburban host: Calumet City, Lynwood, Matteson and a site that straddles the border of Homewood and East Hazel Crest.

Three more proposals are jockeying for one casino license earmarked for Waukegan.

The three other municipalities that were authorized for casinos in Pritzker’s gambling expansion — Rockford, downstate Williamson County and Danville — each narrowed down the field to one developer each, though Danville is out of consideration for the time being as that east-central Illinois city reworks its bid.

Under state law, the Gaming Board was required to issue new licenses within a year or else give a written explanation for the holdup.

“To say that much has changed since that time would be an understatement,” Fruchter said. “I know that this may be unsatisfying to some, but we have a process, and we are remaining faithful to it.”

That means at least a six-month delay before developers can even start building the casinos that are meant to help fund Pritzker’s signature $45 billion capital infrastructure plan — and to offer new revenue streams for cash-strapped towns.

“It won’t change our project or our commitment to the community. It just pushes everything back. The community would certainly like to see this happen as soon as possible, and the state could certainly use the tax dollars,” said Rob Miller, the Hinsdale investor who leads the Matteson casino group South Suburban Development LLC.

Osi Imomoh, the regional general manager of Delaware North Gaming Division, which is behind the Calumet City proposal, called the delay “unfortunate because Southland Live Casino in Calumet City is the only south suburban applicant that will open a temporary casino within 90 days, quickly creating a significant number of jobs and much-needed revenue for the state.”

Homewood Village President Rich Hofeld said, “We’re disappointed, but given the circumstances, I fully understand it.”

Chicago also won a long-sought casino license in Illinois’ new gambling law, but it’s trailing well behind the other bids because Mayor Lori Lightfoot had to go back to Springfield in May to persuade lawmakers to lower the tax rates that a state-hired consultant had deemed “too onerous” to attract bids.

Eleven groups responded to a nonbinding request for information from the city seeking input on the potential location of a megacasino and accompanying attractions, Lightfoot’s office said earlier this week.

The city could begin seeking formal casino proposals “as early as the first half of next year,” according to Lightfoot’s office.