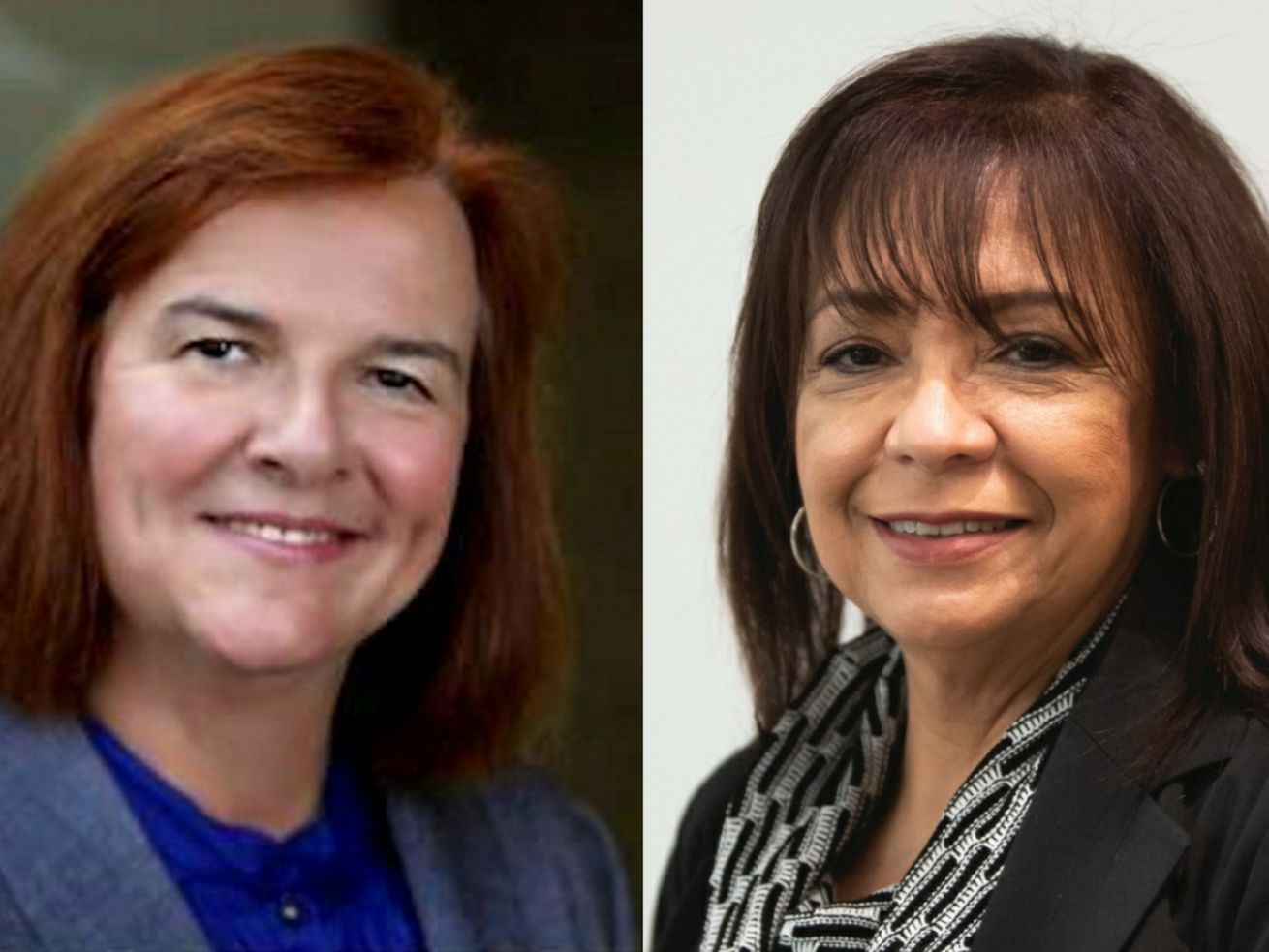 Democratic state Sen. Iris Martinez and Republican Dr. Barbara Bellar both vow to usher modernization and accountability into the important but obscure office.

Dorothy Brown began her run as Cook County Circuit Court clerk less than a year into the new millennium, and 20 years later, the two candidates vying to replace her agree on at least one issue:

Brown’s office desperately needs to be brought into the 21st century.

Democratic state Sen. Iris Martinez and Republican Dr. Barbara Bellar both vow to usher modernization and accountability into the important but obscure office.

The two are running to lead the agency that keeps the records in the nation’s second largest court system, numbering 1,400 employees, known for its inefficiency and labyrinth of yet-to-be digitized court documents.

The office has also faced corruption scandals under Brown, who isn’t seeking a sixth term. Federal authorities began investigating Brown in 2014 and secured convictions against two of her top aides for perjury and lying to a grand jury to protect her, but Brown was never charged and has repeatedly insisted she’s done nothing wrong.

In a race that’s considered to favor Martinez in the heavily Democratic county, both candidates have run low-key campaigns amid the coronavirus pandemic with mostly virtual events and without television advertising.

Martinez, a Northwest Side Democrat who beat the party-backed candidate Michael Cabonargi in the March primary, brands herself as an independent-minded politician. She was one of the first Democrats to call on Michael Madigan to step down as speaker and chair of the Illinois Democratic Party following ComEd bribery charges that implicated Madigan, who also has not been charged and denies any wrongdoing.

“I’m a no-nonsense person,” Martinez, 64, said in an interview, adding how she would implement an office-wide audit if elected. “You hear about patronage [in Brown’s office]. You hear about nepotism inside that office. We’ve really got to clean that up.”

Bellar, a Burr Ridge doctor and lawyer, also promises to clean up the office, which she said has “such a cloud of deception” surrounding it. Bellar, 72, said she’s qualified to run the clerk’s office based on her administrative experience as a medical director and as a lawyer.

“I have used the system, so I know where some of the landmines are,” Bellar said.

Martinez and Bellar’s proposed changes generally follow a September report of policy recommendations from the Civic Federation and two other lawyer groups.

Separately, the candidates both claim to have influenced the report, which calls for an office-wide audit and the implementation of Freedom of Information Act officers to respond to public record requests — something the office is currently exempted from under state law. The report also recommends fully remote access to case records and posting judges schedules online.

But revamping the court clerk’s office isn’t just a matter of smoothing out a filing system used by judges and attorneys, both candidates agree. Defendants and victims are also personally affected by issues in the system.

Martinez said it’s one of the reasons she’s running.

“I’ve heard too many of my constituents walk into my senate office and say, ‘I’ve was there three different times for child support and my paperwork has been lost.’ That’s a child that can go hungry,” Martinez said.

Bellar said she once represented a woman suffering from domestic violence who was kept from obtaining an order of protection while waiting for paper from the court clerk’s office.

“She waited weeks to get any kind of court records so she could protect herself and her children,” Bellar said.