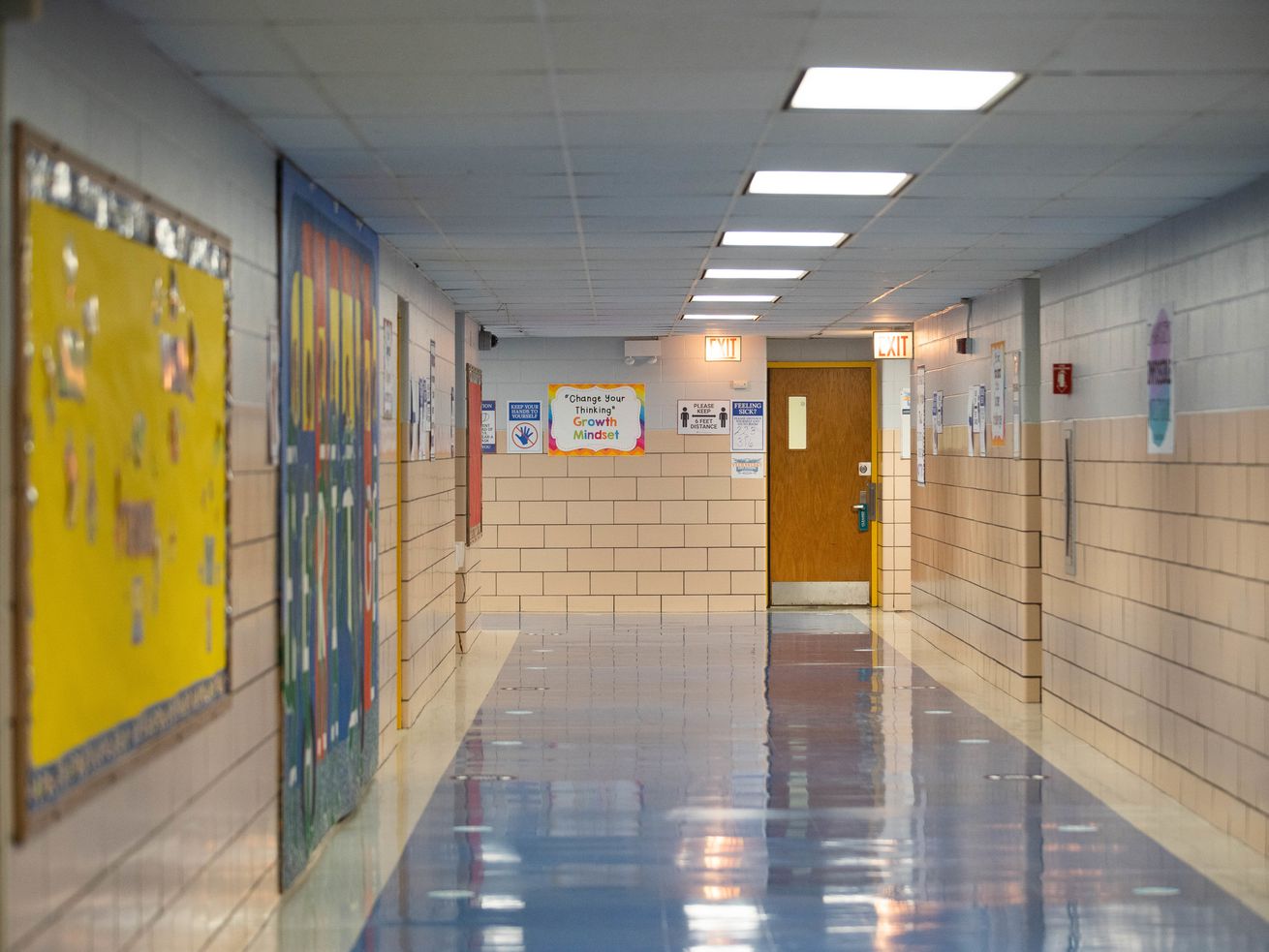 An empty hallway inside Dr. Martin Luther King, Junior Academy of Social Justice in Englewood is seen on the first day back to school Tuesday morning, Sept. 8, 2020. | Pat Nabong/Sun-Times

Remote learning will continue for the vast majority of CPS’ 300,000 students when the second quarter begins next month, sources said.

The vast majority of Chicago Public Schools students won’t return to classrooms for the second quarter of the academic year as public health conditions worsen this fall because of the coronavirus pandemic, according to three sources with knowledge of the school system’s plans.

In a call with principals Thursday, officials said most of CPS’ 300,000 students at the 500-plus district-run, non-charter schools will continue learning from home as the second quarter gets underway in early November, sources said.

Preschool students and children in special education cluster programs, however, are returning to classrooms next month because of their unique difficulties with remote learning, sources said. A decision on all other students returning to in-person learning for the third quarter in February is still under consideration.

Mayor Lori Lightfoot and CPS officials have not made their plans public but said earlier this week that an announcement would come “very soon.” A CPS spokeswoman did not respond to a request for comment Thursday.

The mayor and district leaders have long hoped that in-classroom schooling would be possible sooner than later. Over the summer, CPS unveiled a hybrid learning plan that would have sent most students back to school two days a week. That proposal was put on hold when the city saw a rise in COVID-19 cases and infection rates leading up to the school year, and officials said they would re-consider implementing that plan at the start of the second quarter Nov. 9.

Lightfoot said in late September that she was “very much concerned” about the long-term impact of teaching CPS’ youngest students remotely and had directed schools officials to develop “very specific plans for outreach to bring those children back into” the fold, hinting those kids could return to buildings.

There were 14,300 students enrolled in preschool programs at CPS last year. It’s still unclear how many are in the system this year and how strong of an impact the coronavirus pandemic has had on enrollment.

Special education cluster programs, meanwhile, are designed for students requiring a significantly modified curriculum with moderate to intensive supports in a separate classroom from general education classmates for a majority of the day.

In anticipation of an announcement, the Chicago Teachers Union, which has been adamant against reopening school buildings, tweeted that “a 3 p.m. meeting has been called for principals today, presumably for CPS and the mayor to inform school administrations of their plans to return SPED and early childhood ed students back to unsafe school buildings in November.”

In a later emailed statement announcing a Friday morning news conference, the CTU called CPS’ plan “dangerous” and said the move “defies the science and puts thousands of students, family members and educators at risk from the deadly pandemic.”

“The mayor’s excuse for pushing early learners and special education students back into schools is driven by CPS claims that these students are not being served well by remote learning,” the union said. “But CPS has rejected every union proposal to improve remote learning for all students, or to improve services for the district’s most vulnerable special needs children.”

The CTU pointed to an arbitrator’s ruling earlier this month that said CPS officials have not proven their schools are safe for workers or students. That determination was the result of an unfair labor practice complaint filed by the union and is under appeal by the district.

In August, the CTU was planning a potential strike vote as it rallied for buildings to remain closed at the start of the school year. Hours after that news broke, word came out that CPS officials would back off their hybrid learning plan and announce a return to full-time remote learning in the fall.