After President Trump blocked aid to state and local governments by halting negotiations on a COVID relief package, Illinois AFL-CIO President Tim Drea made the following statement on the urgent need for action: 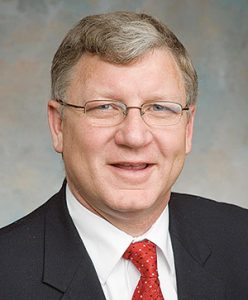 "Last week President Trump announced he was ending all negotiations on a COVID-19 stimulus bill desperately needed by struggling families and communities nationwide. He did so despite House Speaker Nancy Pelosi’s overtures and willingness to compromise.

"In response to widespread anger at his actions, the president subsequently allowed discussions to resume. However, it is not yet clear whether a sincere effort is being made to reach an agreement.

"There is no excuse for this kind of feckless and erratic approach to one of the most critical challenges facing our country right now—the need for federal assistance that can help individuals most in need all across our country and provided essential fiscal aid to state and local governments, as well as the airline industry.

"This should not be a partisan issue. The coronavirus is devastating all communities governed by officials from both parties. And federal aid is designed to save jobs and public services everywhere. The bipartisan National Governors Association said recently, ‘We know now that there can be no national recovery if state and local governments aren’t solvent…. This is a national problem, and it demands a bipartisan and national solution.’

"Leading experts also agree. There is consensus from economists across the ideological spectrum – including the Chair of the Federal Reserve who spoke up emphatically this week – that this aid is essential to a healthy recovery.

"Democrats, Republicans and Independents alike want timely trash pickup, safe schools, fast 911 response times and other strong public services. This is not a question of red and blue; it’s about right and wrong."