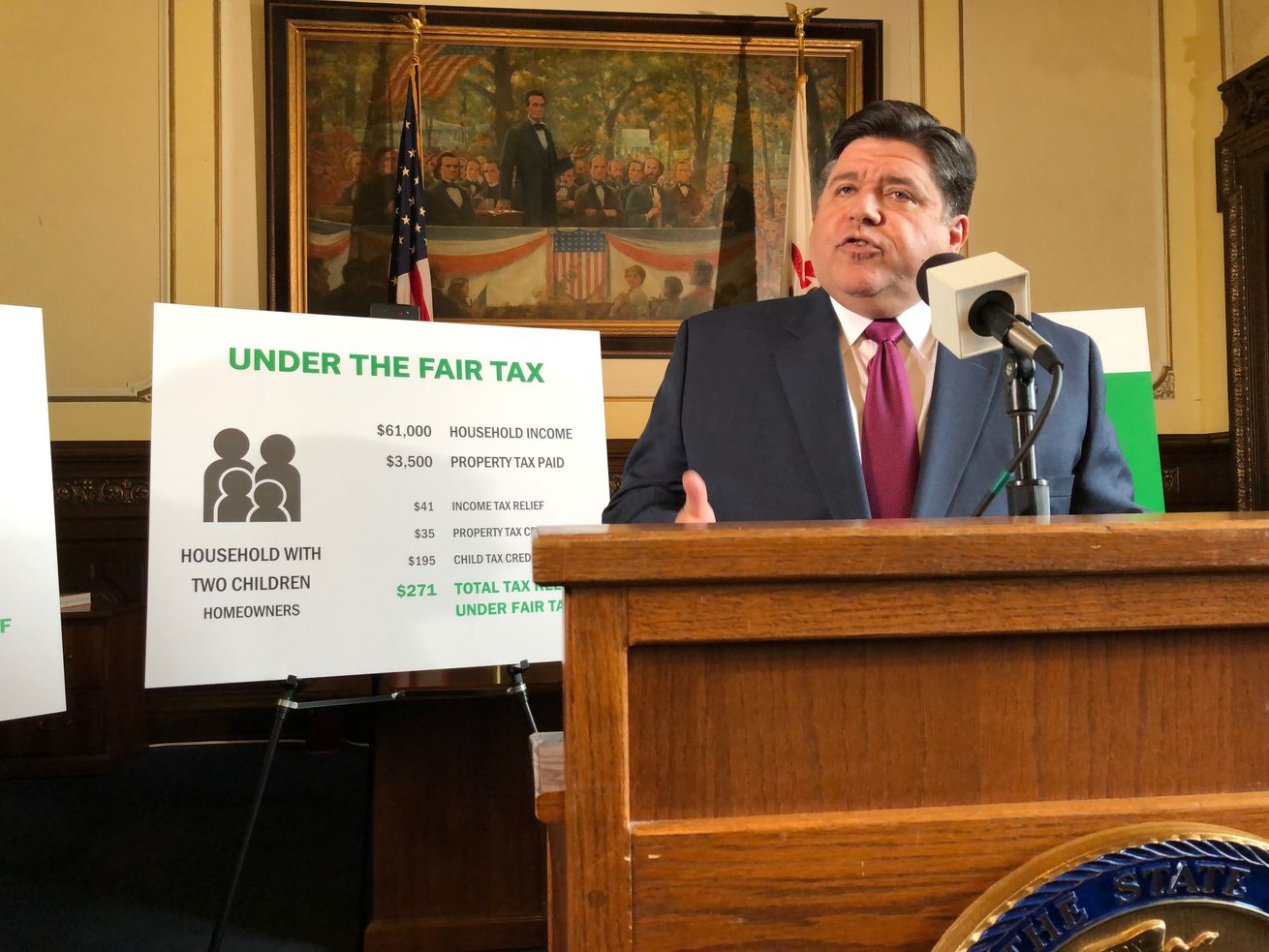 Does anybody really believe the wealthiest people and business interests in Illinois — the folks driving the opposition to a proposed “fair tax” — are in this for the rest of us?

There’s an old saying we hope you’ll keep in mind when you see one of those slick TV ads warning you of the terrible, devastating horrors to come if Illinois adopts a graduated income tax.

Does anybody really believe the very wealthiest people and most powerful business interests in the state — the folks driving the opposition to a proposed “fair tax” — are in this for the rest of us? They are the folks — not the other 97% of us — who will pay more in taxes if the voters of Illinois approve this constitutional amendment on the Nov. 3 ballot.

They are in it for themselves.

Consider, as well, the source on the flip side.

Consider all the groups that stand with ordinary people — with plumbers, teachers, bus drivers, owners of small businesses, single parents, the disabled and retirees — who have strongly urged that you to vote “Yes” on the Fair Tax amendment.

We have in mind such groups as the Illinois Alliance for Retired Americans, AARP Illinois, Access Living, the Illinois Primary Health Care Association and almost every major labor union.

They are, to a far greater extent, in it for you.

Rich or poor, nobody likes taxes

Millionaires and billionaires don’t like paying higher taxes any more than the rest of us, though they are in a much better position to do so. It’s in their bald self-interest to kill the Fair Tax proposal, meaning Illinois would remain stuck with its regressive flat tax — no matter what harm is done, down the road, to middle-class and low-wage earners.

And you can count on that: If Illinois does not approve a graduated income tax, the likelihood that ordinary working people will have to pay higher taxes will only grow.

The states’ finances are in crisis and additional revenue is necessary. Cutting expenses alone won’t do the trick. If that additional tax revenue is not paid by the very wealthiest taxpayers, as set out in the Fair Tax plan, it will be paid by everybody else — every carpenter, hair stylist, accountant and store clerk.

This is precisely why Gov. J.B. Pritzker, a billionaire himself, is pushing the Fair Tax hard.

Pritzker knows the state needs additional revenue. There’s no way around it. But he’s also a politician who would like to get reelected, so he’d like to tick off the fewest voters possible. The Fair Tax would demand more of the wealthy while sparing the rest of us.

Consider some of those who support the Coalition to Stop the Proposed Tax Hike Amendment, the group running those alarmist and misleading TV ads.

There is, of course, the hedge fund billionaire Ken Griffin, the richest man in Illinois, who has sunk a whopping $46.75 million into the Coalition’s work.

There is Craig Duchossois, chair of The Duchossois Group, which has ownership stakes in Arlington Racecourse and Churchill Downs.

There is Sam Zell, the billionaire former owner of the Chicago Tribune. Zell saddled the Trib with billions of dollars in new debt before moving on.

There is Jay Bergman, founder of Petco Petroleum Co.

There is Donald Wilson, founder and CEO of DRW Holdings, a financial futures trading firm.

There is also Americans for Tax Reform, led by the anti-government and anti-tax absolutist Grover Norquist.

There is the Civic Committee of the Commercial Club of Chicago, a who’s who of the wealthiest corporate CEOs and board chairs in the Chicago area.

There are, as well, groups like the Illinois Chamber of Commerce, the Illinois Business Alliance, the Illinois Farm Bureau and the Home Builders Association of Illinois, all professional groups top-heavy with wealthy people who can’t imagine why they should pay taxes at a higher rate than the folks who mop their office floors.

We’ve made the argument, repeatedly, that Illinois’ fiscal problems make it imperative that the state switch to a progressive income tax, and we’ve heard nothing from the other side to convince us otherwise. Illinois faces a $6.2 billion budget deficit, and the pandemic threatens to dig that hole deeper — to $7.4 billion.

Under Pritzker’s plan, the graduated tax would raise taxes only on those with incomes of $250,000 and up. Those taxpayers would pay just under 3 cents more on a dollar on income above that threshold.

Illinois is one of only a handful of states with a flat income tax. Thirty-four other states, including our neighbors Wisconsin, Iowa and Missouri, have a progressive tax. The federal income tax is progressive, as well.

America is a nation of rising inequality, made worse by the pandemic. The top 1% of Americans enjoy an income that is 26 times higher than that of the other 99%.

To ask a wealthy person in Illinois, then, to pay income taxes at a slightly higher rate, so that a night-shift janitor with a couple of kids won’t have to pay more, is the right thing to do. It’s fair.

Whether you vote early, by mail or in person on Nov. 3, we urge you to do this: Vote “Yes” on the Fair Tax.