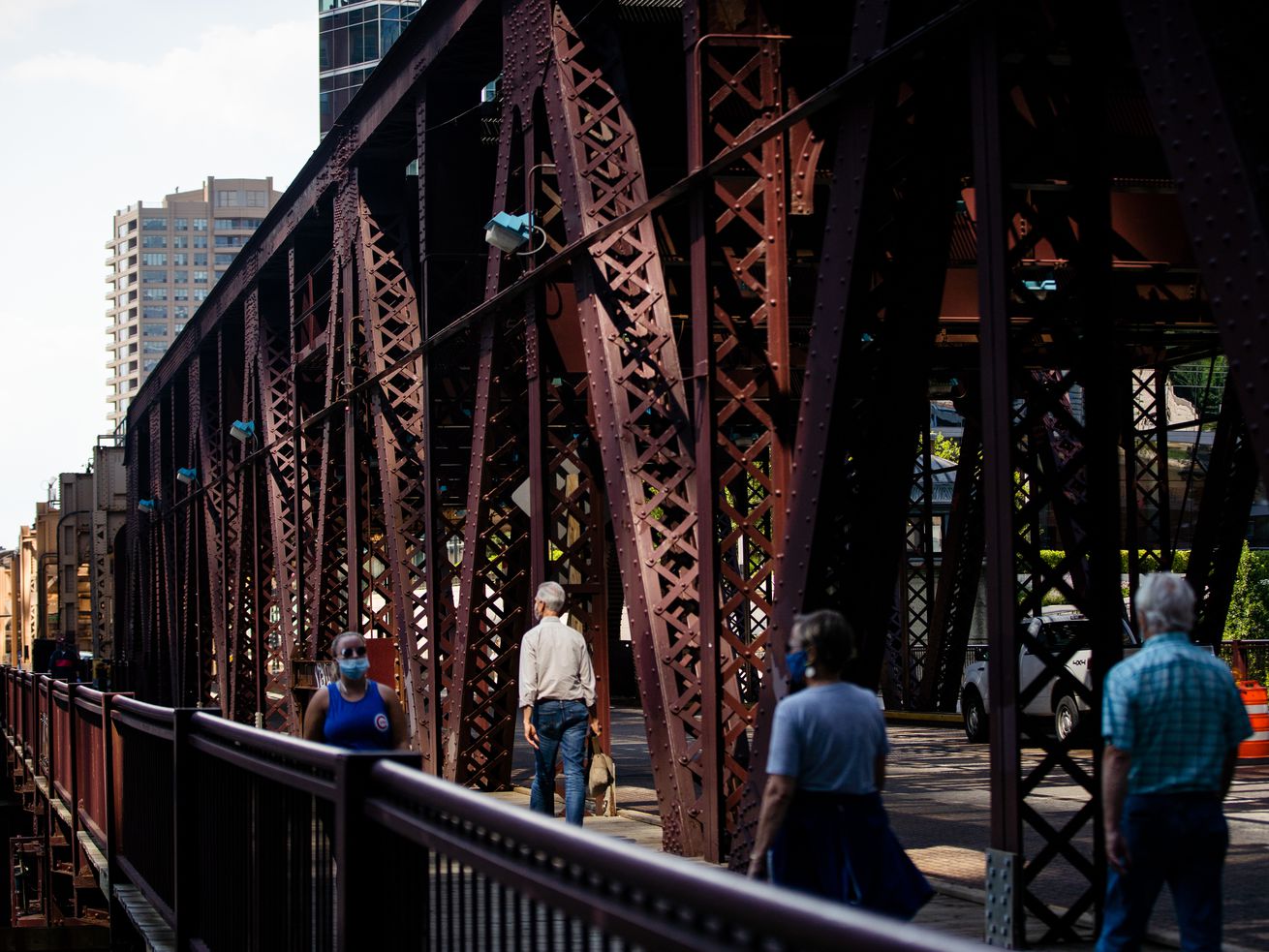 Improvements to the Lake Street bridge, which carries cars and pedestrians on one level and CTA trains above, are being held up as aldermen seek stricter requirements for minority contracting on the project. | Sun-Times file

The move by the mayor’s Council floor leader to hold up $9.1 million in upgrades comes two weeks after aldermen were warned by the corporation counsel not to go too far in demanding minority participation on city contracts.

A pair of downtown CTA improvement projects valued at $9.1 million got stuck at the legislative station on Monday amid demands for more minority participation.

At the behest of Mayor Lori Lightfoot’s floor leader, the City Council’s Finance Committee demanded that both intergovernmental agreements be amended to require the CTA to abide by the city’s more rigid set-aside requirements of 26 percent for companies owned by minorities and 6 percent for firms controlled by women.

“I’m not concerned about that. At no time did any of the members — nor would any of the members — discuss any certain firm. This is more about making sure that MBE and WBE firms have an opportunity to work on publicly-funded contracts,” Villegas said Monday, referring to businesses owned or controlled by minorities (MBE) or women (WBE).

One of the stalled inter-governmental agreements with the CTA would have authorized $7 million generated by the Central Loop tax-increment-financing district to bankroll rehabilitation of the Lake Street bridge infrastructure and tracks.

The other would have authorized $2.1 million in TIF assistance for “life safety improvements” of the Blue Line Dearborn subway between Arcade Place and Marble Street.

The Finance Committee will reconvene at 3:30 p.m. Tuesday to reconsider both projects. But Villegas and his colleagues made it clear they would not sign off unless the city’s more rigid minority contracting standards apply.

Although both projects are 100% city-funded, the CTA uses a federal “disadvantaged business enterprise” standard, or DBE. That standard, Villegas argued, is far less inclusive.

DBE includes minorities and women but “does not recognize veterans,” Villegas said. DBE percentages also “fluctuate, depending on the scope of the work” and sometimes drop “as low as 10%” he said.

Also, the “net-worth threshold” to qualify as an MBE or WBE is $2.5 million for the city, but just $1.3 million for DBE’s, Villegas said.

“I would ask that any entity that takes city dollars has to utilize [the city’s] minority and women-owned program. That way, we can give a better chance to city and minority-, women- and veteran-owned firms. I’m not gonna support this project until that language is in there,” Villegas said.

Ald. Jason Ervin (28th), chairman of the City Council’s Black Caucus, said federal rules apply to federally-funded projects, but he wants “our particular set of rules to apply” on projects that use “our dollars.”

Deputy Planning and Development Commissioner Tim Jeffries said it’s been “sort of a longstanding policy with — not just CTA, but with all sister agencies to apply whatever DBE-MBE policies they have.”

“If that’s not the direction this body would like to go in the future, that’s fine. We can look at it. We just need to figure out how that works. Because in some cases, the CTA, the Park District — they have their labor force that was already in place that would do things in-house. It gets very complicated very quickly,” Jeffries said.

But when he gaveled the meeting back to session, Waguespack said: “Due to the complexity of these issues, I don’t want to rush.”

Waguespack’s caution may will have something to do with Flessner’s warning.

The corporation counsel noted set-aside goals for each transaction are established “in accordance with the availability of vendors in the local marketplace” after a “disparity study conducted by subject matter experts.”

Therefore, it is imperative for aldermen to “avoid trying to unilaterally amend the terms of a deal” and set specific goals for including businesses owned by minorities and women.

“What is not appropriate and could result in legal liability is `on the fly’ attempts to re-write city law and impose new requirements on a transaction during a committee hearing. Those kinds of actions are not appropriate and are legally difficult to justify,” Flessner said.

Flessner said there is a “significant difference” between asking questions in committee or “even making suggestions as to whether a particular proposal can be amended” and insisting a proposed ordinance be “drastically and fundamentally amended through the imposition of compelled concessions unrelated to that ordinance as a pre-condition” for the committee’s OK.

“The former is defensible. The latter is difficult to justify,” he wrote.