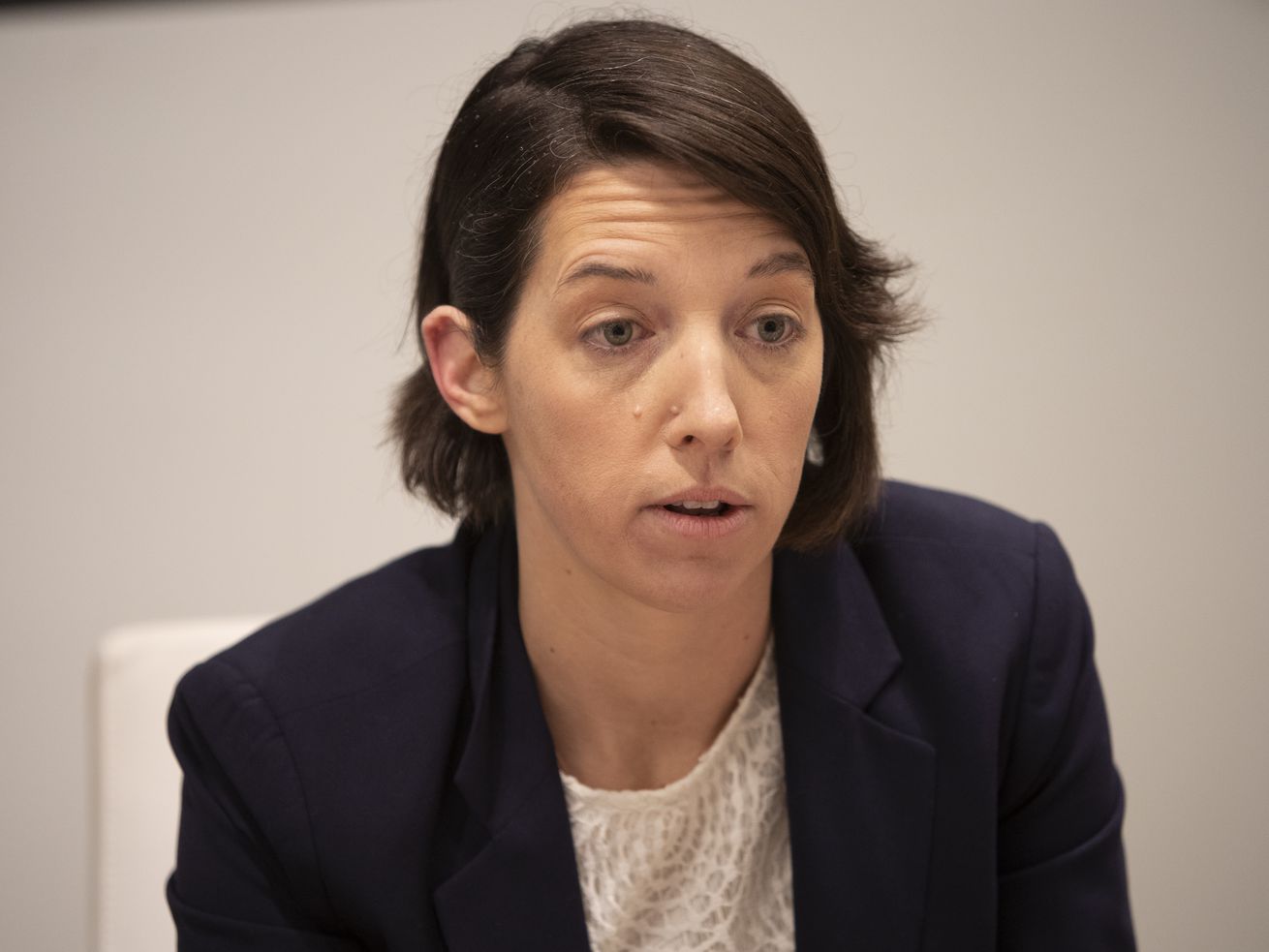 LaPointe’s background in social justice and social work has left a clear and compassionate stamp on her efforts in Springfield.

State Rep. Lindsey LaPointe was appointed to the General Assembly just a year ago, but in that brief time she’s earned the privilege to hold the seat for a full term. LaPointe has been busy since taking office.

Most notably, she proposed a bill that would allow firefighters, paramedics and other medical first responders to claim worker’s compensation benefits for post-traumatic stress disorder. She’s also co-sponsored a range of other credible legislation, such as the Clean Energy Jobs Act and a law that would give students time to vote during school hours on Election Day.

We found her to be a thoughtful lawmaker whose background in social justice and social work has left a clear and compassionate stamp on her efforts in Springfield, so far.

LaPointe, a Northwest Side Democrat, is endorsed over Republican Jeff Muehlfelder, a Chicago Police detective, and Libertarian candidate Joseph Schreiner.