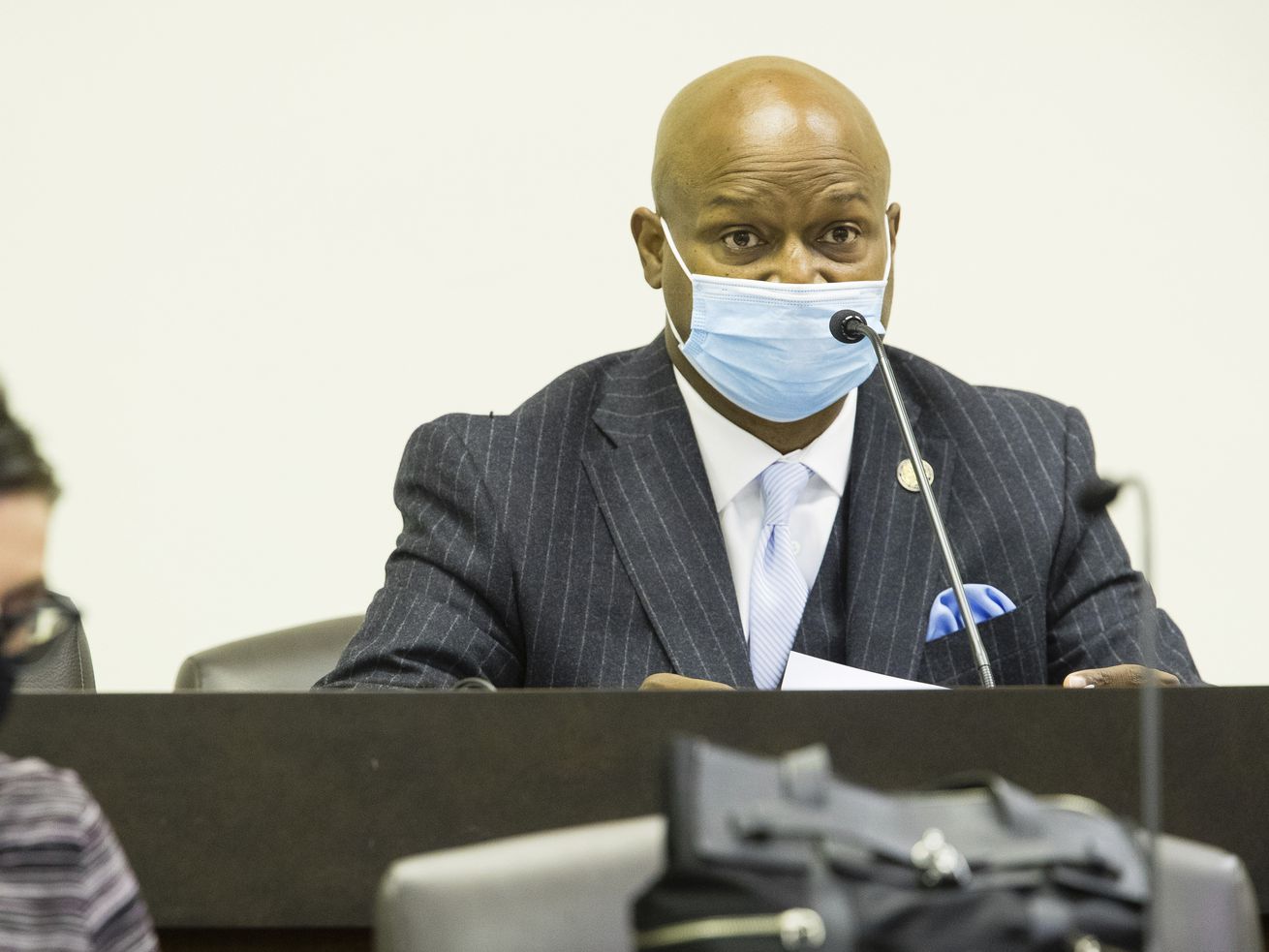 The real question is how long the rest of their Democratic colleagues will continue with the charade. Madigan needs to go.

A trio of Illinois House Democrats dug in their heels, buried their heads firmly in the sand and did their best Tuesday to ignore a litany of damning evidence against House Speaker Michael Madigan.

This was not a surprise. The three were named to an Illinois House Special Investigative Committee looking into Madigan’s dealings with Commonwealth Edison specifically for purposes of defending him.

The real question is how long the rest of their Democratic colleagues will continue with the charade.

Illinois Republicans used testimony from a ComEd official Tuesday to try to hasten that process, laying out in painstaking detail the deferred prosecution agreement between federal prosecutors and the utility company.

It won’t work, at least not yet. House Democrats have the votes to keep Madigan in power and effective veto power over allowing any disciplinary proceeding against him to advance.

With the voting already underway for the Nov. 3 election, it’s understandable they’d want to keep the problem at bay a while longer.

But they’d better start looking down the road before the next shoe drops at the Dirksen Federal Building. This isn’t going to get any better.

The speakership election is now only a little more than three months away, and all indications are that Madigan is looking at another term.

Democrats aren’t doing themselves any favors in the long run by pretending there aren’t legitimate issues at the core of the Republican complaint against Madigan, even if it is a political maneuver intended to put him on the defensive before the election.

And just because Republicans don’t have the votes to make their charges stick doesn’t make it improper for them to have brought them in the first place.

Madigan has not been charged with a crime, and he may never be. But there are very serious issues raised by the federal prosecution of ComEd.

At the very least, crimes were committed in Madigan’s name, even if they weren’t committed by him personally. What kind of leadership is that?

It’s not enough for Madigan to say there’s no law against him recommending people for jobs.

There’s quite a bit more to this than that. He treated ComEd like a private hiring hall for his political cronies.

Surely, he understood that company officials perceived a tactical need to cultivate his goodwill.

No piece of legislation advances in Springfield if he is against it.

Tuesday’s only witness, David Glockner, executive vice president for compliance and audit with Exelon, ComEd’s parent company, helped Republicans fill in the blanks in the deferred prosecution agreement, putting names to the alphabet soup of Individual A and Lobbyist 1.

But he refused to be drawn into characterizations of the evidence that would lend assistance to either side.

The Democratic defense could be summarized as: People who live in glass houses shouldn’t throw stones.

They tried to make the point that Republican legislators, including House GOP Leader Jim Durkin, who brought the case against Madigan, also recommended people for jobs and lobbying positions with ComEd.

They didn’t get very far with that effort, but maybe they know more.

The most important point Democrats brought out in Madigan’s defense, which anyone who had read the deferred prosecution agreement already knew, is that, in Glockner’s words, it “does not establish personal knowledge by Mr. Madigan” of the alleged bribery conspiracy.

For anyone who knows anything about how Madigan operates, it’s impossible to read through the deferred prosecution agreement and believe he didn’t know what was going on.

But proving it is another matter.

If or when prosecutors can establish Madigan’s knowledge, we can be certain they will bring a case against the speaker himself.

Legislators don’t need to wait that long to render their own verdict.