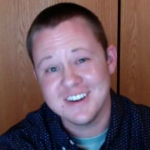 Thirty-two year old Seth Wiggins is another candidate who says he doesn’t fit so neatly into the major political parties’ philosophies. But he’s running as a Democrat against Republican incumbent Tom Demmer in the Illinois House 90th District. Wiggins says he left on social issues and right on fiscal matters.

Wiggins says he’s not a fan of taxation, because he feels when you earn something you ought to be able to keep it. But he knows government has to be paid for somehow, and he’d rather have a graduated income tax than a higher income tax across the board. He says the state needs to fund services reliably, and it needs to take the burden off local governments.

Wiggins is vowing to stand up against what’s wrong, even to other Democrats. In an interview with WCMY, he said that includes House Speaker Michael Madigan, if he’s wrong. A special legislative committee is looking into ethics issues related to Madigan and ComEd allegedly trying to bribe other people who could influence the Speaker.

You can hear all of the interview with Wiggins here: