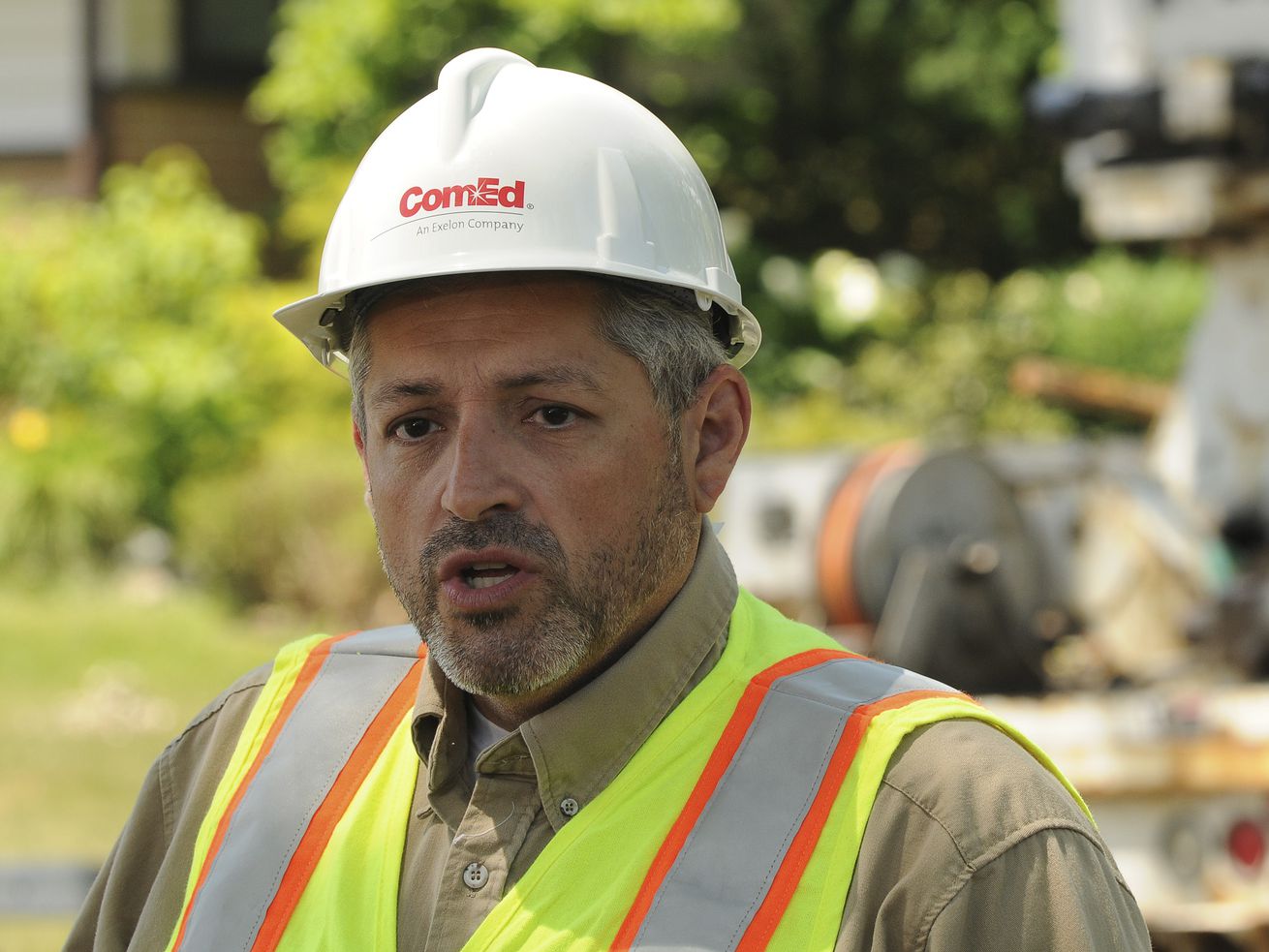 The feds look poised to secure their first conviction related to the bombshell ComEd bribery case that put House Speaker Michael Madigan on his heels earlier this year.

The special Illinois House committee digging into Speaker Michael Madigan’s dealings with ComEd is set to get back together Tuesday — and it may do so amid some unexpected drama.

That’s because, one hour before the committee is set to meet, the feds look poised to secure their first conviction related to the bombshell ComEd bribery case that put Madigan on his heels earlier this year.

Federal prosecutors earlier this year accused ComEd of a bribery scheme that sent $1.3 million to Madigan’s associates for doing little or no work for the utility, all while ComEd hoped to land Madigan’s support for legislation in Springfield worth more than $150 million. Madigan has not been charged with a crime and he denies wrongdoing. But ComEd has admitted to the conduct in a deferred-prosecution agreement with the feds.

A separate charging document filed against Marquez specifically points to a $37,500 payment Marquez made to an unnamed company in 2018, “a substantial portion of which was intended for” Madigan’s associates. Though that document is light on specifics, more details could come out during Marquez’s court hearing Tuesday — moments before the special House committee is set to meet.

Members of the committee will surely be paying attention. ComEd is expected to participate in Tuesday’s hearing, though it was unclear Monday who would be representing the company. The committee has invited several key players in the scandal to testify — including Madigan, his political ally Mike McClain, and former ComEd execs Marquez, John Hooker and Anne Pramaggiore. All have declined to participate except for ComEd, according to Rep. Tom Demmer, the Republican spokesperson on the committee.

Demmer said House Republican Leader Jim Durkin, who filed the petition that triggered the committee, was expected to give an opening statement Tuesday. Rep. Emanuel Chris Welch, the chairman of the committee, said in a statement Monday that it would be “inappropriate” for Durkin to be allowed to make statements or question witnesses. Welch also warned that Durkin may be called as a witness “due to his significant involvement in the energy legislation referenced in his petition.”

Durkin responded with his own statement, insisting that he would “be making an opening statement (Tuesday) and questioning the confirmed witness, Commonwealth Edison, on the admitted facts laid out in the petition against Michael J. Madigan.”

Demmer said “a couple of rounds of correspondence” with U.S. Attorney John Lausch’s office will also have to be entered into the record Tuesday.

The committee sought guidance from Lausch this month on how it should conduct its probe without interfering with the ongoing federal investigation of ComEd. Lausch gave further guidance in a letter Sept. 23 that said, “to be clear, this office has not objected generally to a witness providing ‘non-public’ information.”

Demmer said his understanding of the feds’ guidance is that “we can’t ask (witnesses) to provide information that they received from the government.” And though committee members can’t ask witnesses what they told a grand jury about a certain subject area, he said he believes members are free to ask witnesses about the subject itself.

“We wanted to make sure that there’s not a perception that certain things couldn’t be discussed in that committee,” Demmer said.

Finally, Demmer said the committee is likely to discuss last week’s letter from Madigan, in which the speaker said he would not be appearing before the committee while insisting, “I have done nothing wrong.”

Though Madigan wrote that, “I cannot provide information I do not have, and I cannot answer questions about issues of which I have no knowledge or conversations to which I was not a party,” Demmer said members of the committee might still have a few questions for the speaker.