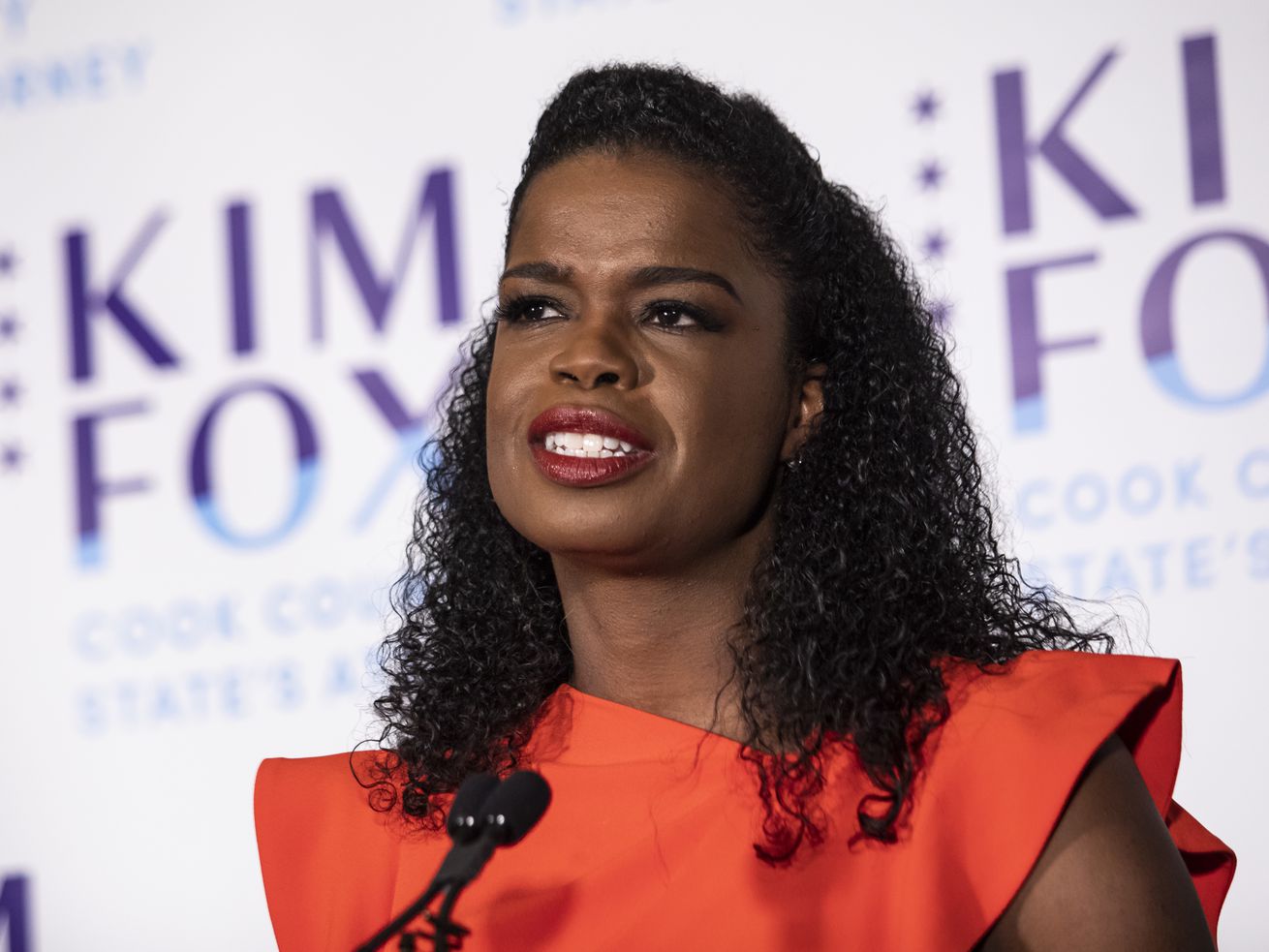 Kim Foxx is bringing about a sea change in the office of Cook County state’s attorney. | Ashlee Rezin Garcia/Sun-Times

The job of a prosecutor, Foxx understands, is not just to rack up convictions, but to fight for justice and real community safety.

There can be no going back.

There was a time in Cook County, not long ago, when innocent people were wrongly convicted of serious crimes based on the most questionable evidence. As dozens of later exonerations showed, it happened more than we could have imagined.

There was a time when the Cook County state’s attorney’s office routinely looked away from police misconduct, with the need for prosecutors and the police to work together outweighing all else. A prosecutor might accept at face value a confession the police had gained from a suspect — and not question too closely how that confession was gained.

There was a time when political clout and family connections — like being a mayor’s nephew — seemed to sway decisions about who might be prosecuted for a crime and who might not.

And there was a time when county prosecutors measured success largely by a single standard: How many convictions they racked up. Never mind that our jails and prisons were filled with lower level offenders, disproportionately poor people of color, and many of no particular danger to society.

Our streets were not made safer. Justice was not served. Rehabilitation was not a priority.

So four years ago, when the voters of Cook County saw a chance to force a change in all that, they rejected the incumbent state’s attorney and elected Kim Foxx. Foxx campaigned on a promise to dispense justice with greater fairness, regardless of clout or special connections, and to make our streets safer by focusing more on prosecuting violent criminals rather than petty offenders.

We supported Foxx then and we support her now, fully acknowledging the mistakes she has made in the Jussie Smollett case — because we fully appreciate the progress she has made. The Cook County state’s attorney’s office cannot, must not, go back to its old ways.

Kim Foxx has our endorsement.

Foxx has done much to bring about a sea change to the office, one still in its early stage.

She has reduced the time, effort and taxpayer money used to pursue cases against petty offenders. She has declined to prosecute more than 5,000 cases involving low-level offenses — mostly retail theft or drug crimes — that her predecessor, Anita Alvarez, likely would have pursued, according to a 2019 analysis by The Marshall Project.

Foxx has instead increased by some 25% her office’s reliance on alternative sentencing, sending thousands of low-level and first-time offenders to drug treatment, mental health and other diversion programs rather than prison. Nobody turns their life around in prison, though almost all offenders return to their communities eventually.

Foxx set up a Gun Crimes Strategies Unit to target repeat gun offenders in five Chicago neighborhoods that have been victims of some of the worst violence. More of those repeat offenders are now being charged with Class X felonies that carry the stiffest possible penalties.

And after lawmakers passed a historic bill legalizing recreational marijuana in Illinois, Foxx quickly expunged the records of 1,000 people who had convicted of minor pot offenses.

More such expungements, as required under the law, can be expected.

Foxx has also strengthened her office’s conviction integrity unit, which in less than four years has vacated the wrongful convictions of more than 100 innocent people.

Foxx has made the state’s attorney’s office more transparent, providing the public, for the first time, with online access to records for every felony case dating back to 2011.

To our eyes, all of this looks like real justice.

And to those who argue that Foxx is just soft on crime, we would point out that in the first three full years that Foxx has dismissed many more low-level charges, pursued bail reform and even dismissed a greater percentage of cases involving more serious crimes — because her office deemed them not “winnable” — violent crime rates in Cook County actually declined. One year after the next.

We understand violence remains a huge problem in Chicago, which is on pace to see its highest annual homicide count in more than two decades. But the ultimate solution must involve the county’s top prosecutor working alongside Chicago police, federal authorities, the mayor, community stakeholders, academics and others. Foxx is more well-equipped than her leading opponent, Republican Patrick “Pat” O’Brien, to have a seat at this table.

“When we have a homicide clearance rate as low as we have now, when people live in neighborhoods where they feel others can kill or cause harm without impunity, they don’t have faith,” Foxx said in a meeting with the Sun-Times editorial board. “The way we do that is we fix the things that have been broken. We show ourselves to be a good partner, so people are willing to work and engage with us.”

The job of a prosecutor, Foxx understands, is not only to rack up convictions, but to fight for justice and real community safety. Even the police, though they often take a different view, are better served by this different emphasis.

There’s no getting around it. Foxx has made mistakes. Most especially with respect to the aforementioned Smollett.

Even now, Foxx has yet to give a complete accounting of her role in the decisions of her office to dismiss charges against Smollett, the TV actor who last year faked a hate crime, wasting police resources and trivializing the very notion of hate crimes.

And Foxx made matters worse, in our view, when she disputed the troubling findings of a special prosecutor, Dan Webb, who looked into how her office handled the case.

Webb concluded that Foxx had made several false or misleading public statements, including misleading statements about her recusal from the case. He also concluded that the state’s attorney’s office had committed “substantial abuses of discretion and operational failures” in allowing Smollett to simply walk away.

Foxx’s frosty response to Webb’s report was to note that he had cleared her of any criminal wrongdoing — a very low bar. The public deserves better answers, even now.

O’Brien, a former judge and one-time assistant state’s attorney, has run a credible campaign. He has the experience and insider knowledge to do the job.

But O’Brien, we respectfully must say, is also hopelessly a member of the old guard. He was a Cook County prosecutor at a time when — in our view, if not his — over-incarceration was the norm and wrongful convictions were way too frequent. His inclinations, even now in a day when so many Americans are demanding far greater social justice, are to defend those old ways.

Also in the race is Libertarian candidate Brian Dennehy, an attorney and accountant.

We endorse Foxx for a second term as Cook County state’s attorney because public safety and real justice go hand in hand. One strengthens the other.

And we cannot go back.

For more information about this race and others, including candidate questionnaires, go to our Illinois primary voting guide. Our newspaper is owned by a group of civic-minded and, in some cases, politically active investors; for details, see our owner information page.