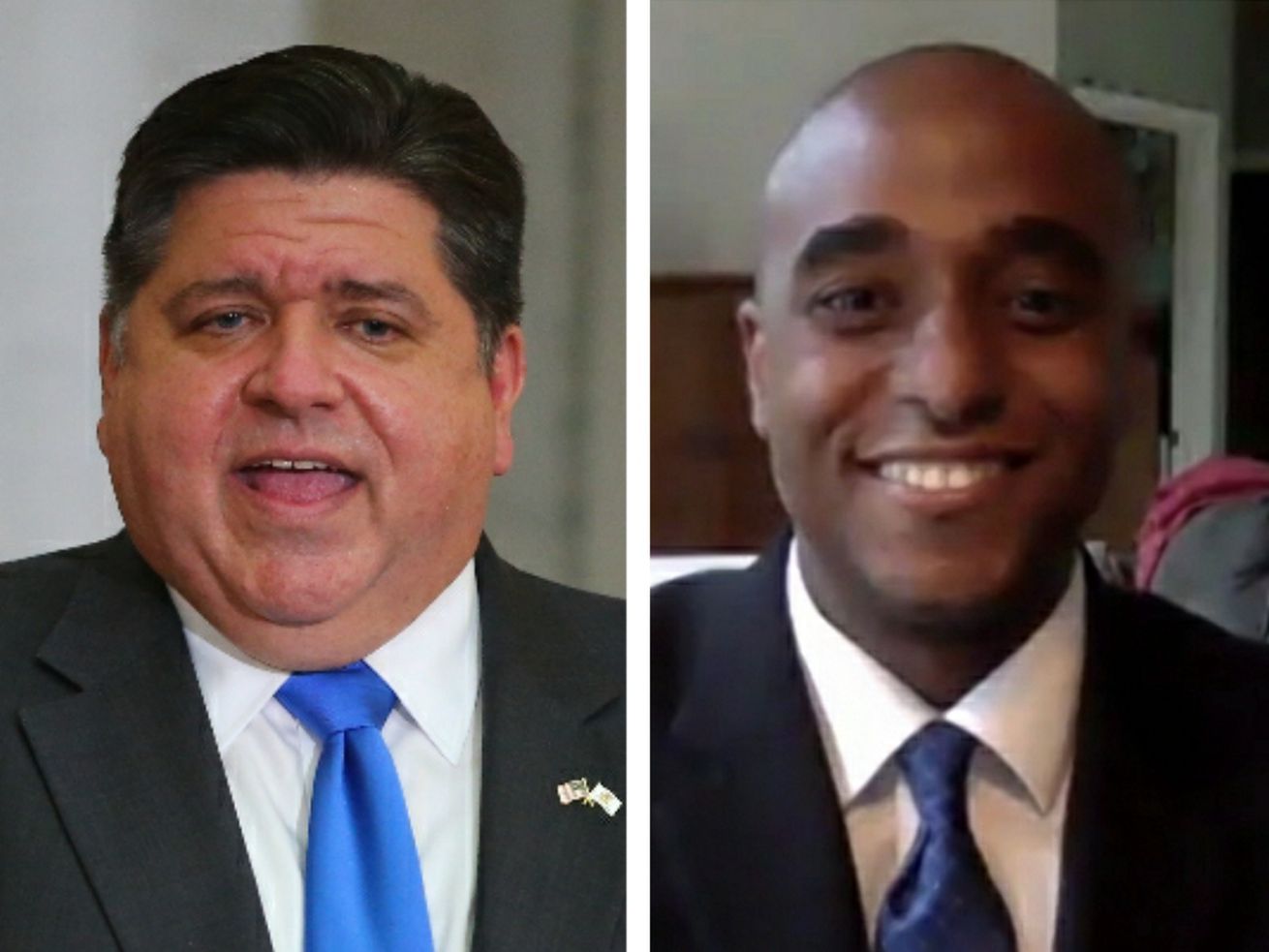 Since a trio of state House Democrats held a news conference Monday playing the recordings and denouncing state Rep. Amy Grant, Democrat Ken Mejia-Beal has taken in $158,828.90 in donations – bringing his total campaign war chest to $417,185.90

Gov. J.B. Pritzker has joined the parade of Democrats giving money to the party’s challenger to Republican Rep. Amy Grant, the Wheaton Republican who apologized over comments she made about her Democratic opponent’s race and sexual orientation in a recorded telephone call.

The Democrats have refused to release the entire recording of the call or details about the potential donor who recorded Grant, but they have not been shy about contributing to the campaign coffers of challenger Ken Mejia-Beal.

Pritzker donated $55,300 from his campaign fund on Tuesday, bringing the total amount of the Democratic governor’s donations to Mejia-Beal to $57,800, the legal limit.

Since a trio of state House Democrats held a news conference Monday playing the recordings and denouncing Grant, Mejia-Beal has taken in $158,828.90 in donations — bringing his total campaign war chest to $417,185.90

This week’s infusion of cash includes $57,800 from Majority Leader Greg Harris — one of the Democrats who held Monday’s news conference — $31,428.90 in phone banking and other campaign services from the Democratic Majority campaign fund controlled by House Speaker Mike Madigan and $5,800 from Fred Eychaner, board chairman of Newsweb Corp.

Illinois SEIU contributed $2,500. Local No. 1 of the Service Employees International Union has an ownership stake in the Chicago Sun-Times.

Illinois House Democrats released three snippets of a conversation that Democrats said took place a few weeks ago between the Wheaton Republican and an unidentified person during a fundraising call. The clips, ten to 15 seconds in length, focused on Mejia-Beal’s race and sexual orientation.

Mejia-Beal is Black and gay.

In one clip, Grant said Mejia-Beal is “just another one of the Cook County people.”

“The only thing we need is another person on the Black Caucus,” Grant said in one clip. “And I’m all for — working across the aisle, and Will Davis is a buddy of mine, and he’s in leadership, and I am a friend of his, and he respects me.”

In another snippet, Grant said that Mejia-Beal is “afraid to come into the district,” maybe because “he’s afraid of the reaction that people might give him.”

”Not because he’s Black, but because of the way he talks — he’s all LGBTQ.”

Democrats refused to release the full audio of the call or share the exact date of the call or further context around Grant’s statements. Grant issued a statement apologizing for her comments during the call, saying they did not “reflect my heart or my faith.”

But the Democrats called on Republicans to condemn Grant for the “troubling” comments.

A spokesman for Pritzker was not immediately available for comment about the donation.

Republicans donated money to Grant this week, but in much smaller amounts.

The Illinois Republican Party and the Illinois House Victory Fund, which supports Republican candidates, donated a total of $16,469.24 for mailers and media production to Grant’s campaign fund Monday.