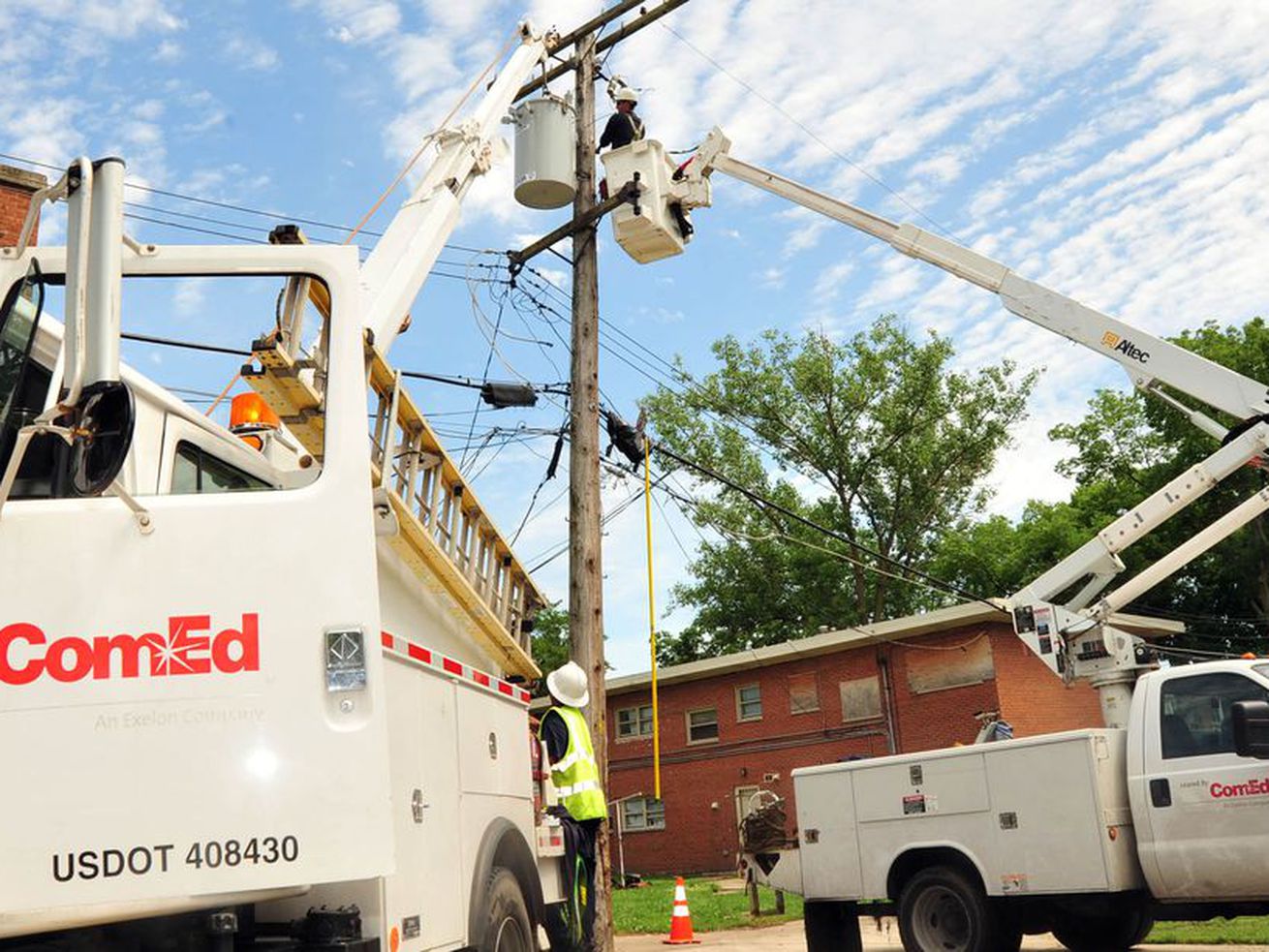 A ComEd crew works on a utility poll. | ComEd

The mayor says the embattled utility needs to ‘move beyond rhetoric’ and make commitments on ethics reform, clean energy and shutoffs.

Mayor Lori Lightfoot warned ComEd’s top executive this week that the city will not renew its utility agreement with the electric company unless she receives a “substantive” plan that details goals for ethics reform, an end to residential disconnections, help with the city’s clean energy goals and other measures.

In a letter sent Tuesday to ComEd CEO Joseph Dominguez, Lightfoot chided the utility for not committing broadly to ending all disconnections during the COVID-19 pandemic and the recession. In July, she called out Dominguez in another letter for the company’s role in a federal corruption probe.

Lightfoot’s administration said this summer that it would be too expensive to follow through on a proposed city takeover of the power grid from ComEd. That admission likely eliminated leverage the mayor may have had in negotiations.

Still, she has hammered the utility on its legal and ethical problems and insisted the city doesn’t have to agree to a deal, called a franchise agreement, with ComEd. The last franchise agreement was contentious as well, finalized almost 30 years ago during Richard M. Daley’s administration. It expires at the end of the year.

The mayor listed more than a dozen demands she said must be met in a “Energy and Equity Agreement” that would be included in the utility’s contract to provide power to Chicago.

“The city believes it is time to move beyond rhetoric and instead gauge ComEd’s commitment to specific substantive policy goals, including expansive ethics reforms, should the company continue to hold a franchise for electricity distribution in Chicago,” Lightfoot said in her letter.

The demands go far beyond the existing agreement between the city and ComEd. Lightfoot wants ComEd to help the city meet its renewable energy and energy efficiency goals and other policies aimed at mitigating climate change. As part of this plan, she wants the utility to help the city promote solar power and electric vehicles.

The mayor is asking ComEd to eliminate late fees and disconnections, improve infrastructure on the city’s South and West Sides and commit to diversity hiring.

“My administration will not present a new franchise with ComEd to City Council unless the following commitments are memorialized and detailed in an Energy and Equity Agreement,” Lightfoot said in her letter.

Lighftoot said she laid out her demands after receiving correspondence from Dominguez in August. “I found your letter to be short on details of what ComEd’s commitments would look like in practice,” she said in her letter this week. “I also find that the rhetoric of your letter contradicts your actions.”

The mayor also acknowledged that some of the goals she has for ComEd may need regulatory approval from either the Illinois legislature or Illinois Commerce Commission, which oversees utilities.

A number of community, consumer and environmental groups have encouraged Lightfoot to extract as many concessions as possible from ComEd.

“The city has a tremendous opportunity to leverage the franchise agreement to accelerate renewable energy development in Chicago’s neighborhoods,” said Colleen Smith, legislative director of the Illinois Environmental Council, “while achieving meaningful relief for low-income households.”

Brett Chase’s reporting on the environment and public health is made possible by a grant from The Chicago Community Trust.