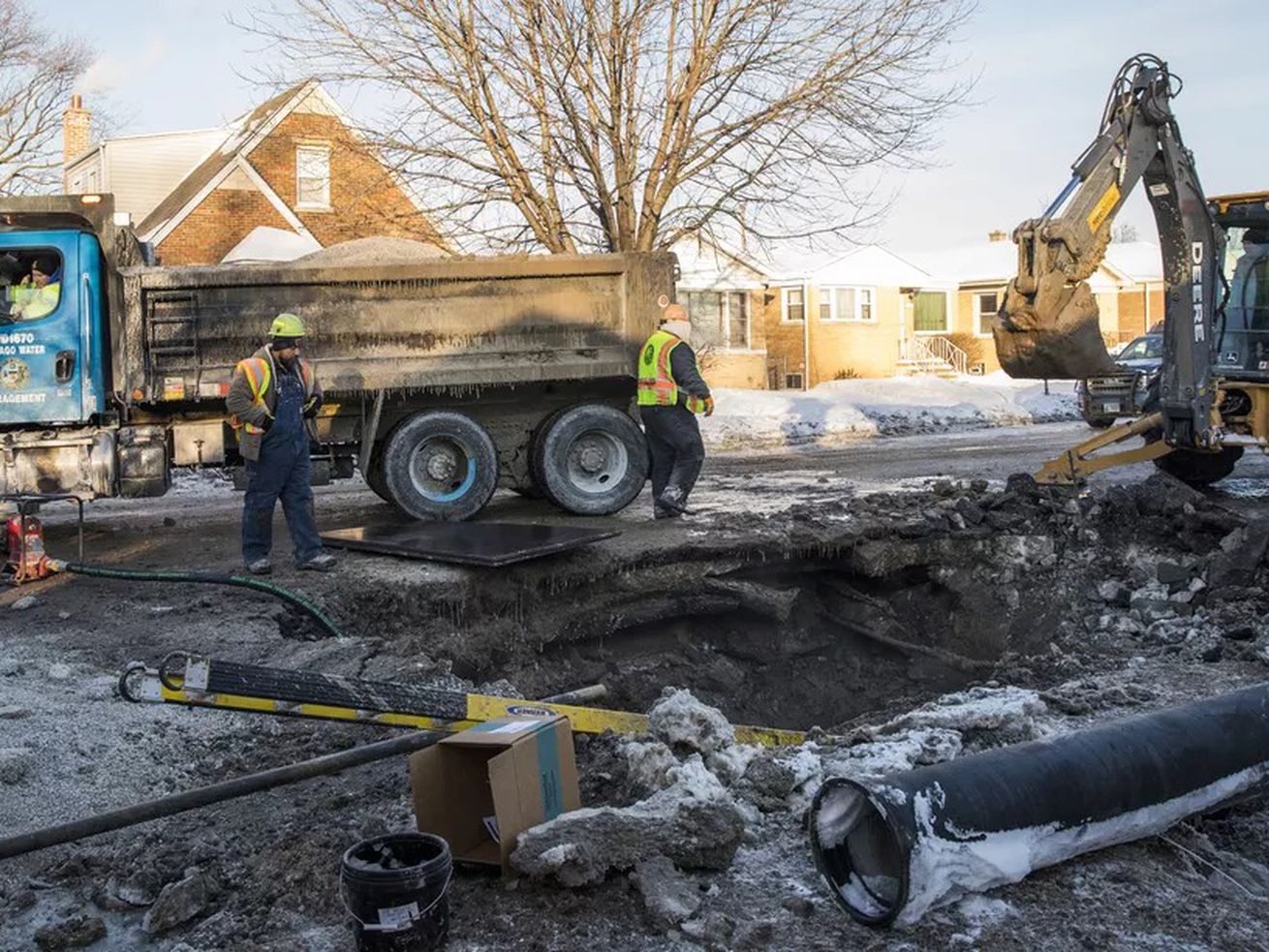 A state plan to provide clean, safe drinking water for all could provide a dedicated funding source for all affected communities to inventory and replace all lead water lines,

Lead poisoning remains a serious public health problem, even though we’ve known for decades that no amount of lead exposure is safe for children or adults. Black and brown communities have been disproportionately exposed to more lead, including lead drinking water service lines, due to disinvestment. According to research in the International Journal of Environmental Research and Public Health, Black children have higher lead levels nationwide.

In Illinois, our drinking water is threatened by at least 686,000 known lead service lines — some 400,000 in Chicago alone — and likely many more unknown ones, all piping potentially dangerous drinking water into homes and other properties every day. The costs of this lead exposure accrue to all of us: For example, in 2017, 1,470 Illinoisans died prematurely from heart disease attributed to lead exposure, costing nearly $28 million in hospitalization costs alone.

SEND LETTERS TO: letters@suntimes.com. Please include your neighborhood or hometown and a phone number for verification purposes. Letters should be approximately 350 words or less.

We are glad to see Chicago’s recently announced commitment to replace its lead service lines, in addition to communities like Springfield and Evanston, which have programs well underway. The Illinois Environmental Protection Agency has provided needed funding, but doesn’t have nearly enough to cover every affected community.

Lead service lines are a statewide problem that demand a statewide solution. A state plan could provide a dedicated funding source to enable all affected communities to inventory and replace all lead service lines, along with predictable timelines, and certainty that the job will get done.

More importantly, equity must be integral to any replacement program; a statewide program would address this issue head-on. Nationwide research has shown that voluntary programs are not equitable. While it may be viable for some property owners to share the cost of replacement with government, many others do not have the means to front the thousands of dollars needed to replace lead service lines.

Funding should be available for all and prioritized for communities that need it most — for example, the hardest-hit areas that also have high-risk populations such as preschools and day cares. In addition, lead service line replacement will create thousands of good jobs, and provisions must be made to ensure Black and brown communities benefit from those jobs.

Clean, safe, affordable water should be a given. But it’s not—and that needs to change. Chicago and Illinois should work together and with other cities and towns statewide to identify an equitable, comprehensive solution. We can eliminate lead service lines forever while creating good jobs in the same communities that have been in harm’s way for so long. Let’s get to work.

Prove you’re not a hypocrite, Mitch

Democrats can use Mitch McConnell’s words in their ads this fall to paint him as both a hypocrite and as a senator who knows no math. “We cannot fill a Supreme Court seat so close to a presidential election” he said in 2016. And today, “We will fill the seat as soon as possible.” Does he not know that 9 months (2016) is greater than 6 weeks (today)?

In order to prove that he is no hypocrite, McConnell should ask the president for the name of the nominee that he cheated out of the chance to even appear at a hearing, Merrick Garland.

From what the press reported at the time, Judge Garland was a moderate who could be approved by both parties. Isn’t he someone we could use right now? Wouldn’t he be the perfect replacement for a justice who believed strongly in the U.S. Constitution?

Is it too much to ask for this president and this majority party in the Senate to do the right thing?

I’m 51 years old. My kids are 14 and 12. I grew up in what was mostly a democracy. We now have a situation where a second recent popular-vote-losing president who assumed power through an anti-democratic relic known as the Electoral College may appoint a majority to the Supreme Court.

I explained to my kids tonight that if they want to live in a democracy they will need to fight for it in the streets. They said, “Like Gandhi and Martin Luther King Jr.?”