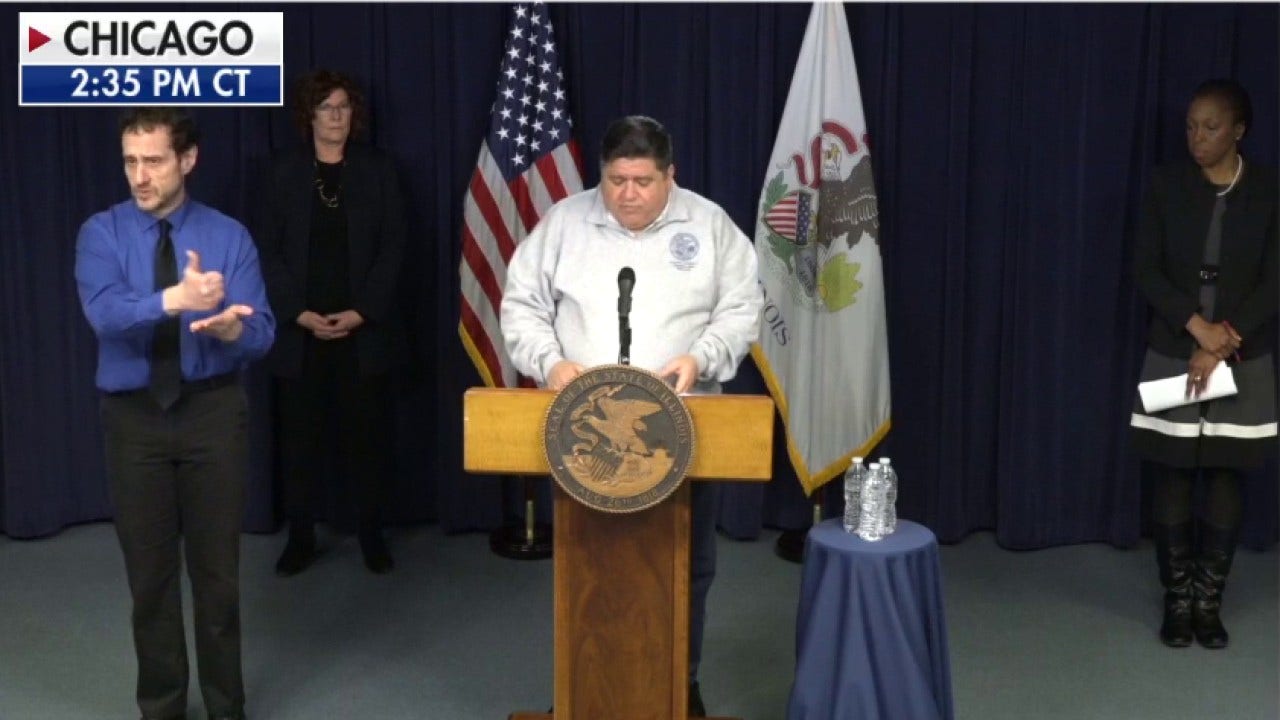 Pritzker, a Democrat, outlined his forthcoming “stay-at-home” order for the Land of Lincoln and closed with a pointed critique of some of the rhetoric being used to describe the coronavirus.

He called the characterization that the coronavirus is “tied to” any particular ethnicity “profoundly un-American.”

“Let us remember that this virus is not tied to any specific ethnic group or race,” Pritzker said.

“People from every demographic, every race, ethnicity, gender and background have been infected. Suggesting otherwise or engaging in racist speech or acts is one of the most profoundly un-American things that I can think of,” he said.

Pritzker did not mention Trump by name, but the president has been widely lambasted by his critics who disagree with his moniker the “Chinese virus.”

“It’s not racist at all, no, not at all,” Trump has said. ”It comes from China, that’s why. I want to be accurate. … I have great love for all of the people from our country, but as you know China tried to say at one point … that it was caused by American soldiers. That can’t happen, it’s not gonna happen, not as long as I’m president. It comes from China.”

In response to a question from an ABC News reporter earlier this week, the president said the term is not racist.

“[The virus] comes from China. That’s why — I want to be accurate,” he said, adding that a Chinese official wrongfully claimed the U.S. military had a role in the spread of the virus.

“That can’t happen. It’s not going to happen. Not as long as I’m president; It comes from China.”

Trump’s 2016 Democrat opponent, Hillary Clinton, claimed on Twitter last week that he is using “racist rhetoric” to “distract from his failures to take the coronavirus seriously early on.”

Illinois currently has 753 confirmed cases of the coronavirus, according to FOX 32 in Chicago.