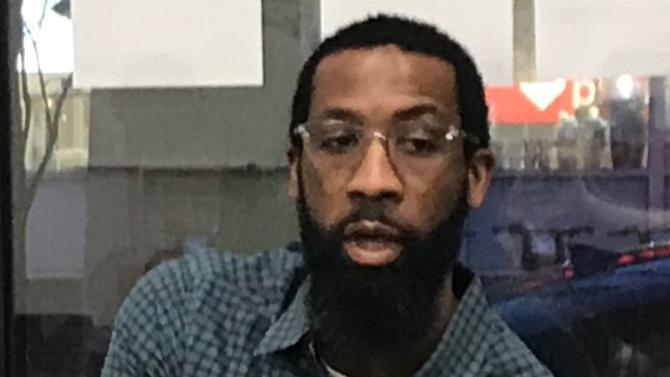 Less than a week after protesters closed the street outside his Hyde Park office, Rep. Curtis J. Tarver II (D-25th) defended his opposition to lifting the state’s ban on rent control.

He said he is opposed to rent control because it is bad policy, not because of pressure from the real estate lobby.

"It may be a bill that you don’t like the way I voted, but it’s a principled vote. It’s not for money," Tarver said. "I’m trying to make the best decision based on the information provided to me."

Furthermore, Tarver said the majority of his constituents who reached out about rent control — particularly from the southern end of the district, which includes the East Side and the 10th Ward — opposed the measure. Tarver promised to read whatever his constituents send him, but he stood firm in his assessment that rent control is bad policy overall: good for the people who have it bad for others, because it does not incentivize new development. Property taxes increases would hurt landlords who could not raise rents.

"The more we continue to focus on one potential way to get to affordable housing, we’re missing a lot of other things," he said, arguing that political pressure for rent control should be refocused on other affordable housing priorities like tax credits for creating it.

Tarver was asked: why not allow municipalities enact rent control if they want to?

"I tend to think that if something is a bad policy and I’ve heard from individuals in my district already, I don’t see the need to lift (the ban) statewide," he said.

Tarver had expressed support for rent control during the 2018 Democratic primary, in which he ran to replace retiring House Majority Leader Barbara Flynn Currie. But in April 2019, he voted against a bill to lift Illinois’ ban on municipalities enacting rent control in committee.

"What you want me to do, it sounds like, is to spend another 15 minutes saying the same thing over and over again, is to schedule a meeting about a bill that has not been called," Tarver said at the March 9 meeting. He said there is not "very much pressure at all" in Springfield to call House Bill (HB) 255, the current bill to repeal the Rent Control Preemption Act, currently in the Commercial Law Subcommittee on which Tarver sits.

If the bill comes up for another vote, Tarver said he would oppose it. "If it was a proposal that actually came to make sense from an economic perspective, that could be implemented and incentivize individuals, then great," he said. "But that’s not what we’re seeing."

"As a matter of fact, I’m pretty confident that the push to lift the ban has actually lost one or possibly two votes on the subcommittee,” he continued.

Tarver’s foray into the rent control issue was a step away from the planned agenda of his meeting with constituents.

"What’s wrong with being respectful and letting me go through what I plan to go through?" Tarver said to an attendee who asked what would be with having a meeting to discuss rent control. "What I indicated I was going to talk about today was posted. So anybody here was well aware of what I was going to talk about before you got here. Now you may not like that, and that’s OK. I don’t like the way I’m being treated right now, either, but I have to deal with that. I signed up for that."

Tarver said he expects ethics reform to dominate the legislature’s work over the rest of the spring session.

"There’ll be a lot more conversation about ethics reform as it relates to lobbyists and to legislators. Candidly, I’m not too optimistic about some of the things I’ve seen proposed, because I don’t know what you can propose to stop a state rep. from allegedly bribing a state senator who’s on a wire. I just don’t know what you do legislatively that would discourage that type of behavior," he said. "I don’t know what we can do legislatively that would curtail those types of actors and individuals. If they’re hell-bent on doing things like that, then they’re going to do it.

"And that certainly doesn’t mean that we don’t do anything at all, but based on some of the proposals I’ve seen so far, I’m just not sure that it’s going to do any more than what the U.S. attorney is doing right now, which is prosecuting individuals who cross the line."

A subject matter hearing on lakefront erosion is scheduled later this month in Springfield. Tarver said the Illinois Department of Natural Resources lobbied the Army Corps of Engineers in Washington last week to fund a federal study on the issue.

Tarver said a bill is before the legislature to provide parental notification about whether their child has committed or been the victim of bullying; current state law only provides for notification in the case of suspension, expulsion or the child being below a certain age. Tarver filed HB 4838 to ban selective enrollment tests for admission into Chicago Public School pre-kindergarten programs. "Testing a 4-year-old to determine where they go for the next 12 years seems a little unfair and a little onerous a burden," Tarver said.

Tarver said the University of Chicago asked him to push HB 4275 for their ECHO-Chicago tele-mentoring program, allowing providers to teach through videoconferencing. The bill would allow the state to determine an application process for funding. He said there will also be a college affordability subject matter hearing in the state capital in early April.

HB 4774 would remove tort immunity for the failure to diagnose patients in public hospitals, which Tarver said is unfair, since private hospitals do not have the same immunity. Another bill would strip law enforcement pensions if officers commit certain crimes when they are off duty.

Tarver re-filed a small a small business tax credit for businesses that will raise their minimum wages to at least $15 an hour now but said he is pessimistic about its chances, given the state’s budgetary situation.

In January, Tarver said HB 4009, which would automatically expunge juvenile marijuana records, was his top legislative priority. It is still in the Rules Committee, and he said he is unsure why it has not moved, though he noted law enforcement’s issue with it and legislators’ hesitance to make certain votes in an election year.

"Law enforcement tends to have an issue with anything that expunges a record, quite honestly," he said. "The thought process was if we’re making it legal for people sell metric tons of (cannabis), then we should at least be able to go back and expunge."

Tarver said the placement of HB 3966 — which would set fares on the Metra Electric and Rock Island lines to $2.50, the same as "L’ fare, within the City of Chicago — into the Transportation Committee a good sign, though he observed Mayor Lori Lightfoot’s opposition to the move for fear of cutting into CTA ridership. Buckner is also co-sponsoring the bill.

He rejected a suggestion that he is disillusioned with the job. "I certainly don’t want to overpromise that we’re going to go back to Springfield and all of the sudden, things are going to change across the board. I just don’t think that is likely," he said, observing that the number of legislators charged with corruption pales to the total number in the General Assembly. But he observed the controversy that his rent control vote caused while expressed frustration that certain key concerns are not moving.

"I pledged support for a (rent control) bill in advance. And you know what happened? I got burned," he said. "I was a person who also said, ‘You know what? Support legalizing marijuana. That works. That’s a good idea.’ And then we had a 610-page bill of crap."

"I would have thought it would be no issue if you’re going to let people sell metric tons of marijuana to say, ‘What about a kid who’s going to get his financial aid screwed up? How about he gets his expunged?’ I would have thought that’d be no issue at all. I would think it would be no issue to say, ‘You know what? We saw what Van Dyke did when he was on duty: he killed somebody who was walking away and shot him 16 times. We stripped his pension. It should be no issue to say if somebody does that and they happen to be off duty, that we can’t go through administrative process and strip that pension.’ You know what I get? Opposition."

He said Gov. J.B. Pritzker’s administration is receptive to his views but that he could not speak to their priorities. He said he would "possibly" support an additional trailer bill affecting marijuana in the legislature; another passed last fall during the veto session. He would like to see that dispensaries would be punished if they do not meet their diversity plan, which factors into the state’s allocation of licenses.

"I think Hyde Park is a place that has very passionate constituents. They have a very passionate representative," Tarver said in an interview after the meeting. "I think at times, those things don’t necessarily gel. But I think in every situation, when we get to the end of the conversation, I always walk away with more respect and a better understanding of the issues."