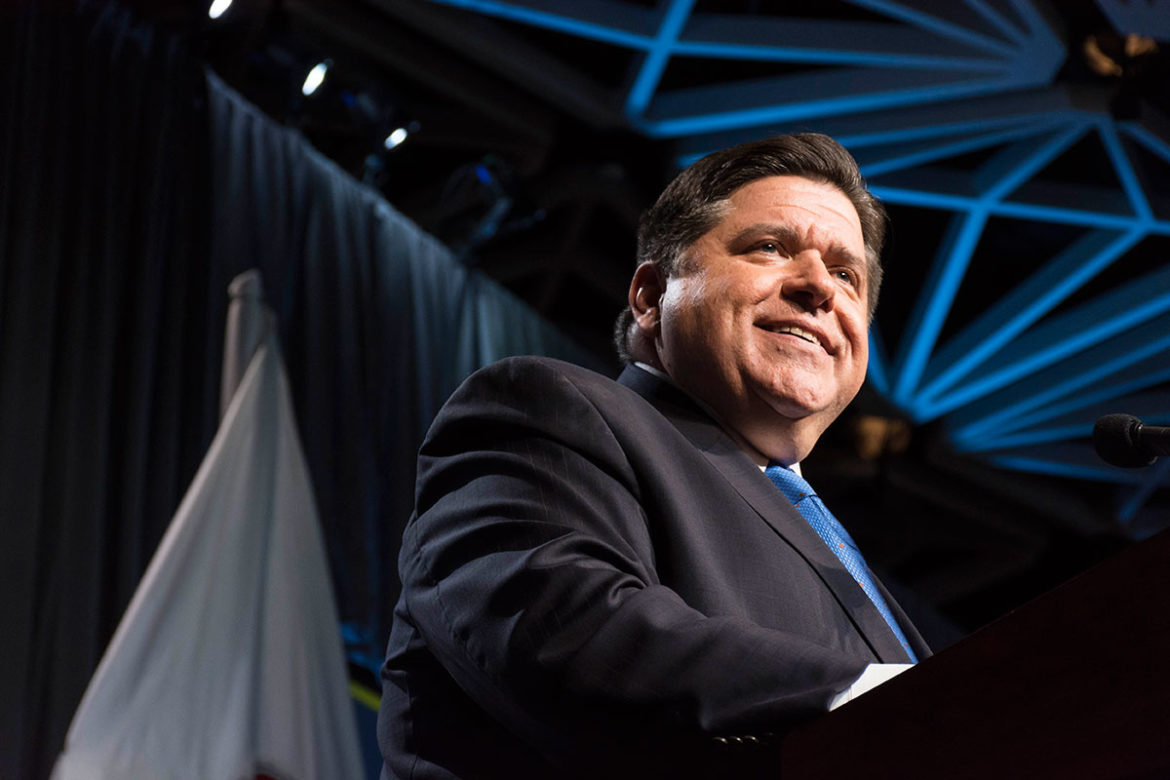 All eyes are on the Democratic demolition derby, as the nation approaches what may be its most consequential presidential election in our lifetime.

There’s less attention, so far, on another electoral contest in November that’s also hugely consequential for the state of Illinois ⁠— whether voters will approve a fair tax constitutional amendment allowing the state to implement a progressive income tax, with higher-income earners paying higher tax rates. That will determine whether the state can move beyond its perpetual fiscal crisis and begin to fund education adequately, among other things.

The fight promises to heat up later this year, but a couple of key arguments against progressive tax reform are already being trotted out: that tax reform will drive residents out of the state, and that a constitutional amendment allowing progressive tax rates should be coupled with an amendment allowing cuts in pension benefits. On closer inspection, neither of these arguments holds water.

The Chicago Tribune continues to flog the so-called “Illinois Exodus” as evidence against Pritzker’s tax proposal, which would lower rates slightly for taxpayers earning below $250,000 a year and raise them for higher earners. While their own reporting revealed a range of reasons people move out of state — the top one is for a new job or job transfer elsewhere — their editorials cite only lower tax rates (in Indiana) or the absence of an income tax (in Florida and Texas) as the reason people move. A typical formulation: Pritzker’s “smorgasbord of tax hikes” — particularly since he and other Democrats “don’t support putting pension reform on the ballot” ⁠— won’t “reverse decades of government overpromising and overspending. Thus, the exodus.”

The reality is quite different. The combined state and county income tax rate in Lake County, where numerous Chicago area workers have moved, is 4.73%, compared to the current flat rate of 4.95% in Illinois. People have moved there not to escape income taxes but because homes are cheaper there and property taxes are lower. Illinois has the second highest property tax burden in the nation due to its failure to fund schools adequately at the state level — a product of its overall regressive tax structure, which fails to capture revenue where incomes are growing, at the top of the ladder. The fair tax is the best shot we have at correcting that situation.

In fact, contrary to the fearmongering, the number of people moving out of Illinois is below the national average for state out-migration, according to a 2017 analysis by the Center for Tax and Budget Accountability. The state’s population is decreasing not because people are being driven out, but because birth rates are low and immigration numbers have declined. Since CTBA’s study, out-migration numbers in Illinois have continued to go down.

And regarding the impact of an income tax increase, CTBA found that Illinoisans earning over $100,000 a year — only some of whom would be affected by the new tax rates — are in fact most likely to move to East and West Coast cities where income tax rates are much higher than they are here.

So no, the fair tax is not going to drive people out of Illinois.

Then there’s the contention that amending the state constitution’s tax provision without amending its pension protection clause is “an injustice that cannot be overstated,” as one Trib editorial board member puts it. The Better Government Association’s CEO David Greising has made a similar, if less hysterical, argument. Pritzker’s position is that such an amendment isn’t politically feasible — probably true — and in any case would run afoul of the U.S. Constitution’s contracts clause.

More fundamentally, though, retirees’ benefits are not the problem. For one thing, they’re not exorbitant or out of line with benefits in states with better funded pension systems. The problem is decades of chronic underfunding, as the state skipped and slighted pension payments in order to make up for inadequate revenues caused by the regressive tax system.

In fact, according to CTBA, increases in benefits have accounted for only $6 billion of the over $100 billion increase in the state’s unfunded pension liabilities from 1996 to 2018. By far the biggest factor was the state’s borrowing from pension contributions, which added $51 billion to the projected debt. The combination of investment losses and reduced expectations of future investment returns together added $46 billion.

And going forward, normal costs — the yearly cost of paying current retirement benefits — is already projected to go down under the current pension funding schedule. That’s largely due to a second tier pension plan for employees hired after 2011, who are actually paying more into the fund than they will get out. So, no, pension benefits are not in any way the cause of the state’s unfunded liability. The cause is pension debt — and the cause of that is inadequate revenue.

There’s another problem that cutting pension benefits may already be creating. Reduced Tier 2 pensions for thousands of teachers and public safety workers who are not enrolled in Social Security could fall short of the IRS’s safe harbor standard, which requires members receive benefits as least as good as they would have under Social Security. This could end up forcing local school districts and municipalities to pay millions of dollars to make up the difference, according to retired teacher and blogger Fred Klonsky.

The fair tax would represent a vital step forward for Illinois, and irrational scare tactics and distractions can’t be allowed to obscure that reality.