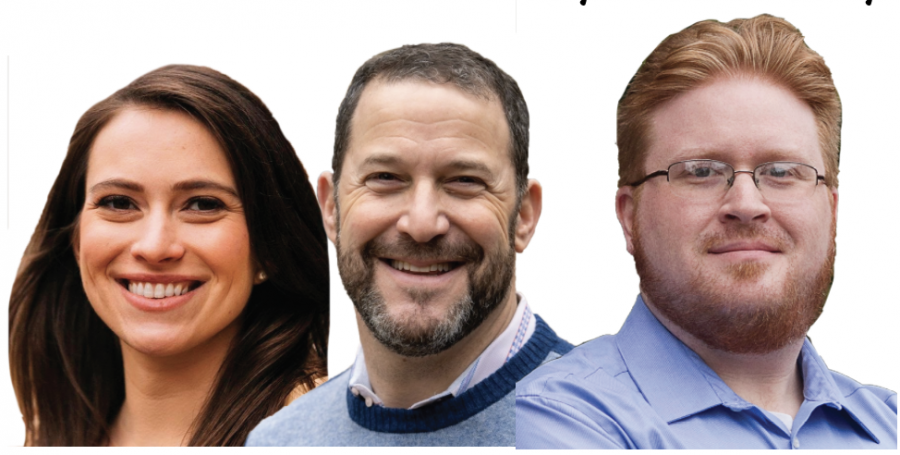 Outside of the powerful endorsements and vying for constituent support is the fact that the seat is vacant for the first time in 24 years – it’s been held by Sara Feigenholtz since 1995.

In the event of a vacancy, an interim representative is appointed to act until the next election based on committeemen vote, weighted by how much of their ward is located in the district. Applicants included Margaret Croke, deputy chief of staff for the Illinois Department of Commerce and Economic Opportunity and former women’s outreach director for Pritzker’s campaign, and Jonathan “Yoni” Pizer, real estate agent and former community liaison for Congressman Mike Quigley.

Pizer received the appointment, which both Croke and Garfield said was no surprise. Pizer is backed by 44th Ward Alderman Tom Tunney who has 45 percent of the weighted vote. Pizer was sworn in mid-February and will hold onto the office until the general election March 17.

The endorsements are fairly evenly split between Pizer and Croke, who have both been longtime donors to Illinois Democratic campaigns.

While these big names could make the race appear adversarial, Croke said it’s rather a product of two candidates having prior relationships with high profile politicians.

“The governor endorsing, I think, is a testament to the fact that he truly believes that I’m the best person for this job, and he knows me very well,” she said, “And I’m really honored to have his endorsement.”

Croke has an extensive  background in civic work, which she feels has lent herself to a good understanding of how policy is created and implemented.

“I think that you can go down to Springfield with some great and lofty goals… But if you don’t understand where your funding sources are coming from or what the actual real life impact of that legislation is going to have – thinking about some of the side effects of legislation which have really great intentions, but also can simply adversely affect people,” she said.

Eli Stone, communications director for the Pizer campaign, feels Pizer’s big name backing, particularly from Feigenholtz and Tunney who represent the district, come from his roots in the community. Pizer has lived in the district for 27 years.

The committeeman-led appointment process has received criticism – several candidates called for a special election or placeholder because they consider the vote undemocratic and gives the incumbent an advantage.

Croke is one of the critics. She applied to have the opportunity to reach voters in a district where many residents live in condominiums that prohibit door-knocking, and then withdrew her application before the vote.

“I just used it as an opportunity to talk with voters,” she said, “and I wanted to highlight the fact that this was a really bad system and that it was kind of disgraceful that we’re still doing this in Chicago because we already have a bad reputation for this kind of thing.”

Stone said it was the only option.

“I think it’s a process that again, while there are some flaws to it, I think that’s what we have,” he said. “And we have to find a way to work with it unless someone wants to figure out ways to reform it.”

Stone added that special elections would cost candidates even more money in an already expensive race. As of publication, both Croke and Pizer’s campaigns have over $200,000 of cash on hand, according to Illinois Sunshine.

Stone also said in the event of a vacancy, the district needs a representative, not a placeholder.

“When you look at the good work that [Pizer] has gone down to do since Feb. 10, it’s making a difference in people’s lives,” he said, pointing to Pizer co-sponsoring legislation like the Clean Energy Jobs Act and sponsoring a 2 percent surcharge on firearm ammunition.

Garfield feels this adds to the incumbency advantage.

“What Pizer has been doing, which is tactically smart in terms of campaigning, he’s slapped his name on as a co-sponsor,” he said. “He gets to say, ‘I’ve done this thing.’ Well, [in some cases] he didn’t do it. Somebody else drafted the bill. It’s already been proposed.”

Both Garfield and Croke also pointed out that they plan to be full time legislators. Meanwhile, Pizer  currently plans on continuing his position as a vice president of his and his husband’s real estate firm, the Brad Lippitz Group. Stone said Pizer does plan on taking a step back.

“I won’t have any outside employment, which I think is important with conflicts of interest that you don’t have another something in the back of your head,” Croke said. “Even if I agree with you, I will think about the fact that you are voting on that piece of legislation and have a stake in it. That makes me uncomfortable.”