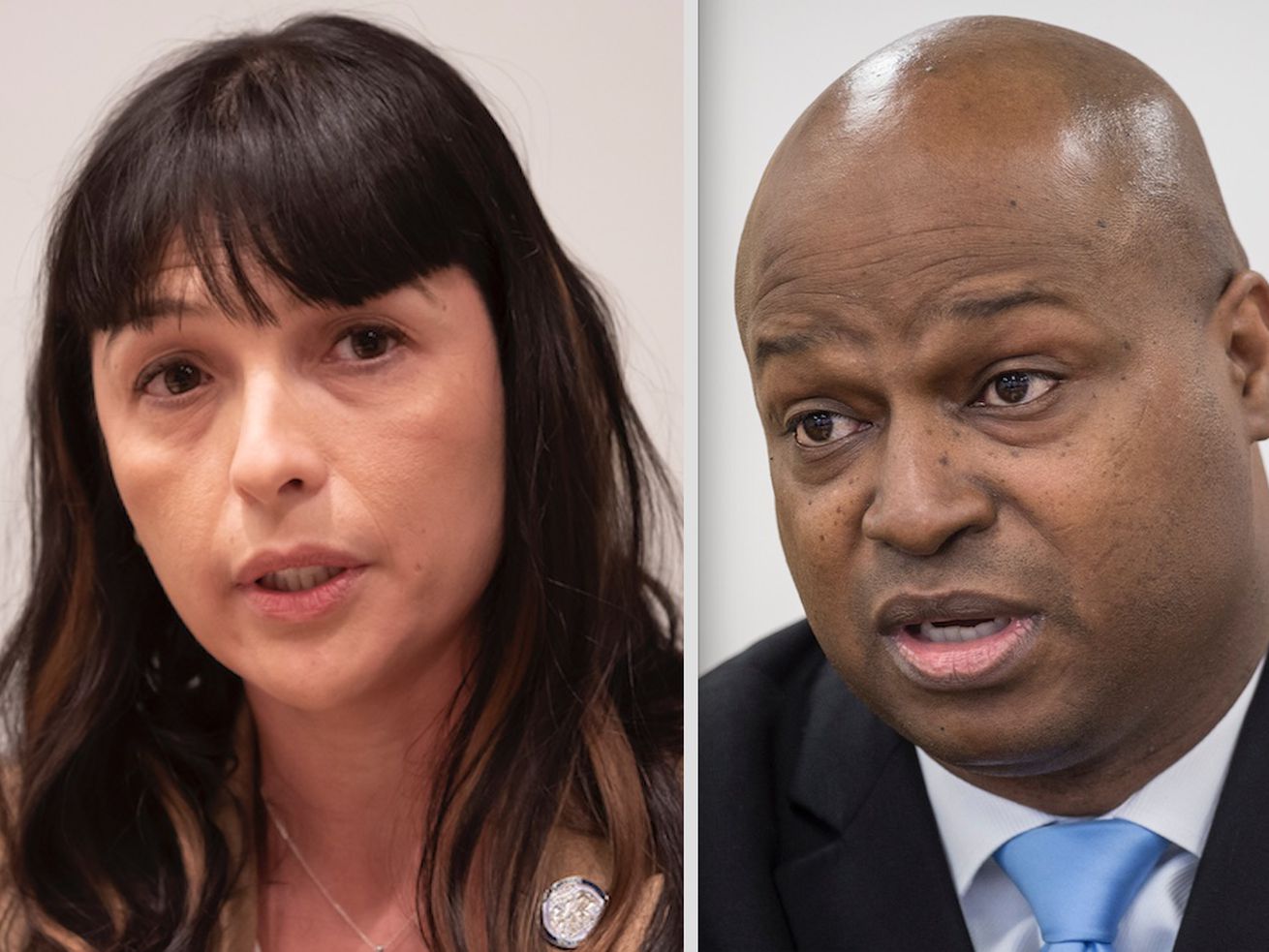 While she awaits her fate in the General Assembly, state Rep. Eva-Dina Delgado won’t have to worry about being booted from her seat before the March 17 primary, since the panel is not planning to reach a decision by then.

SPRINGFIELD — The first meeting to determine whether the successor to criminally charged former state Rep. Luis Arroyo gets to keep her House seat began with a promise — that it will be non-partisan.

“Just as a court of law, our committee will pursue a fair and adversarial process free of politics and outside influence,” said state Rep. Emanuel “Chris” Welch, D-Hillside, who chairs the qualifications challenge committee.

State Rep. Eva-Dina Delgado, who was appointed to fill Arroyo’s House seat —with the help of Arroyo’s Democratic committee votes — said the qualifications challenge against her was “purely political.”

“But rather than restoring the public’s trust in the General Assembly, these politically-motivated, meritless objections reinforce the public perceptions that every issue must be made into a partisan issue, with one party or the other portrayed in a negative light,” Delgado said in a statement.

While she awaits her fate in the General Assembly, Delgado won’t have to worry about being booted from her seat before the March 17 primary, since the panel is not planning to reach a decision by then. The committee’s scheduled proceedings include a hearing on March 25, where both sides can argue their case.

The committee will then vote on the qualification challenges and offer a recommendation that will go to the House floor, Welch said.

Delgado faces qualification challenges from Republican Leader Jim Durkin, R-Western Springs, and Democratic state Rep. Anne Stava-Murray, of Naperville, over her appointment, which they allege was unduly influenced by Arroyo.

Durkin said the proceedings will be like a “mini-trial,” where both sides will get to present their cases to the committee. The nine-member committee is made up of five Democrats, selected by House Speaker Mike Madigan, and four Republicans, selected by Durkin.

“The speaker can select his members, and my responsibility as the minority leader is to select my designees for the committee,” Durkin said. “I don’t see any conflict of interests.”

Nidia Carranza, who is running against Delgado in the Democratic Primary, has tried to link Delgado’s appointment to Arroyo, saying the process in which she was chosen was “rigged.”

“Fortunately, the voters will have a chance to bring accountability to this process on March 17th, something I have believed should happen from the beginning,” Carranza said in a statement.

Democratic ward committeepersons representing portions of Arroyo’s Northwest Side House District voted to appoint Delgado to the seat in November after Arroyo was hit with a federal bribery charge.

Madigan had warned that Arroyo should not have any role in the selection process, but Arroyo, who held the largest share of the weighted vote as the 36th Ward Democratic commiteeperson, allowed Ald. Ariel Reboyras (30th) to serve as a proxy, casting votes for both the 36th and 30th wards.

At the November meeting, Ald. Carlos Ramirez-Rosa, who serves as 35th ward Democratic committeeperson, walked out, saying the “fix is in.”

In a statement, Delgado argued that the process was legal and that Reboyras cast votes without any influence from Arroyo.

“It was Alderman Reboyras and others who voted to select Representative Delgado,” Delgado said in a statement. “They did so free of any influence from former Representative Arroyo.”