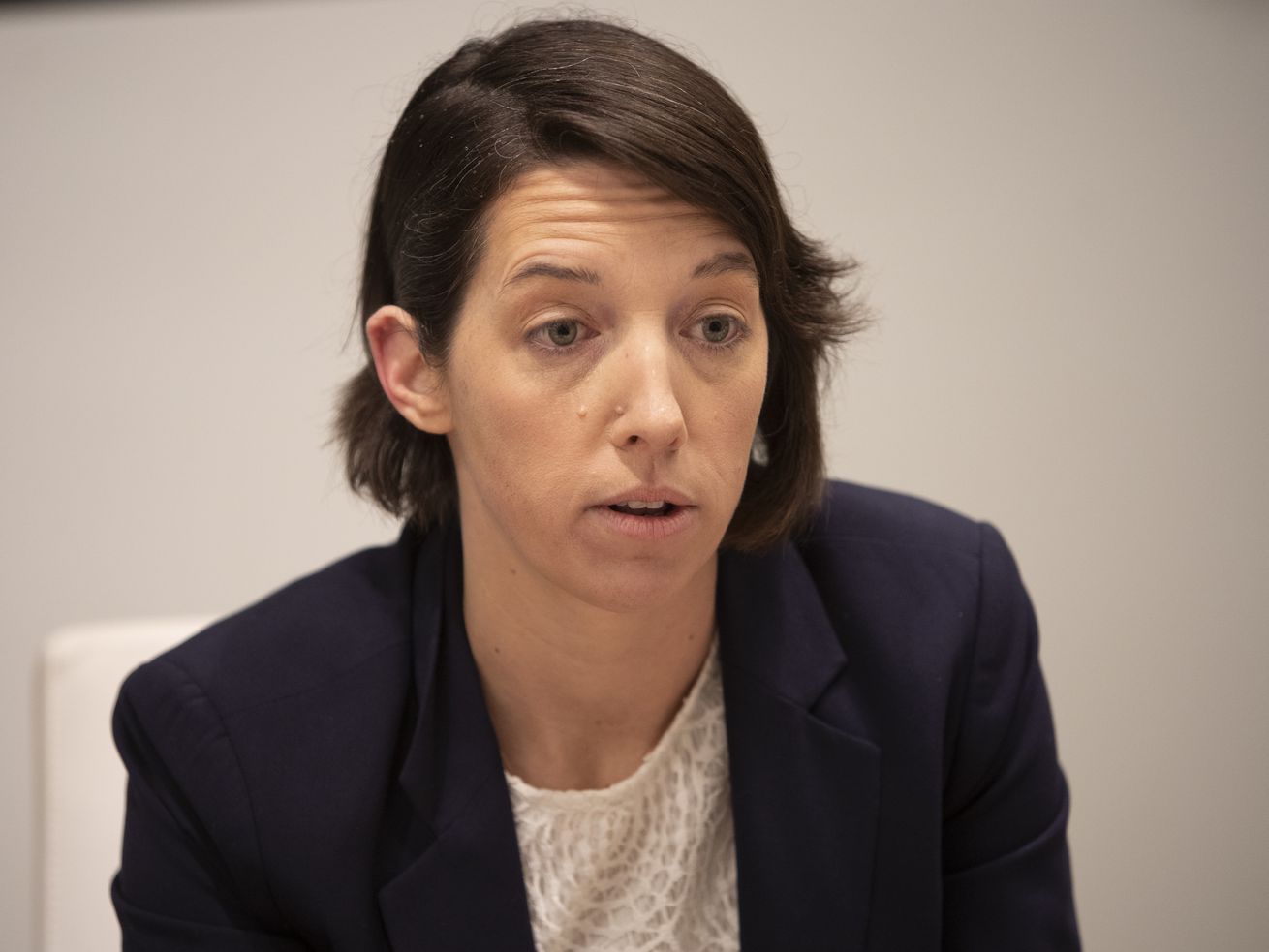 State Rep. Lindsey LaPointe is endorsed by the Sun-Times for Illinois House in the 19th District Democratic primary. | Rich Hein/Sun-Times

She has used her experience in criminal justice reform and working with homeless people to fashion an agenda that emphasizes improving health care access and neighborhood schools.

State Rep. Lindsey LaPointe has been an engaged legislator since her appointment to the General Assembly last year, co-sponsoring such legislation as the Clean Energy Jobs Act and a law allowing students time to vote during school hours on Election Day.

We endorse LaPointe as she seeks a full two-year term representing this Northwest Side and suburban district. She has made good use of her experience in criminal justice reform and as an outreach worker to homeless people to fashion an agenda that emphasizes increasing health care access and improving neighborhood schools. She was a project manager on justice reform issues for BPI — Business and Professional People for the Public Interest.

For more information about this race and others, including candidate questionnaires, go to our Illinois primary voting guide. Our newspaper is owned by a group of civic-minded and, in some cases, politically active investors; for details, see our owner information page.