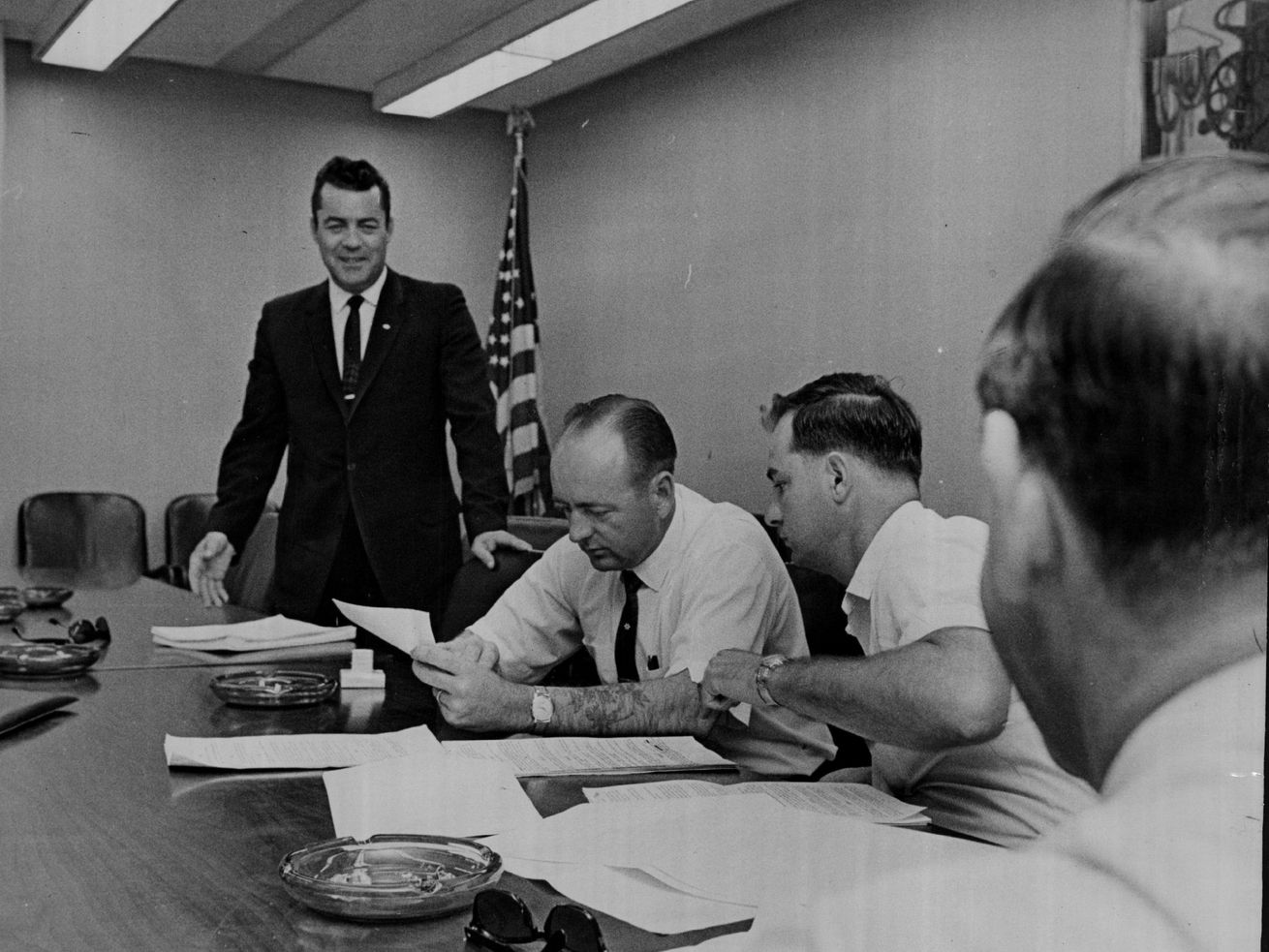 The sometimes-controversial political figure led the International Union of Operating Engineers Local 150 for more than 20 years.

Chicago-area labor leader William E. Dugan, an Illinois political heavyweight who doubled the size of one of the state’s most influential unions over a two-decade tenure, died Saturday at age 86.

About 10,000 workers were represented by the International Union of Operating Engineers Local 150 when “Wild Bill” Dugan took the helm of the Countryside-based organization in 1986, according to the union’s general counsel, Dale Pierson.

By the time he stepped down in controversy in 2008 — after weathering several economic recessions amid a downward national trend in union membership — Local 150 boasted more than 23,000 members across numerous construction industries.

“Bill helped lead us through so many ups and downs in the financial markets amid labor law erosion. That growth was incredible,” said Bob Reiter, president of the Chicago Federation of Labor. “He built one of the most sophisticated teams of union organizers we’d ever seen. He was fierce, caring and he had everyone’s back.”

Dugan, who had retired to Hancock, Maryland, died after recently returning to Chicago for treatment for an unspecified illness, Pierson said.

Dugan grew up in West Virginia and enlisted in the U.S. Army in 1951, serving four years in Korea with the 82nd Airborne Division, Pierson said.

He then moved with his uncle to Chicago and joined Local 150, working for the next decade as an equipment operator.

In 1965, Dugan was appointed to become a business agent for the union, gradually making the connections that pushed him to run in a contested 1986 election to become the union’s president and business manager.

“He was able to develop these relationships across party lines because they shared common notions that one of the best ways to spend tax money is to improve infrastructure,” Pierson said.

Dugan also took pride in having been among the first labor leaders to endorse legendary former Chicago Mayor Harold Washington in his reelection campaign. He also threw his weight behind a then-relatively unknown Barack Obama in his ill-fated congressional campaign against Rep. Bobby Rush in 2000, Pierson said.

Dugan was a football fan who closely followed his beloved Chicago Bears in addition to the squads at the University of Illinois and West Virginia University, Pierson said.

He was also an avid fisherman and hunter. The endless stream of politicians, labor leaders and community members who visited him at Local 150’s headquarters were greeted by mounted big-game trophies including an antelope, a wild boar and, most memorably, a giraffe beckoning from behind a big chair in the corner of Dugan’s office.

Surprised visitors would ask if the giraffe was real. According to Pierson, Dugan would joke that he could only fit the animal’s head through the doorway, “so we’ve got the rest in the basement.”

Dugan retired from Local 150 in 2008, after the Chicago Sun-Times disclosed that authorities were investigating whether he illegally used union resources for personal gain. Federal agents raided Dugan’s Maryland buffalo farm, and he later pleaded guilty to a misdemeanor charge of violating federal labor law by demanding and accepting custom-made livestock feeders from a company that employed the union local’s workers.

Dugan was sentenced to three years of probation in the case, which Pierson called an “unfair” set of accusations that originated from Dugan’s opposition within the union.

“It was a bad outcome in an otherwise terrific career,” he said.

A memorial service is scheduled to take place Tuesday at the Local 150 Headquarters, 6200 Joliet Road in Countryside. Visitation will take place from 2:30 p.m. until 10 p.m., with several speakers presenting between 4:30 p.m. and 5:30 p.m. Dugan will be interred in Maryland later in the week.

Editor’s note: Operating Engineers Local 150 is among the labor unions that have an ownership stake in the Sun-Times.