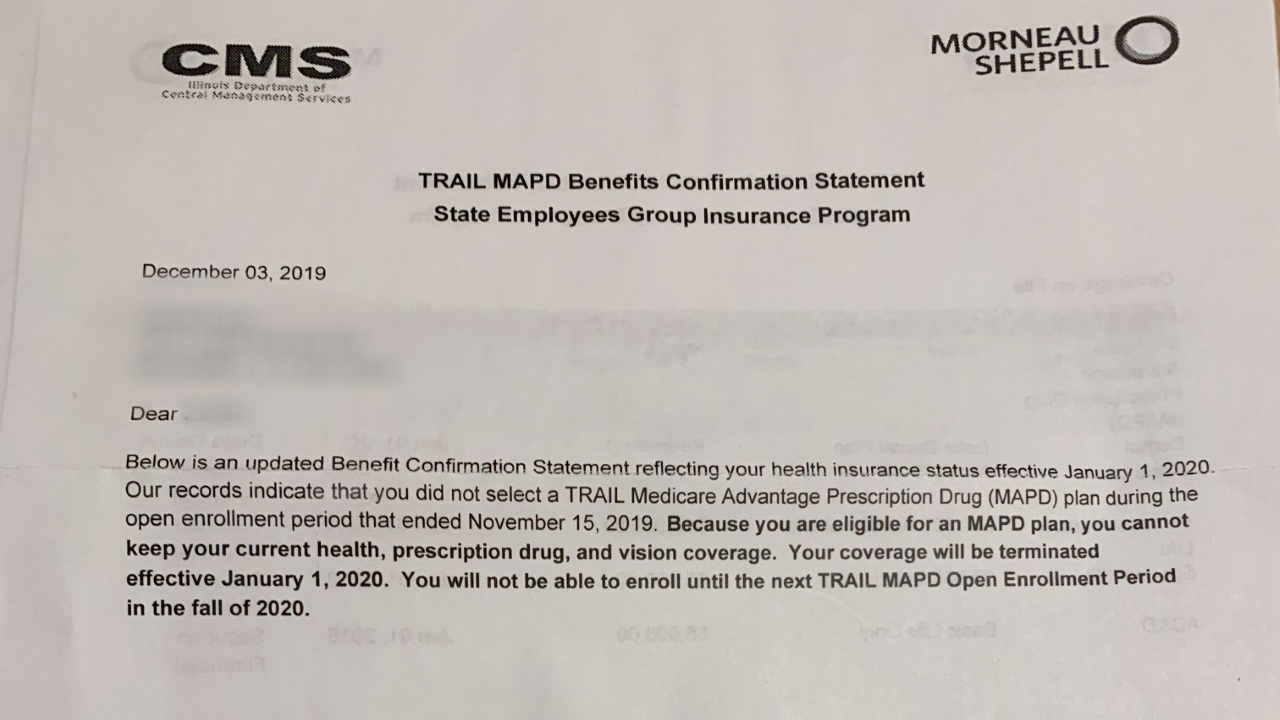 CHAMPAIGN, Ill. (WCIA) — Retired state employees were recently told their Medicare health insurance would be terminated by the end of the year.

That’s leaving them with few options, and forcing them to figure out last minute coverage. A letter was sent to Health Alliance members dated November 3, 2020. Retirees 65 and older were told that they did not select a Medicare Advantage Prescription Drug plan during the open enrollment period. That ended on November 15th.

Since they were eligible for that plan, they can’t keep their current health insurance coverage, which will be discontinued at the end of the year. They can’t enroll for Medicare until the next open enrollment in the fall of 2020.

In the meantime, members who this effects are saying they have to switch insurance providers. For some, that comes with a hefty hike in premium and co-pay costs.

It’s unknown how many people this has affected. Senator Chapin Rose has received calls from those affected asking what can be done in the future to avoid insurance being suddenly dropped off in situations like this. But right now, he says there are more questions than answers. He’s contacted Illinois Central Management Services to find out why it came to this point for many retirees. He also said he plans to bring this issue up at next year’s legislative session.

Health Alliance says anyone experiencing this problem can call 1-888-382-9771 or visit the Health Alliance Connections Office at Carl at the Fields in Champaign.