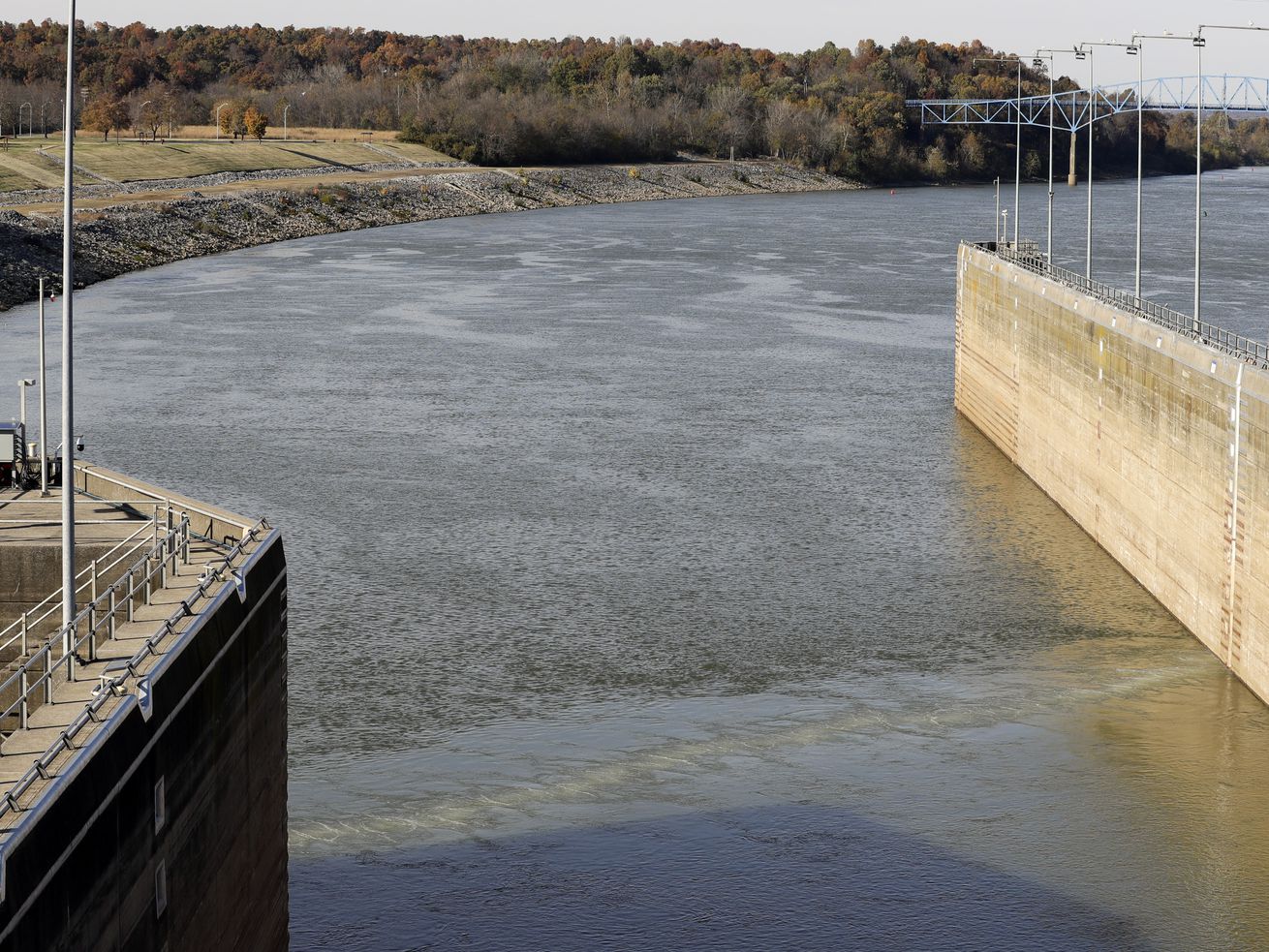 A line of bubbles from a bio-acoustic fish fence rises to the surface of the water at Barkley Lock and Dam where the Cumberland River meets Lake Barkley in Grand Rivers, Ky. The noise-making, bubbling barrier has been installed to deter the spread of destructive Asian carp. A similar project is proposed for Illinois. | AP Photo/Mark Humphrey

Michigan has offered Illinois serious money to get started on a project to block the invasive fish, which threaten Lake Michigan’s ecosystem.

On Nov. 4, the state of Michigan offered again to kick in $8 million if Illinois would get going on a project to keep invasive Asian carp out of the Great Lakes.

Well, no, Illinois did not respond quickly, though the danger grows.

What’s our state waiting for?

The Army Corps of Engineers is ready to move forward on preliminary design work for a new carp barrier at the Brandon Road Lock and Dam on the Des Plaines River near Joliet. Before the corps can begin work, though, Illinois must declare itself the official non-federal partner on the project.

That would commit Illinois to spending an estimated $10 million to $11 million for the first phase of the project — pre-construction engineering and design — but Michigan has offered to pay $8 million of that cost.

Illinois should agree to pick up the balance of the cost — about the price of one or two fancy houses on the North Shore — and get this badly needed project off the ground. If the state doesn’t, it risks missing the eligibility window for the next round of federal aid for such projects. And agreeing to the first phase does not commit Illinois to spending more money later.

On Nov. 1, the Illinois Department of Natural Resources and the Asian Carp Regional Coordinating Committee announced that they would check Bubbly Creek on Chicago’s Southwest Side for invasive carp because a biological marker called e-DNA linked to carp had been discovered there. So far, no actual fish have been found, but the message is that the invasive carp won’t wait around for Illinois to get its act together.

Existing barriers have kept away the carp, which have been swimming up the Mississippi River basin for years, wreaking havoc on native fish populations and injuring boaters by leaping from the water. If the fish get established in Lake Michigan and other Great Lakes, their ability to decimate the bottom of the food chain could damage the lakes’ $7 billion fishing industry and the $16 billion tourism industry.

The Army Corps believes the Brandon Road barrier would be the most economically feasible and effective way to keep out carp. It would include underwater sounds and an electric field to deter fish, a flushing lock to keep water from the Mississippi Basin from moving upstream, and an air bubble curtain to remove small and stunned fish caught in the recesses of barges.

For years, Illinois dragged its feet on this because former Gov. Bruce Rauner opposed it. But Rauner is out of office. On Friday, the state offered no explanation for continuing delay.

Michigan, which fears the carp will invade and do great damage to Lake Michigan and Lake Huron, is hot to see the project get started — to the point of offering to a write a check to Illinois.

Michigan gets it: The threat is real. Illinois needs to understand that, too.