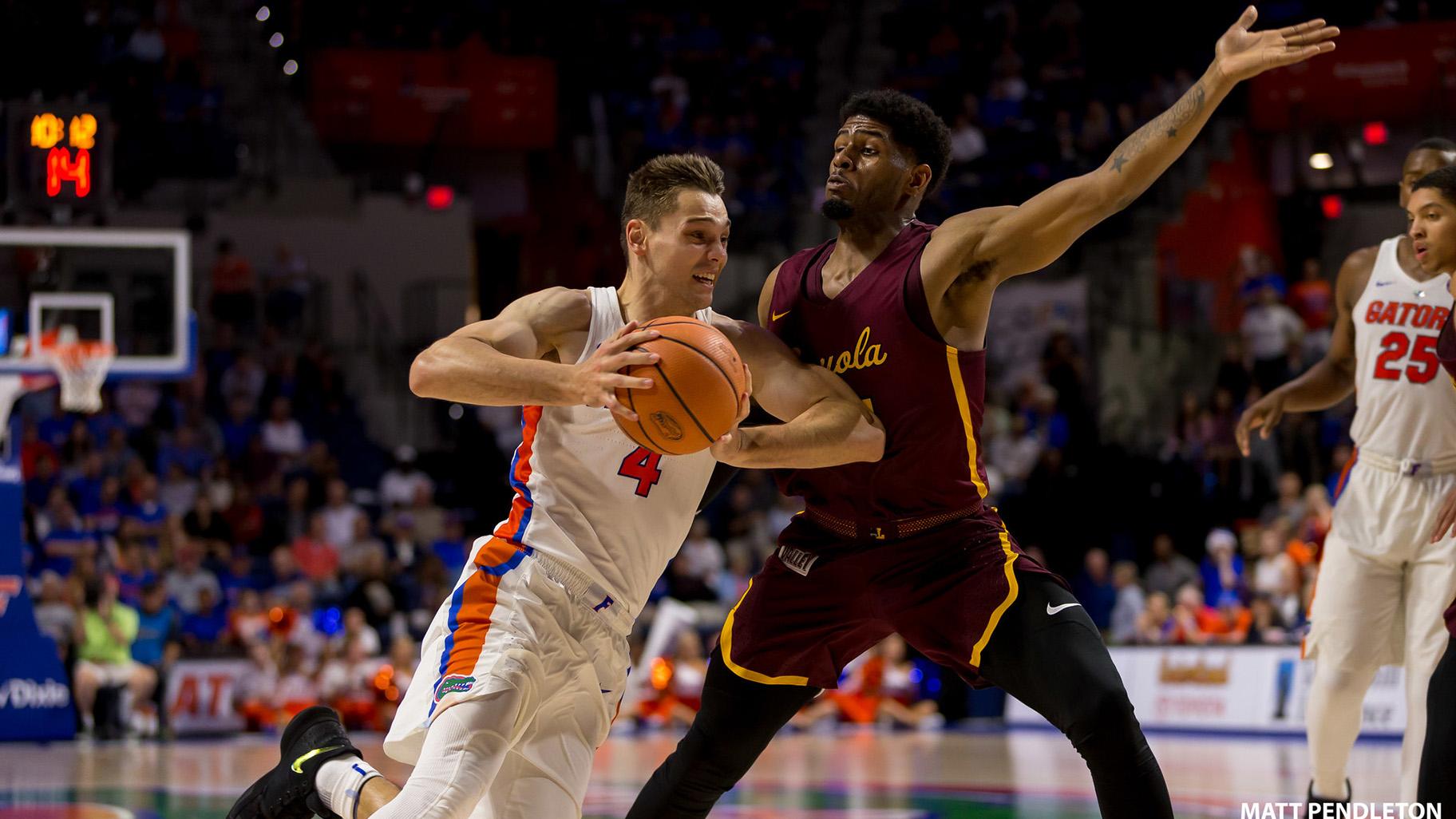 The Loyola Ramblers take on the Florida Gators on Wednesday, Dec. 6, 2017 in Gainesville, Florida. (Photo by Matt Pendleton for Matt Pendleton Photography)

The Illinois House on Wednesday overwhelmingly voted in favor of a bill allowing college athletes to profit from their names and likenesses.

The move comes a day after the NCAA said it was considering loosening longstanding and increasingly controversial rules that prevent student-athletes from making money. Earlier this month, California’s governor signed into law a measure on which Illinois’ is based.

Mitchell argues that since only a small percentage of college athletes ever make it to the pros, students should be allowed to profit off their likenesses, and potentially form business relationships that can benefit them after their college careers end.

But critics of the Illinois- and California-style bills argue that letting student-athletes make money could create thorny unexpected consequences.

“It’s not perfect,” Mitchell said. “There will be people exploiting it, no doubt. But certainly what’s in place is not realistic.”

Critics of the NCAA says their move this week is an empty gesture, and that laws at the state or federal level are necessary to prevent them from nodding toward change while hamstringing students. “Reading the fine print is something the NCAA’s been good at over the last decades, so that’s going to continue, no doubt. Ostensibly the best scenario would be that the rules put in place will be clear and reasonable, and schools and athletes will continue to be monitored in that regard and make the best of it,” Mitchell said.

Should College Athletes Be Paid? A Chicago Economist Weighs In

via Stories by Nick Blumberg https://ift.tt/2yp4bg7