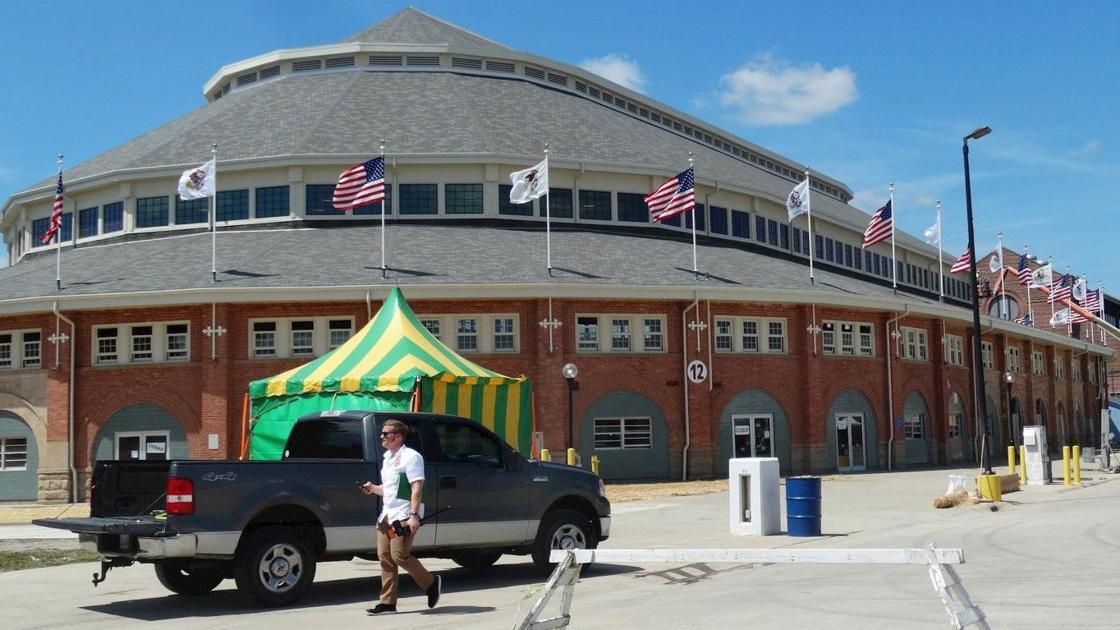 SPRINGFIELD – In a classic duel of Pritzker vs. Pritzker, the first lady won.

Gov. J.B. Pritzker and First Lady M.K. Pritzker engaged in a bidding war at the Illinois State Fair on Tuesday, with the governor’s wife placing the winning bid of $75,000 for a grand champion steer named Lucius.

“I have to say, there’s not a piece of that steer that doesn’t entice me,” the governor quipped with reporters after the sale. He later explained that much of the meat would be donated to the Central Illinois Food Bank.

Lucius, a 1,300-pound steer, was the prize animal of 13-year-old Cole Caldwell, of Elmwood. He had told fair officials earlier that whatever money he made from the sale would go toward his college education and future livestock projects. Still, he said afterwards, he was pleasantly surprised at how much Lucius fetched.

“I was surprised,” he said after the sale. “It’s a little bit of bragging rights for me. My sister won three years ago, and hers sold for less than mine did.”

The Governor’s Sale of Champions, held in the recently-renovated Coliseum building on the fairgrounds, was the highlight of Agriculture Day at the State Fair. In addition to the grand champion livestock, bidders at the auction also competed for grand champion cheeses, meats and other commodities, some of which garnered large amounts of money.

Welcome back! You’ve reached your free article limit. Become a member to help support our work.

But it was the livestock sale that drew the most attention, mainly because those animals are raised and shown by young adults in the 4-H organization.

One of those was Faith Foster, 17, of Paxton, who won the grand champion title in the poultry meat division for her three Cornish cross chickens, which sold for $5,000. Two of her sisters also won in the same category in 2010 and 2012.

Foster said she tends not to get very attached to the animals she raises, but some of the other contestants said they had mixed feelings about selling off the prize animals they had raised.

“I’m pretty sad. I don’t want him to leave,” said Macy DeBlock, of Aledo, whose lamb Whalen also was a grand champion. But then she shrugged her shoulders, suggesting she already understood animal life on a farm.

Parker Karrick, of Patoka, who chairs the Illinois 4-H leadership team, said the 4-H program, which began in Ohio in 1902, has become an integral part of rural communities, and an important part of growing up in rural America.

“It is absolutely very important because it gives rural youth a voice,” she said. “A lot of times they may not have the most opportunity in their schools or other organizations, so 4-H has stepped in and given those kids a voice through agricultural activities, and also different activities with STEM – science, technology, engineering and math. 4-H has really given the rural community a voice.”’

Coming soon: Get Government & Politics updates in your inbox!

Stay up-to-date on the latest in local and national government and political topics with our newsletter.

via http://www.pantagraph.com – RSS Results in news* of type article https://ift.tt/2tNkCR3