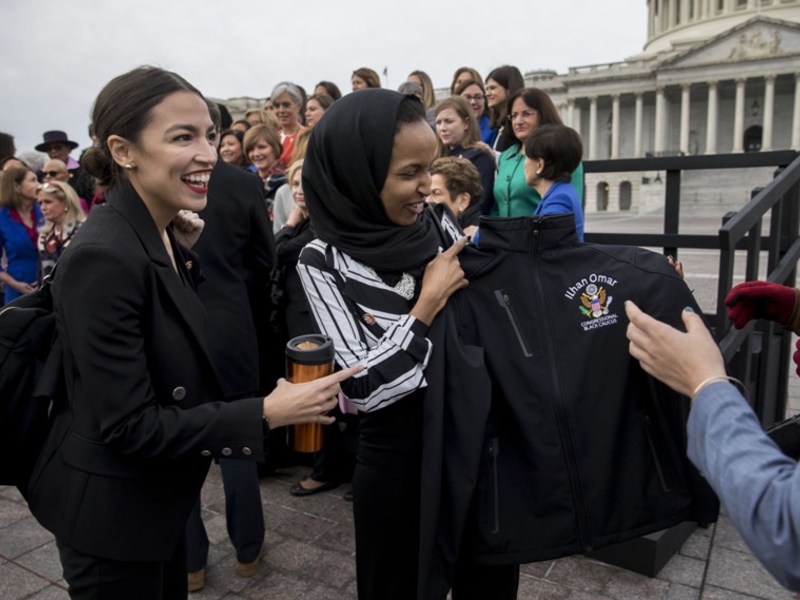 For those who don’t know, jihad is a Muslim term, often summarized as religious war against non-believers, with those who die considered martyrs and rewarded in the afterlife.

IRCCA President Mark Shaw did not immediately respond to an email seeking comment, and the post since has been taken down from the group’s Facebook page. But copies of the page are circulating on the internet, and other GOP leaders had plenty to say.

“I strongly condemn evoking race or religion as the basis for political disagreement,” Illinois GOP Chairman Tim Schneider said in a statement. “The recent social-media post from the IRCCA does not reflect my views or the Illinois Republican Party’s values.”

He added, “My intense disagreement with the socialist policies and anti-semitic language of the four congresswomen has absolutely nothing to do with their religion or race.

In fact, only two of the four are Muslim and one of them has apologized for comments some considered anti-semitic but that she said just reflected a difference of opinion over U.S. policy.

“There are civil ways to express political differences that do not involve appealing to racist extremes,” he said.

“The post perpetuates the recent attacks by President Trump, promoting lies and racism to alienate immigrants, women, and people of color,” she said in a statement. “This language of hatred and bigotry has no room in our society and has dangerous consequences.”

Trump has had a variety of things to say, some of them conflicting.

After suggesting that four “go back” to their home countries if they don’t like America—three of the four were born here, and the fourth is a naturalized citizen—the president stood mute at a rally at which supporters chanted “send them back.” Trump later said he disagreed with the chant, but then a couple of days later hailed those at the rally as “tremendous patriots” and said the four “hate” America.

Look for lots more on this Monday.