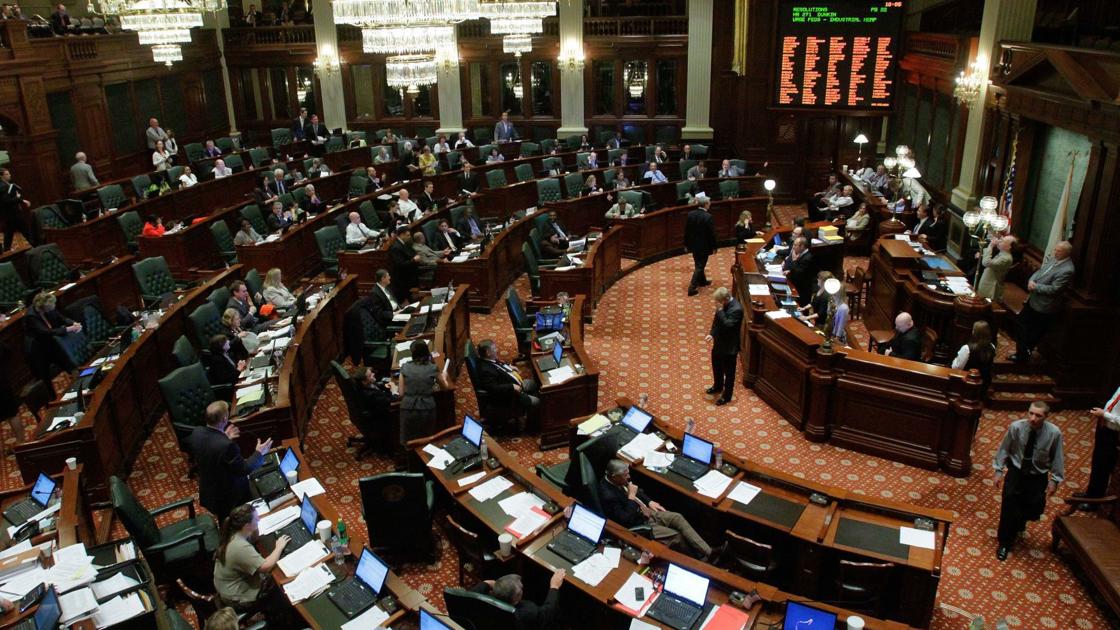 If you talk to the Statehouse old-timers, they’ll tell you they haven’t seen such a productive spring legislative session since Gov. Jim Thompson’s days.

I think it’s probably safe to say that Gov. J.B. Pritzker cleared even that high historical bar this year, mainly because he had friendly Democratic super-majorities in both chambers. The Republican Thompson had to deal with a Democratic-controlled legislature for almost all of his 22 years.

Thompson, a master schmoozer and cajoler, didn’t try tackling nearly as many huge, generational changes all at once like Pritzker did in his first session. And even with Pritzker’s supermajorities, passing bills like almost doubling the minimum wage, changing the state constitution to allow for a progressive income tax, rewriting almost all of the state’s abortion laws and legalizing recreational cannabis were seriously heavy-duty lifts.

On the afternoon of May 31, the last scheduled day of session, House Speaker Michael Madigan announced that the House could not possibly adjourn by the end of the day and would be in overtime session at least throughout the weekend. That meant all the tax and fee hikes and the gaming expansion to fund the massive $41.5 billion infrastructure bill would need three-fifths majorities, and everybody knew there was no way Madigan would take the political risk of putting 71 of his 74 members on those bills. Republicans, therefore, would be needed.

The rookie governor claims he didn’t panic, saying he "knew there was a path to dealing with all of it."

"Going from a 60-vote requirement to a 71-vote requirement, having just gone through the ‘Fair Tax’ amendment, felt like a high bar, but I also knew that there was a path," Pritzker said during a phone interview.

"Yeah, the odds have gone down of getting everything done, but there’s a path," Pritzker said he felt at the time.

Asked at what moment he felt like everything would be OK, Pritzker pointed to House Republican Leader Jim Durkin’s demands later that Friday for pro-business legislation in exchange for his caucus’ support. Pritzker said he felt that "several" of Durkin’s proposals, which were developed by business groups "were relatively easy for us to come to an understanding about" because, the governor said, he agreed with them.

Pritzker inherited much of his money, but he has been involved in business most of his life. When Durkin broached the subject of repealing the state’s franchise tax, Pritzker said he quickly agreed. The franchise tax, which is essentially a tax levied for the privilege of doing business in Illinois, has been a bane to business groups forever. And Pritzker said he looked at it and decided "it didn’t need to be there, for small business especially."

Thompson was endorsed by both the Illinois Chamber of Commerce and the Illinois AFL-CIO when he sought his fourth and final term. Pritzker’s steep minimum wage hike, the graduated income tax and the dozens of pro-labor bills he’ll be signing in the coming weeks makes a repeat of that feat impossible. But there is no doubt that business lobbyists were pleasantly surprised by the session’s final days.

Pritzker also revealed to me that he began studying "Big Jim" Thompson’s tenure before taking office.

"It was important to me after I won the election to figure out what are the models out there for governing that have been effective and fit with who I am," Pritzker said.

"Certainly, lots of people pointed to Jim Thompson," Pritzker said, unprompted, of the former Republican governor. "Thompson was somebody who could talk to anybody (and) they would talk to him. He would go to the floor and speak with legislators. He had people go to the mansion to negotiate, to discuss and sometimes have a drink with. There was just a lot of bipartisan, across-the-aisle dialogue. That kind of leadership fits with who I am and my own background and people that I’ve worked with over the years."

Thompson was, indeed, a talented governor who got a lot done. Sometimes, though, the things he got done came back to bite his state in its collective rear. Thompson’s annual 3 percent compounded pension payment increase for public retirees has forced the state to spend tens of billions of dollars, while exempting retirement income from state taxation dried up untold billions more from an important and growing revenue source.

So, just a cautionary note to our new governor: Just because you can pass a bill doesn’t always mean that you should.