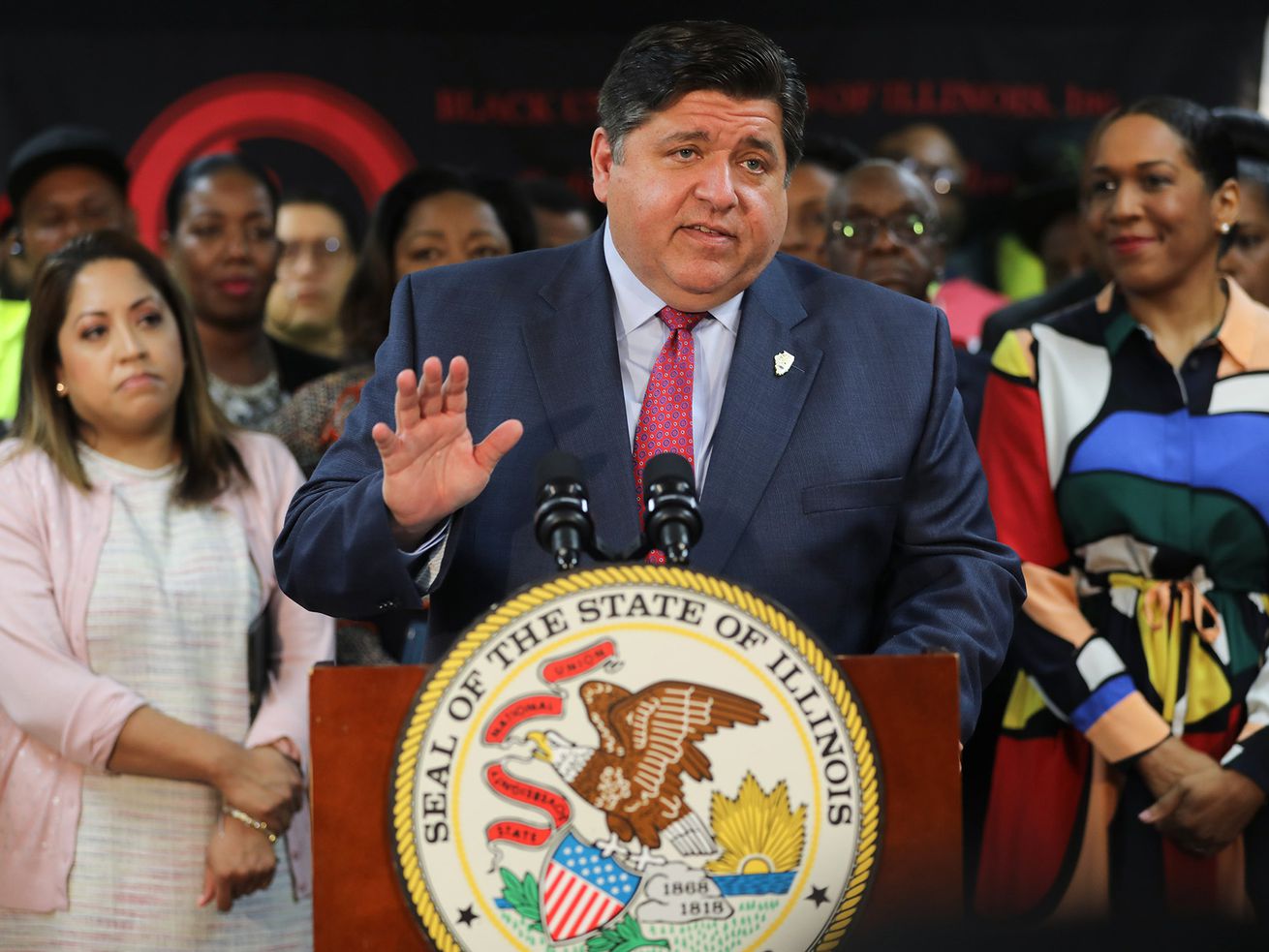 Illinois lawmakers had a long list of items on the agenda for the spring session, including legalizing recreational marijuana and a massive $45 billion capital bill for infrastructure. After years for gridlock with former Governor Bruce Rauner, a Democratic supermajority and Governor JB Pritzker were determined to show what they could accomplish.

“Together we just accomplished one of the most ambitious and consequential legislative sessions in this state’s history,” said JB Pritzker on Sunday.

The Friday legislative deadline was extended through the weekend. During that time, legislators approved a number of bills that would have been impressive just by themselves: a new budget, a gambling expansion with a Chicago casino, an abortion rights bill, more funding for schools and a higher minimum wage for teachers, and a graduated income tax which voters will have to approve. However, a bill from Cook County Assessor Fritz Kaegi stalled out. It aimed to fix the highly criticized system of assessing property taxes for commercial buildings.

The new legislation will give Chicago a lot more capital to work with than in previous years, and Mayor Lori Lightfoot is on board.

“We are securing new resources to improve our parks, schools, public transportation and roads through a new capital bill; new revenue for the City and the end to an old inequity through legalized cannabis; and the first step in approval for a Chicago casino that will help shore up the city’s seriously underfunded pension funds and creating new jobs,” she said in a statement.

Here’s what the passage of these bills means for Chicago.

In the avalanche of legislation, lawmakers quickly passed a $40 billion budget. For a state that went with a complete state budget from 2016 to part of 2018, that’s a big deal.

According to Crain’s Greg Hinz, the budget implementation bill authorizes the negotiation of a contract with the developer of the massive One Central project. It creates a Civic Transit and Infrastructure Fund that allows the state to invest in up to $5.1 billion in the transportation hub located on train tracks west of Soldier Field. It would also mean Wisconsin-based Landmark Development wouldn’t need TIF money.

The work on roadways will be funded by doubling the gas tax and raising vehicle registration fees. The plan also includes funds for fixing aging buildings like university and public school buildings, state facilities, and hospitals. Those projects will be funded by raising the $1.98-per-pack cigarette tax by $1 and raising the taxes on daily and monthly garage parking (a 6 and 9 percent hike, respectively).

For the first time ever, there is also dedicated $50 million of funding for walking and biking projects, according to advocacy organization Active Transportation Alliance. The money will be given out through a grant process. Another first, the bill also has sustainable funding for public transportation.

$18 billion on transportation (incl. $5.6B on transit and rail);
$6 billion on state-owned buildings;
$2.1 billion to local communities;
$428 million to the EPA for clean water;

The gaming and sports betting expansion bill includes a Chicago mega casino with about 4,000 slot or gambling table seats. It would be privately owned, but the city would get a third of the tax revenue, which would go toward funding police and fire pensions. The measure also permits five other casinos for the state, more gaming positions at existing casinos, slot machines at airports, and a legalized sports betting industry.

The Chicago casino could be one of the largest in the country, and immediately there was speculation as to where it would be built. Two locations that could possibly be on the table: The 78 or the former Michael Reese site.

On January 1st, recreational marijuana will be legal in Illinois. The governor is expected to sign the bill, and then the state will become the first to legalize the drug through legislation instead of a voter initiative. Under this measure, the Marijuana Policy Project believes more than more than 750,000 cannabis-related cases will be eligible for expungement.

Currently, Illinois has 55 medical dispensaries (eight are in Chicago) and those businesses will be allowed to apply for a second location for the recreational industry. The measure allows local governments to control zoning regulations for dispensaries, which could present the same issues taking place in Los Angeles. To open a dispensary, there’s a $100,000 application fee and other costs, but a loan assistance program aimed at communities disproportionately impacted by cannabis-related criminal convictions can help start a business.

via Curbed Chicago – All http://bit.ly/2qpAeYt