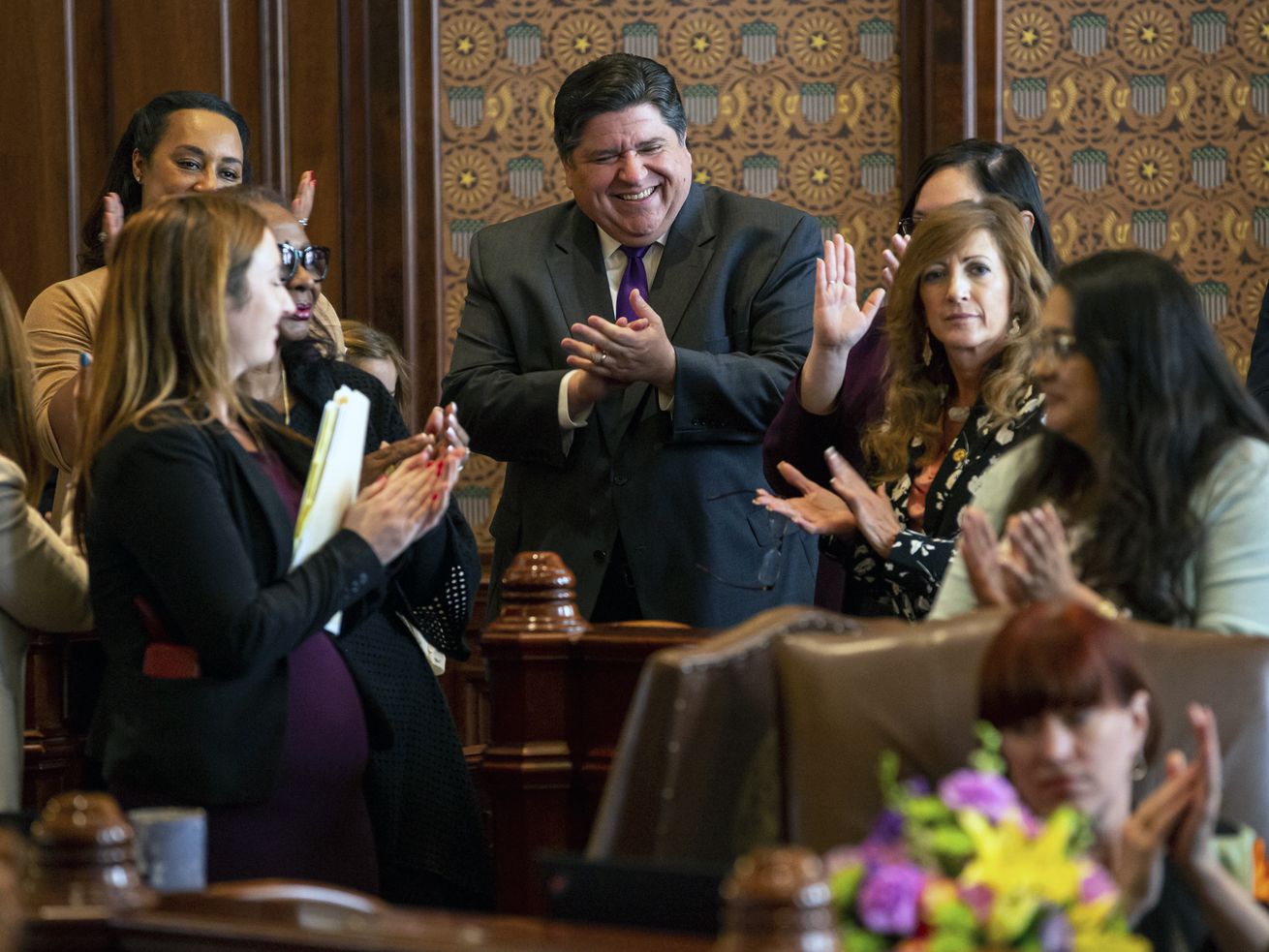 ANALYSIS: In the end, Democrats got everything they wanted this session, and Republicans were able to include pro-business reforms during last-minute budget and capital negotiations.

His campaign slogan — and the name of a dark-money group he’s largely funding to push his agenda is dubbed “Think Big.”

And with a massive budget and capital plan finalized on Sunday — not to mention the legalization of marijuana, gambling expansion and the strengthening of the state’s abortion laws — the rookie governor notched big victories during his first go-around in Springfield.

The governor also succeeded in landing a question on the 2020 ballot to amend the state constitution to try to change the state’s tax structure from a flat rate to his preferred graduated income tax plan, one of his most important priorities.

And while it was Pritzker who pushed many of these policies along, he was also operating with a Democratic supermajority in both chambers — the very lawmakers who watched in horror as public universities and social services become decimated amid a war with former Republican Gov. Bruce Rauner.

In the end, Democrats got everything they wanted this session, and Republicans were able to include pro-business reforms during last-minute budget and capital plan negotiations.

Pritzker took a victory lap on both the House and Senate floors this weekend. And speaking to reporters after the General Assembly passed the $40.6 billion budget and a $44 billion long-awaited capital plan, the governor said the state should be “proud.”

So what was it about Pritzker that he was able to accomplish these feats?

Is he “magic?” That was a reporter’s question, made in jest, to Illinois Senate President John Cullerton after the Senate adjourned.

“It helps to start with a super-duper majority in both chambers. That kind of helps,” Cullerton said. “He just really got along. He’s just really a nice guy. And it helps. And he got along personally with Republican leaders as well as us, and with our members. And keep in mind, he’s new. He had never done this before so he did a great job.”

The bipartisan spirit this year was so strong that Pritzker even got Illinois Senate Republican Leader Bill Brady, and another Republican senator, to stand next to posters of his accomplishments — including the Reproductive Health Act, which Republicans vehemently opposed — during a press conference after adjournment.

Just as Madigan did on the House floor on Saturday, Cullerton called this session “historic.”

But in a state full of cynics, some are still in a wait-and-see mode on rating Pritzker’s first session.

Illinois residents will see some unpopular taxes in light of the budget and capital plan, like a 19 cent bump in the gas tax, an extra $1-per-pack tax on cigarettes and an increase in vehicle registration fees.

And despite the years of research that went into the marijuana legalization measure, the start of the program is expected to have its share of hiccups.

Also, what kind of behind-the-scenes dealings await a Chicago casino and others statewide? And then there’s the implementation of sports gambling.

There also will be a huge battle over the statewide vote to change the state’s income tax structure — and not just from Republicans yelling into the wind.

“The key for his budget plans remains persuading the public to give Springfield a blank check and revise the constitution on the promise that whatever statute the Democrats pass will be semi-permanent for some unknown reason,” said Brian Gaines, a political science professor at the University of Illinois in Urbana-Champaign. “I think that’s a harder sell. Neither Pritzker nor any Democratic legislators have really come up with a magic solution to the state’s fiscal problems.”

There’s state’s bill backlog — which totaled $6.6 billion on Sunday, according to the Illinois comptroller’s office — won’t be eliminated overnight, either. This year’s budget addressed that backlog via a bond authorization, with about $1.2 billion going toward those bills. There’s also a portion of marijuana revenue going toward the debt, once the program is up and running. And there’s a potential for a surplus from this year’s budget, which would also go towards those bills.

And don’t forget the state’s $133 billion in unfunded pension liabilities. That’s a huge challenge for Pritzker and the General Assembly down the road.

“He has been generous to unions, but spending more isn’t a solution to being in a deep hole,” Gaines said. “He backed out of the bad idea of yet another pension holiday only because of good luck, arguably partly due to federal policies he opposes.

“So I would give him some credit, but no final grade just yet.”