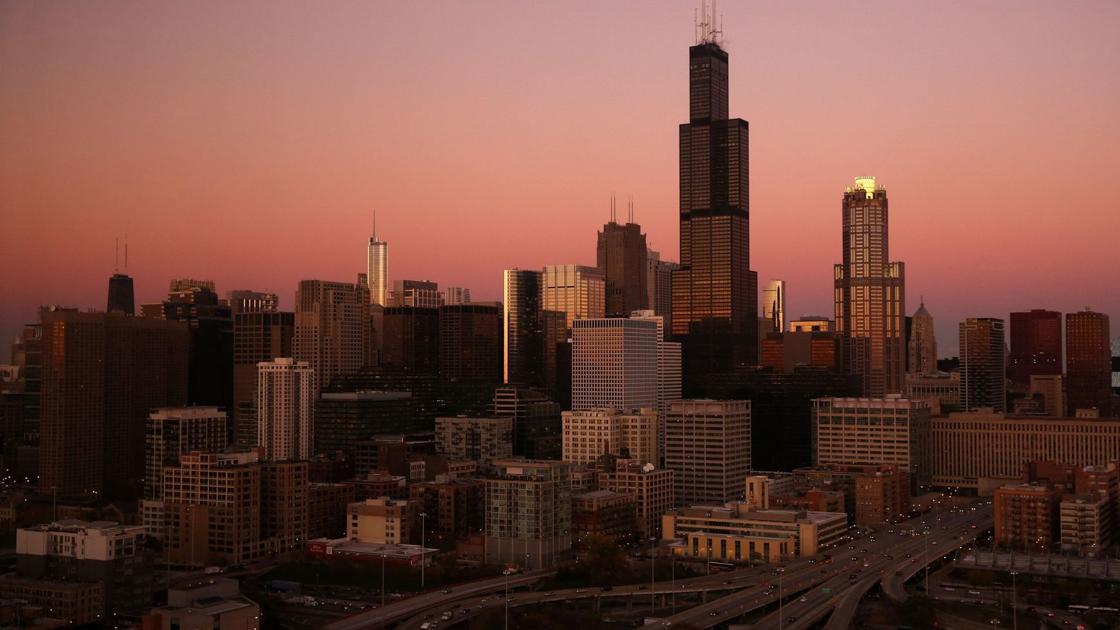 Not to give any ideas to St. Louis’ rural Missouri neighbors, but some rural Illinois lawmakers are trying to kick Chicago out, making it a separate state.

From an urban perspective, this is a little like wanting to get rid of that Rolls Royce in the garage to make way for a pickup truck. Whatever else Chicago is, it’s a world-class city and the economic and cultural capital of the Midwest. Take it away, and the Illinois that remains is basically Iowa.

Which, you get the feeling, would be just fine with the folks pushing this idea.

“Our traditional family values seem to be under attack at every angle,” the measure’s sponsor, state Rep. Brad Halbrook, a central Illinois Republican, told The Associated Press. “We are trying to drive the discussion to get people at the table to say these are not our values down here.”

Supporters of the separation idea point to the usual urban-rural divide issues — guns, abortion, immigration — but also to the fact that “Chicagoland” alone can pretty much choose Illinois’ governor in most elections. Indeed, a typical post-election map of Illinois is almost entirely red but for a blue northeastern corner and another smudge of blue next to St. Louis.

It’s a deceptive graphic; the simple fact is, those small blue areas of Illinois, like the small blue areas around America, tend to contain far more people than the big red areas. Nationally, that dynamic, combined with that 18th Century anachronism known as the Electoral College, helps Republicans win national elections even when the Democrat gets more votes. In Illinois, where the governor is chosen by statewide popular vote, Republicans get no such handicap. In that sense, the sponsor’s main beef here is with democracy.

But that familiar red-blue map raises a bigger question that we hardly even think to ask anymore: Why are the red areas so red and the blue areas so blue? Since Americans can live anywhere in the country we want, shouldn’t it all be purple? Or at least a checkerboard?

It was 10 years ago that journalist Bill Bishop published the book, “The Big Sort: Why the Clustering of Like-Minded America is Tearing Us Apart,” in which he declared America “a country in a static standoff.”

Bishop noted that, in 1976, fewer than 25 percent of Americans lived in counties where the presidential election was a landslide for one party or the other. But due to “self-sorting” by Americans — who changed either their ideology or their physical location to cluster among those they agree with politically — almost half of us were living in those landslide counties by 2004.

“As Americans have moved over the past three decades, they have clustered in communities of sameness, among people with similar ways of life …,” he wrote. “Today we seek our own kind in like-minded churches, like-minded neighborhoods, and like-minded sources of news and entertainment.”

All indications are that this sorting has increased today, with people’s residency in the city or the country being an increasingly reliable indicator of whether they’re politically left or right. Even the historic north-south national divide doesn’t feel as relevant today as the urban-rural one.

Here in Missouri, voters in St. Louis and Kansas City tend to feel they have more in common politically with Chicagoans — and New Yorkers and Atlantans and Austinites — than with the good people down the road in Rolla. It wouldn’t be surprising to learn that many outstate Missourians feel more cultural kinship with rural Alabamians than with the urban edges of their own state.

The problem with all this, Bishop warns, is that like-minded groups “squelch dissent, grow more extreme in their thinking, and ignore evidence that their positions are wrong.”

Consider that decade-old prediction in light of where the two major national parties are today: Republicans are on a full-bore campaign to overturn Roe v. Wade, Democrats are talking openly of socialism, and moderates in both parties are being purged.

Harry Enten posited in an essay in FiveThirtyEight last year that “the main cause of extremism in the House is probably not gerrymandering. It’s probably the increased extremism of voters, who have better sorted between the parties.” By “moving to regions where their political viewpoint is more common,” it notes, “more and more areas come, in essence, pre-gerrymandered.”

We have become, as Bishop puts it, “so ideologically inbred that we don’t know, can’t understand, and can barely conceive of ‘those people’ who live just a few miles away.” Think about that the next time you wonder why America can’t seem to do even the basic things as a nation anymore, let alone the big ones.