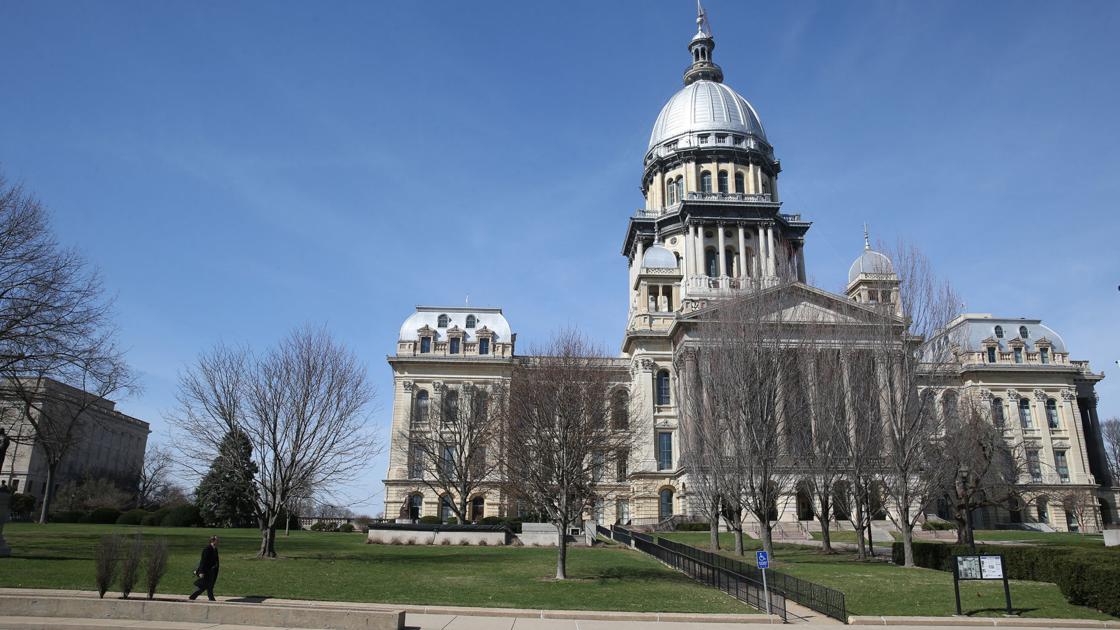 SPRINGFIELD – Conditional graduated tax rates and a pair of bills aimed at addressing Illinois’ high property tax costs passed the General Assembly on Friday and will head to the governor.

The graduated tax rate structure will take effect in January 2021 only if voters approve a constitutional amendment on the November 2020 general election ballot. The Senate’s vote Friday was a procedural concurrence with a minor House amendment.

Per the rate structure, single filers would pay the maximum rate of 7.99 percent on all income once their taxable income tops $750,000. For joint filers, that rate takes effect on all income when it exceeds $1 million.

For the rest of the brackets, each varying tax rate would apply to only one specific margin of income.

The corporate tax rate would go from 7 to 7.99 percent, not including an existing corporate property replacement tax of 1.5 to 2.5 percent that is not changed by the bill.

The property tax bills became part of the conversation this session at the request of several “swing” votes on the constitutional amendment, and were backed by Democratic Gov. J.B. Pritzker.

One bill, Senate Bill 39, will establish a “property tax relief fund,” which would be used to pay refunds to Illinois property taxpayers, but it would be subject to the appropriations of future General Assemblies and would not take effect until January 2021.

It passed the House 98-16 Thursday night with one voting present,  and it passed the Senate 56-0 with one present vote Friday.

“This bill will create a mechanism that will allow the General Assembly to provide direct property tax relief to every single homeowner in the state of Illinois,” Rep. Daniel Didech, a Buffalo Grove Democrat and the bill’s House sponsor, said.

Didech said a property tax task force will meet this summer in an effort to identify revenues for the fund and find other ways to provide property tax relief, and the General Assembly will decide on revenues in the future.

Some House Republicans on Thursday called the fund “smoke and mirrors” and “window dressing.” They questioned whether it would ever receive the funding to actually provide tax relief and said it would not actually address the factors driving high property taxes.

The legislation creating the task force passed both chambers Friday after heated debate Thursday night which led to a late amendment being pulled from the House record.

Republican Minority Leader Jim Durkin, of Western Springs, pointed out the late amendment removed the authority of Republican lawmakers to appoint members to the task force.

“This is the first time in my time down here that the rights of the minority party have been completely trampled on an issue that you claim is important,” Durkin said. “But you’re saying in here that Republicans don’t matter. We have no voice in this committee. Shame on you.”

The sponsor of the bill, Democratic Rep. Jonathan Carroll of Northbrook, said the language was provided by the governor and he eventually pulled it from the record after initially refusing.

By Friday, Carroll added a fourth amendment to Senate Bill 1932 including the minority leaders in the task force appointment process once again.

The task force is to meet over the summer to look for solutions to address rising property tax costs and address the way local governing bodies levy taxes.

Both chambers passed the task force bill unanimously Friday with little discussion other than Republicans expressing skepticism about the ability of the task force to create change.