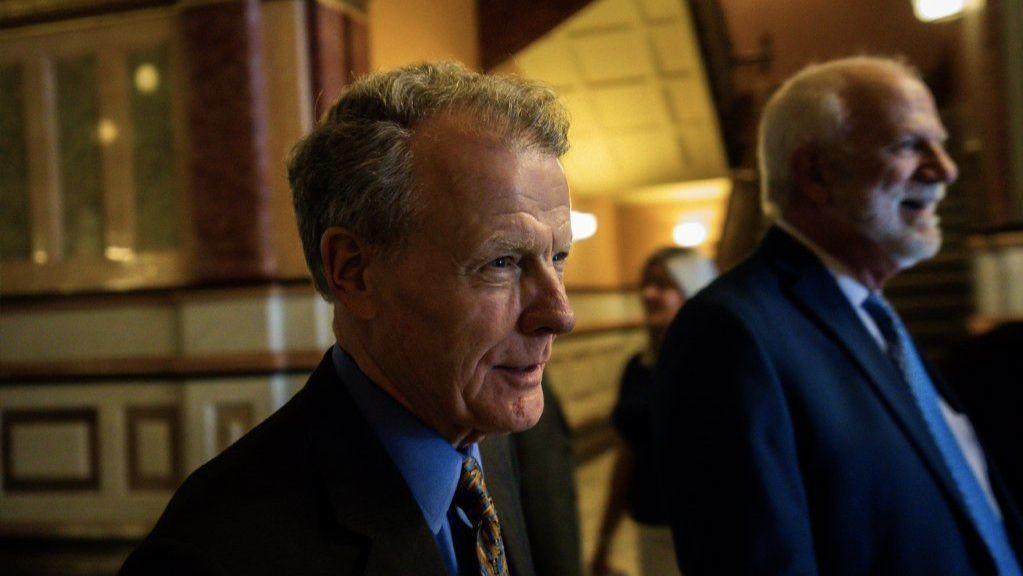 It all comes down to Friday.

The last day of May is also the last scheduled day of the Illinois General Assembly’s spring session — decision day for a host of still unresolved items from new Democratic Gov. J.B. Pritzker’s ambitious agenda.

The fate of a state budget, expanded abortion rights, legalized marijuana, a massive public works program and taxes to pay for it, and legalized sports betting and expanded casino gambling all are in the hands of the Democratic-dominated legislature.

Pritzker has already achieved significant victories in the legislative session, chief among them accomplishing his campaign centerpiece of placing on the November 2020 general election ballot a request that voters change the Illinois Constitution to allow for a graduated-rate income tax to replace the currently mandated flat-rate tax.

On Thursday, the House approved by a 67-48 vote a key element of the campaign for passage of the income tax amendment — the tax rates passed earlier by the Senate that would take effect in 2021 if voters ratify the constitutional change. Those rates differ only slightly from the ones initially proposed by Pritzker. The measure now returns to the Senate for final approval.

Pritzker has said he views the rates bill and the constitutional change amendment as companions, so voters know far in advance of weighing in on the ballot measure what their tax bills would look like. According to the governor, the income tax rates would provide some relief or make no change in the tax burden of 97 percent of the state’s wage earners — those who make $250,000 or less. The new rates would give the state an estimated $3.5 billion in new revenue.

Currently, individual taxpayers pay a 4.95% income tax, regardless of the amount of income they earn.

State Rep. Mike Zalewski, D-Riverside, said ratification of the proposed constitutional amendment and enactment of the rates would “set the state on a more stable financial course.”

But Republican opponents argued the amendment and the accompanying tax-rate measure meant little and that it could open the door to higher taxes on the middle class. They also contended the wealthy and business owners could face targeted tax increases in the future, further weakening the state’s job climate and sending more people out of the state.

“We need to slow down and examine what it is in the context of how we compete with other states,” said state Rep. Keith Wheeler, an assistant House GOP leader from Oswego. “This is going the wrong direction. You don’t stop an exodus with a bill like this.”

Supporters, however, say there is nothing to prevent the current flat rate from increasing, though it would carry a bigger tax burden on lower-income earners.

Passage of the tax rates came after a historic vote Monday when the House agreed to ask voters to change the 1970 state constitution’s flat-rate mandate. The Senate approved the amendment earlier this month.

The vote was a major victory for Pritzker, who campaigned on taxing the highest-earning Illinois taxpayers at a higher rate as part of a larger plan to address the state’s unstable finances. The move set the stage for a fight between graduated tax proponents and foes leading up to the November 2020 ballot.

The constitutional amendment would require approval by 60% of those voting on the issue or a majority of voters in the election.

The House action came as details about the state’s proposed spending plan for the budget year that begins July 1 began to surface.

Many of the taxes that Pritzker had originally proposed have been taken off the table, Democratic sources said. Gone is a proposed statewide tax on plastic bags as is an increase in the cigarette tax, though the levy may become part of funding for a public works program.

The budget plan also counts on imposing the state’s sales tax on goods purchased over the internet as a result of a recent U. S. Supreme Court decision. The decision to not seek other taxes was a result of stronger-than-expected income tax receipts that are expected to continue going forward as a result of federal tax law changes.

But still on the table, the sources said, is a tax on managed care organizations that are used by the state to process claims under Medicaid, the federal-state health care system for the poor. Pritzker proposed $390 million in taxes that could also be used to leverage more Medicaid reimbursement from the federal government.